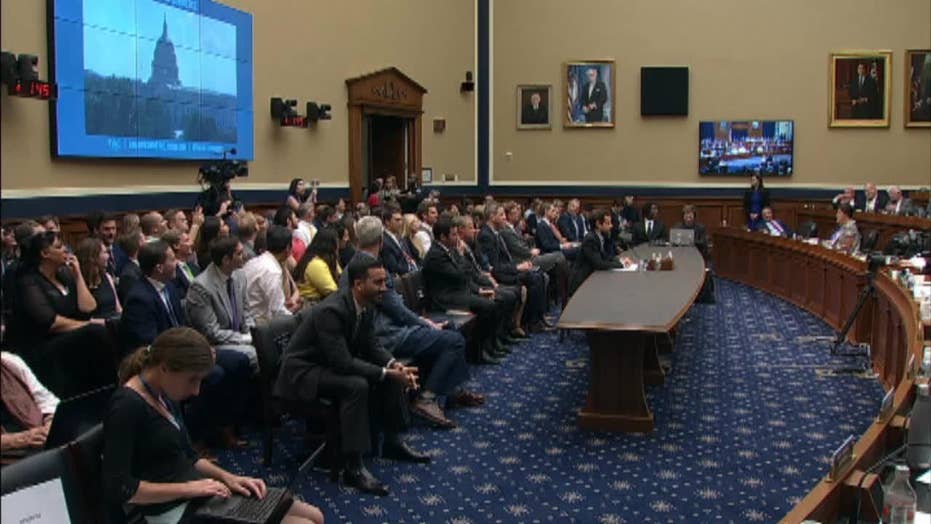 Rep. Billy Long, R-Mo., on Wednesday drowned out a protester who was shouting at Twitter CEO Jack Dorsey by using an auction call.

"That is why he is censoring and shadow banning conservatives," she added.

After Chairman Greg Walden, R-Ore., repeatedly called for Loomer to stand down in the hearing room, or else risk her removal, Loomer continued — which is when Long stepped in with a fast-talking auctioneer chant to drown her out.

Long chanted for a few minutes as Capitol Police worked to remove Loomer from the House Committee on Energy and Commerce panel.

"I yield back," Long joked to audible laughter, as the protester was escorted from the room.

The owner of Billy Long Auctions, LLC, Long worked as an auctioneer for 30 years in Missouri, according to his campaign site. He was also "voted best auctioneer in the Ozarks for seven years in a row."