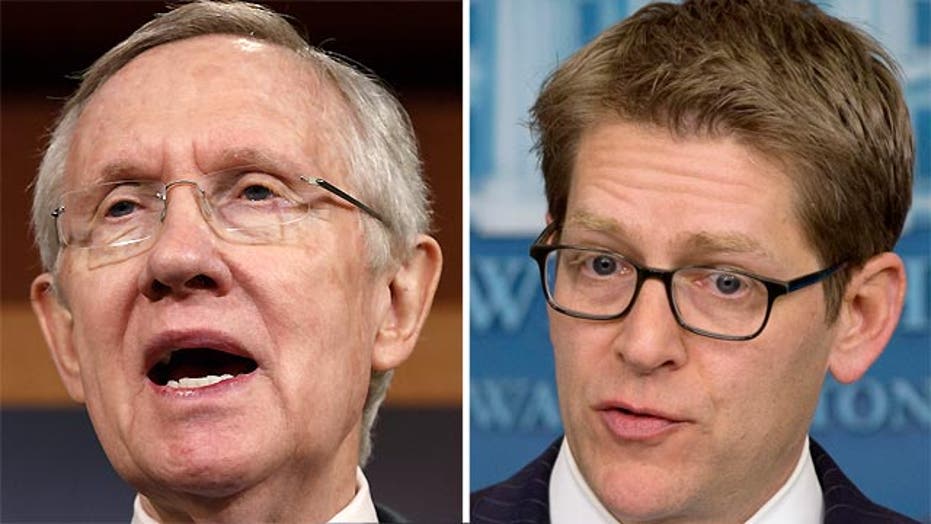 Despite Senate Majority Leader Harry Reid's claim earlier this week that ObamaCare "horror stories" weren't true, there are plenty of real people out there with real problems.

Reid managed to ignite a firestorm when he accused those who complain about canceled policies and higher rates under ObamaCare of flat-out lying.

"There's plenty of horror stories being told,” he said. “All of them are untrue, but they're being told all over America."

Tell that to Linda Deright, who told Fox News’ Neil Cavuto,"There must be six million of us, then. I think we should just call ourselves the liars' club."

Tom Gialanella of Seattle says he got a letter last fall canceling his old policy and laying out details of his ObamaCare option.

"My premiums would increase approximately 61 percent,"he says. I went from $891 a month to $1437 a month and also my deductibles all doubled."

Jeff and Victoria Haidet of North Carolina had been in a high risk pool, an expensive form of coverage for those with serious health problems, but found ObamaCare even more expensive.

"We were a little shocked to see that one come back at even higher rate than what our high risk insurance pool was. That rate came back at$950 a month for the policy, which had higher deductibles than what we had in the high risk pool," Jeff said.

All of which prompted Republican Senate leader Mitch McConnell to say, " These people across America, who are losing their insurance, whose jobs are being lost, are not making this up. And no amount of Harry Reid calling everybody a liar changes the facts."

Sen. Roy Blunt, R-Mo., who has given 11 speeches laying out horror stories from his constituents, also challenged Reid's accusations.

"I guess you think the active imagination of Missourians is just running wild because they're contacting our office constantly telling about higher premiums, higher deductibles, insurance they used to have that worked, and insurance that doesn't work," he said.

Those who feel they have been misled or find themselves forced to pay more than before are hardly a rarity. Some 6.2 million had their policies canceled last fall, many pushed into more expensive plans.

The Congressional Budget Office also recently found that ObamaCare will force two of three small businesses to pay higher rates than they do now and even many Democrats talk about the need to fix the law.