Paul on what Khashoggi's death means for US-Saudi relations

The Saudis say columnist Jamal Khashoggi was killed in a fistfight in their consulate in Istanbul; reaction from Republican Senator Rand Paul, a longtime critic of U.S. policy in the Middle East.

U.S. Sen. Rand Paul is intent on blocking a $110 billion arms sale with Saudi Arabia, which he labeled as a sponsor of terrorism during a Montana rally with Donald Trump Jr. on Saturday.

Paul, R-Ky., a member of the Senate Foreign Relations Committee, told a crowd in Missoula that the U.S. can no longer look away from Saudi Arabia’s bad behavior. His comments came during an event for Republican U.S. Senate candidate Matt Rosendale, the Hill reported.

“We have to think through this idea that everything is going to be blindly for Saudi Arabia. They’re involved in a war in Yemen where tens of thousands of civilians are dying,” Paul said.

The Saudis are the world’s biggest customer for U.S. military weapons and equipment, and are a key ally in the Middle East.

Paul has repeatedly called for greater scrutiny of the U.S.-Saudi relationship after U.S.-based writer Jamal Khashoggi was killed inside a Saudi consulate in Turkey on Oct. 2. 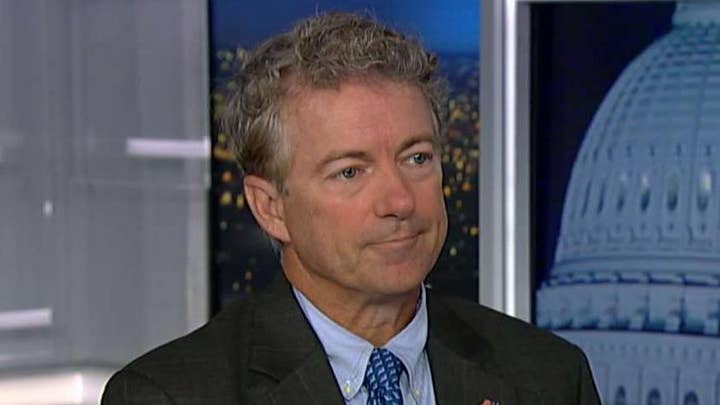 He also called for cutting off military aid to the country.

A letter sent to President Trump from both Republicans and Democrats on the committee could trigger the Global Magnitsky Human Rights Accountability Act, which requires the administration to investigate Khashoggi’s death and report back to Congress within 120 days.

Saudi Arabia could be hit with sanctions if its government officials are found to have violated Khashoggi’s human rights.

Paul called any proposed sanctions a slap on the wrist.

“I think sanctions are a way of pretending to do something. If you sanction the 15 thugs that the crown prince sent to [the consulate in Istanbul], you’re sanctioning 15 thugs and they’ll just get 15 more thugs,” he said.

“I think sanctions are a way of pretending to do something. If you sanction the 15 thugs that the crown prince sent to [the consulate in Istanbul], you’re sanctioning 15 thugs and they’ll just get 15 more thugs.”

Instead, he is pushing for a vote to block the arms sale.

“Cutting off the arms sales will make them wake up,” Paul told the Hill before he went onstage at the rally. “In fact, their air force would be grounded in two or three months if they didn’t have spare parts."

Earlier this month President Trump defended the arms deal as an economic boost.

“In terms of the order of $110 billion — think of that, $110 billion — all they’re going to do is give it to other countries and I think that would be very foolish of our country,” he said Oct. 13. 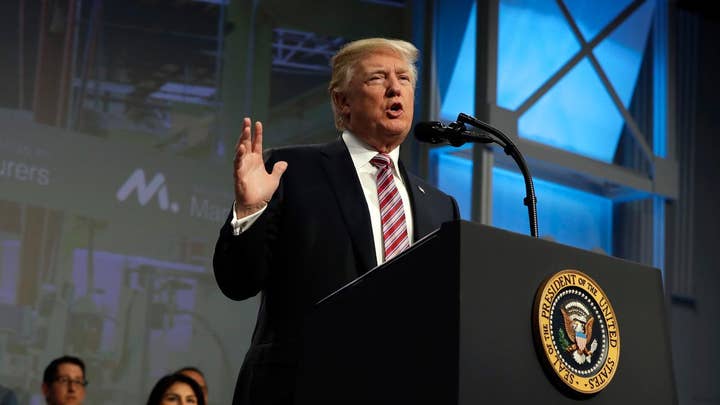 Trump Jr. did not mention Saudi Arabia during Saturday’s rally.

He reminded the crowd that 15 of the 19 hijackers involved in the 9/11 attacks were Saudis, and accused the kingdom of funding terror activities.

“Anyone remember who attacked us on 9/11?” he said. “Anybody heard of a madrassa? They have 20,000 madrassas in Pakistan funded by the Saudis that teach hatred of Christians, hatred of Jews, hatred of Hindus, throughout the world."

“Why do we have worldwide terrorism? The Saudis fund it,” he added.