Kentucky Sen. Rand Paul on Wednesday said he plans to introduce a bill this week to cut off all military aid to Saudi Arabia until missing Saudi journalist Jamal Khashoggi is returned alive.

Turkish officials believe Khashoggi vanished Oct. 2 after entering the Saudi consulate in Istanbul and was dismembered. A team of 15 Saudis flew into the country the day of his disappearance and are suspected of playing a role.

"To me, this is just one more reason why we should be very suspect about selling arms to the Saudis," Paul told Shannon Bream, host of 'Fox News @ Night.' "If they have the ability and also the audacity to go into another country and kill a journalist, these aren't the kind of people maybe that we want to be selling arms to."

President Donald Trump said Wednesday that he is demanding answers from the "highest levels" of the Saudi Arabian government, but he told Fox News that it was too early to commit to "what recourse we would take," if it turns out Saudi Arabia was involved in Khashoggi's disappearance.

"I think that would be hurting us," Trump said. "We have jobs. We have a lot of things happening in this country. We have a country that's probably doing better economically than its ever done before. A part of that is what we're doing with our defense system and everybody's wanting them, and frankly, I think that would be a very, very tough pill to swallow for our country."

His comments came after the fiancé of Khashoggi, a Washington Post contributor who often criticized the regime of Crown Prince Mohammed bin Salman, urged him to shed light on the matter. 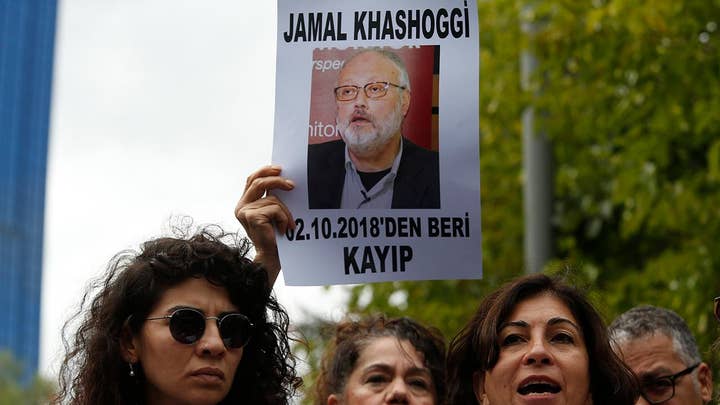 "I think you could say that there may not be proof that they've killed the journalist or even that the journalist has been killed yet," Paul said. "I don’t think that we actually need proof, but there’s enough to indicate that they were involved."

"What you do have evidence of is that the Saudis have been bombing civilians in Yemen for over a year now," he said.

“I think their growing opposition to what the Saudis are doing in Yemen and this just adds to it,” he continued.

Sen. Chris Murphy, D-Conn., endorsed a break in the U.S.-Saudi relationship in a tweet last week.

“If this is true – that the Saudis lured a U.S. resident into their consulate and murdered him – it should represent a fundamental break in our relationship with Saudi Arabia.”

Paul introduced a resolution a year to stop arms sales to Saudi Arabia that received only 25 votes, he said. A second attempt six months ago garnered 47 votes.

“I think if we were to have another vote in the next week or two, I think you’d actually get a majority of the Senate who says ‘Hey we need to back off.’”