EXCLUSIVE – Russian President Vladimir Putin, in an occasionally combative interview with Fox News’ Chris Wallace, called it “utterly ridiculous” that some people think the Russians could have swayed millions of American voters in the 2016 election, while insisting his country did not have dirt on President Trump or his family.

The Russian president sat down for the interview airing on “Special Report” Monday after his summit earlier in the day with President Trump and other U.S. officials in Helsinki, Finland. Trump has faced harsh bipartisan criticism back home for his press conference with Putin, with lawmakers claiming Trump missed a key chance to "stand up" to the Russian president on election meddling. 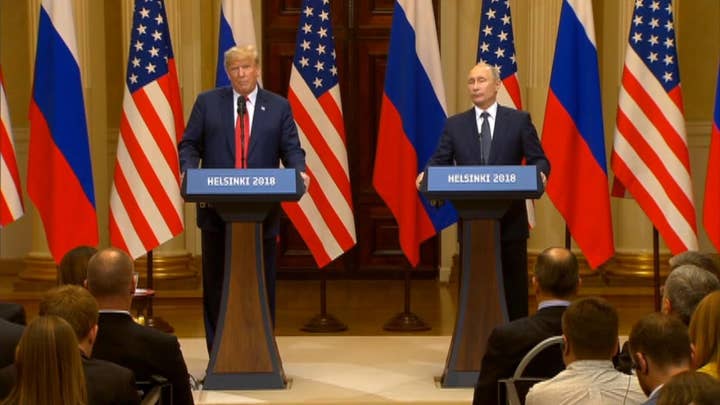 The summit came just days after the Justice Department announced the indictments of a dozen Russian intelligence operatives for allegedly hacking Democratic targets in the 2016 U.S. presidential election. At one point in the interview, Wallace tried handing Putin a copy of the indictment. But Putin motioned for him to put the papers on a side table instead.

“First of all, Russia, as a state, has never interfered with the internal affairs of the United States, let alone its elections,” Putin replied.

Putin also denied having “kompromat” -- or "compromising material" -- on Trump. Earlier Monday, after Putin and Trump’s joint news conference, House Democratic Leader Nancy Pelosi of California claimed Trump’s “weakness in front of Putin... proves that the Russians have something on the president, personally, financially or politically.”

“We don't have anything on them,” Putin said.

He added: “I don't want to insult President Trump when I say this -- and I may come as rude -- but before he announced that he will run for presidency, he was of no interest for us.”

The rumor of the Russians having compromising information on Trump was a central claim in the unverified and salacious dossier written by British ex-spy Christopher Steele and financed by Democrats that made its way to the FBI during the early stages of the Russia investigation.

“He was a rich person, but, well, there's plenty of rich persons in the United States,” Putin said of Trump. “He was in the construction business. He organized the beauty pageants. But no, it would never occur to anyone that he would think of running for president.” 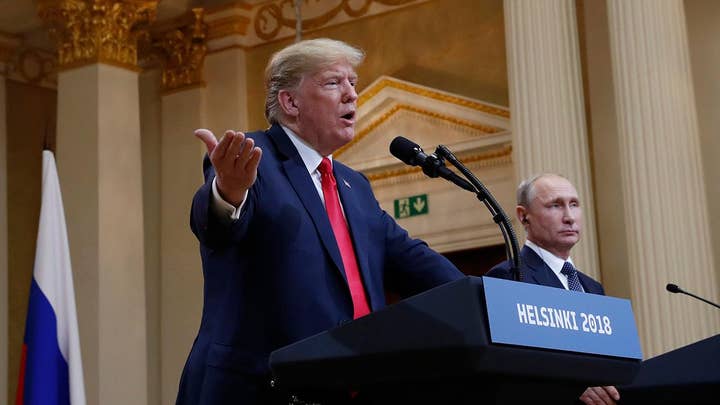 Putin argued Russia wouldn’t have the resources to track Trump had it wanted to do so. To make a point, Putin said the annual St. Petersburg Economic Forum usually draws 500 business leaders and most of them are industrial tycoons on a “greater scale” than Trump as a businessman.

“Do you think that our Special Services actually organized surveillance on each and every of them?” Putin said. “Well, unlike you, unlike the United States, we don't do this. We don't have enough resources. We don't have enough manpower to organize the total state of control. That's not part of our plans. And it's clear that we did nothing of that kind of against Mr. Trump.”

Also during the interview, Putin said Russia would respond “negatively” if NATO were to add either Ukraine or Georgia to the alliance.

“For us, well, it's a direct and immediate threat for our national security…moving this NATO infrastructure towards our borders would be a threat, and…the reaction would be extremely negative,” Putin said.

Asked if he has qualms about killing innocent men, women and children, Putin replied: “You know, when there [is] warfare going on -- and this is the worst thing that can happen [for] humankind – [victims] are inevitable, and there will always be a question of who’s to blame. I think it is the terrorist groups who are to blame who destabilized the situation in the country.” 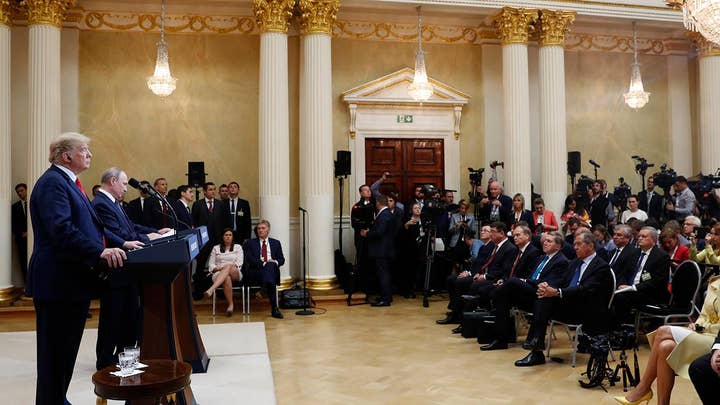 At one point, Putin told Wallace: “You are completely deceived, and I am very sorry that you do not know the real situation…about Syria.”

Wallace shot back: “But they don't end up dead.”

“Haven't presidents been killed in the United States?” Putin replied. “Have you forgotten about -- well, has [President John F.] Kennedy been killed in Russia or in the United States? Or [Dr. Martin Luther] King? What -- and what happens to the clashes between police and, well, civil society, and some -- several ethnic groups? Well, that's something that happens on the U.S. soil. All of us have our own set of domestic problems.”

During the interview, Putin also pushed back against the characterizations of him as a strongman, an autocrat.

“I'm not laying any claim to be this kind of a strongman that I'm being portrayed,” he said.