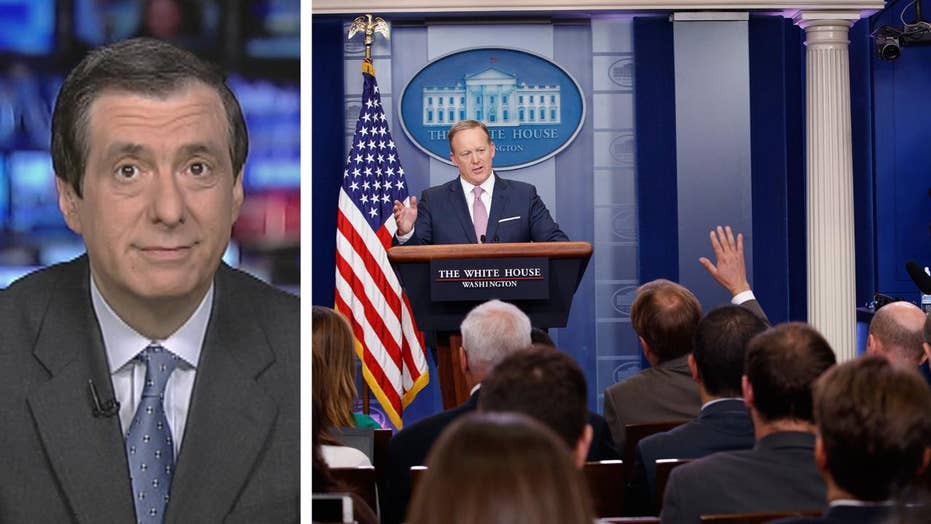 Kurtz: Would Trump dump the briefings?

The reaction of some Trump supporters to the president floating the idea of abolishing the White House briefings can be summed up thusly: Hell yeah!

Folks who root for this president, and can’t stand the press, are loving the idea.

But allow me to pose a question:

If President Obama had fired the FBI director, and then eliminated the Robert Gibbs or Jay Carney or Josh Earnest briefings, would that have been okay with these critics? Or would there be a storm of criticism about how Obama was crushing a free press and refusing to be accountable?

Partisanship aside, Trump’s suggestion does throw a spotlight on the daily briefings—in which Spicer gets good ratings, which is why the cable news channels carry him live—and how useful they are.

Let’s be clear: there’s a lot of posturing. It’s a television show. Journalists are trying to get their tough question (sometimes a repetitive question) on their shows and the press secretary is trying to get his best sound bites on all the shows.

There are gotcha questions too, although they may seem like legitimate queries if you’re on the other side of the partisan divide. Certainly there have been plenty of legitimate questions about the shifting explanations for the Comey firing.

On the White House side, there are sometimes deflections, non-answers and non-denials, as well as the dressing down of reporters—and it’s been that way for decades. The whole thing got ramped up when Mike McCurry put the briefings on camera during the Clinton years.

Many people don’t care if the press corps doesn’t get to ask questions. It’s a cliché, to be sure, but those briefings are the one regular chance for journalists to ask questions of a senior administration official on behalf of the public.

But even if you don’t buy that, the briefings are a golden opportunity for the White House to get its message out. Spicer or whoever is at the podium makes a long, unfiltered statement at the top, carried live to millions, and can drive a narrative with the responses to questions.

Putting out written statements, as the president mused about, doesn’t quite have the same level of interactivity.

And these days, the reporters are not just from the major media outlets but smaller websites, including conservative sites, as well as regional papers and international outlets.

Trump, who is his own best messenger, said maybe he’d hold a press conference every couple of weeks instead. Take out the “instead” part and I think that’s a fine idea.