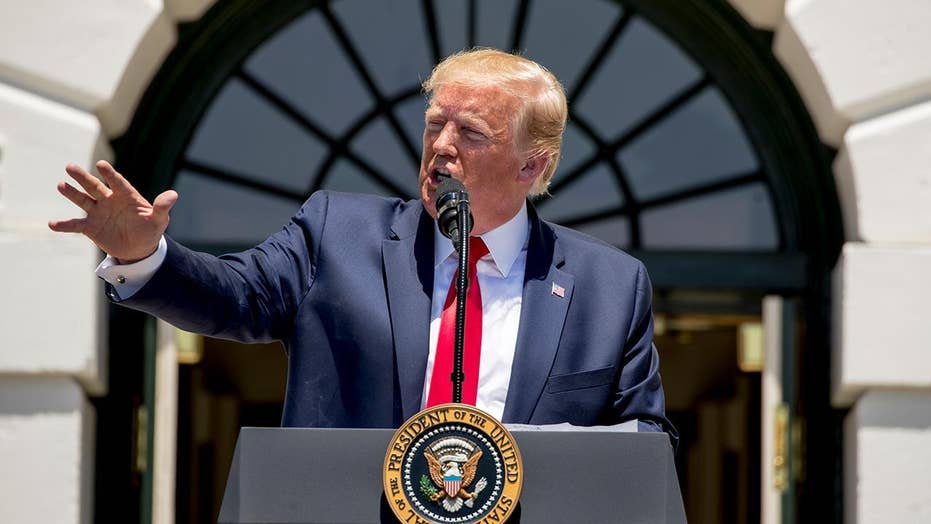 The president continues his feud with progressive freshmen lawmakers on Twitter as the House prepares a vote to rebuke his own comments on the group; Kristin Fisher reports from Capitol Hill.

Rep. Alexandria Ocasio-Cortez, D-N.Y., and her fellow freshmen progressives have raked in more than $2 million in campaign contributions during the second quarter of 2019.

After months of intraparty criticism, the squad -- Reps. Ayanna Pressley, D-Mass., Ilhan Omar, D-Minn., and Rashida Tlaib, D-Mich. -- each reported increases in fundraising totals. Ocasio-Cortez, perhaps the most well-known among them, led the pack with a whopping $1.4 million -- up from the $826,361 she raised in the first quarter of 2019.

Their numbers appeared to reflect a broader trend among Democratic newcomers who mostly raised hundreds of thousands of dollars, according to Federal Election Committee filings due on Monday. Politico reported that only eight of the 43 freshman members posted fundraising figures lower than $300,000. Collectively, swing-seat freshman Democrats raised $24 million for Q2. 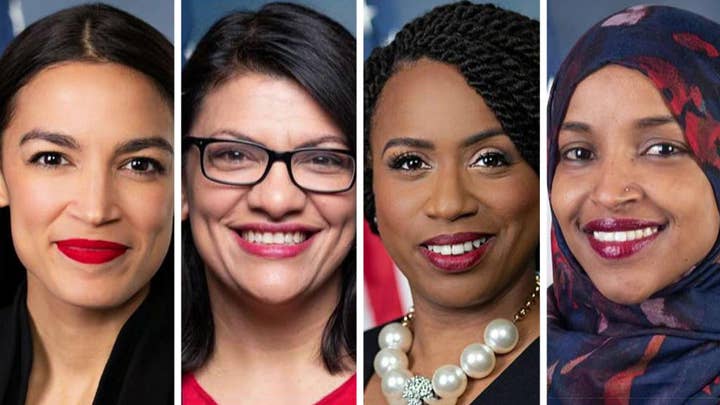 BIDEN: AOC AND ALLIES DON'T REPRESENT 'THE MAJORITY,' PELOSI 'KNOWS WHAT SHE IS DOING'

The totals came as the "squad" entered what was likely their most high-profile feud with the president of the United States. Prior to that spat, Ocasio-Cortez, and others garnered near-constant press coverage as they pushed the envelope with progressive policy stances and knocked fellow party members for their apparent reluctance to embrace those positions.

On Monday, those four held a press conference in which they denounced President Trump for his tweets that appeared to call on at least some of them to return to foreign countries instead of criticizing the United States.

The two top fundraisers among the four -- Omar and Ocasio-Cortez -- have a flurry of criticism in recent weeks and months. All four seemed to divide the party in July as they voted against a GOP-backed border funding package that Pelosi pushed through the House.

"These radicalized, criminal agencies are destroying families and killing innocent children," the four said of enforcement agencies before the vote. 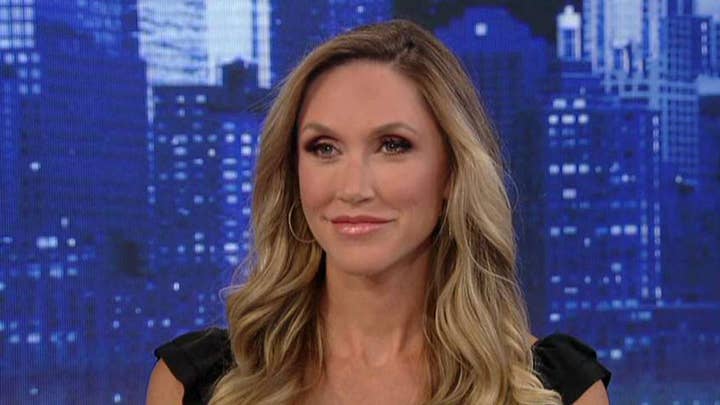 After Pelosi dismissed them as just "four votes" among a sea of other Democrats, she reinvigorated tension between her and the squad. After Trump's tweets, however, it appeared that those five were able to unite over opposition to the president.

Trump, meanwhile, seemed to hope that unity would tarnish leadership's public image before the 2020 elections.

Despite Pelosi's criticism, Ocasio-Cortez seemed to have a measurable impact on the 2020 presidential election. At least two of the party's frontrunners -- Sens. Elizabeth Warren, D-Mass., and Bernie Sanders, I-Vt. -- sought her endorsement and a slew of others referenced her "Green New Deal" in their proposals for tackling climate change.