Rep. Alexandria Ocasio-Cortez, D-N.Y.,  has only been in Congress for a matter of months, but in that short period of time she's been able to prompt widespread outrage and catch the attention of some of America's most prominent politicians.

The self-described Democratic Socialist has attracted criticism and surprise over controversial policies like the "Green New Deal," as well as her unorthodox political views that seemed to stun people on both sides of the aisle.

On Tuesday, AOC once again ignited a media firestorm when she continued bashing President Trump's administration by alluding to a term used to describe the horrific conditions Jews endured during the Holocaust. Here's a review of that comment and the many others that seemed to lead one pundit to dub her "the most powerful Democrat in office."

TOMI LAHREN: ALEXANDRIA OCASIO-CORTEZ IS RIGHT ABOUT THIS (YES, I MEAN IT)...

In what were perhaps her most controversial comments to date, AOC alluded to Nazi Germany while describing the way Trump detained migrant families on the border. "The fact that concentration camps are now an institutionalized practice in the land of the free is extraordinarily disturbing," she said during a livestream that went viral on social media.

Her comments quickly caught the attention of her colleague, House GOP Conference Chairwoman Liz Cheney, R-Wyo. Cheney, among others, suggested that the freshman congresswoman was grossly ignorant of history and disrespected Jews by bringing up a term often used to describe their imprisonment under the Nazis.

But Ocasio-Cortez and many others suggested her comments weren't outrageous because "concentration camps" were markedly different than the "death camps" that Holocaust victims experienced. Some weren't buying it, though, and Acting Immigration and Customs Enforcement Director Mark Morgan -- whose agency is partially responsible for detaining migrants -- even weighed in, calling her comments "reckless, irresponsible, misinformed and wrong."

The world will end in 12 years because of climate change 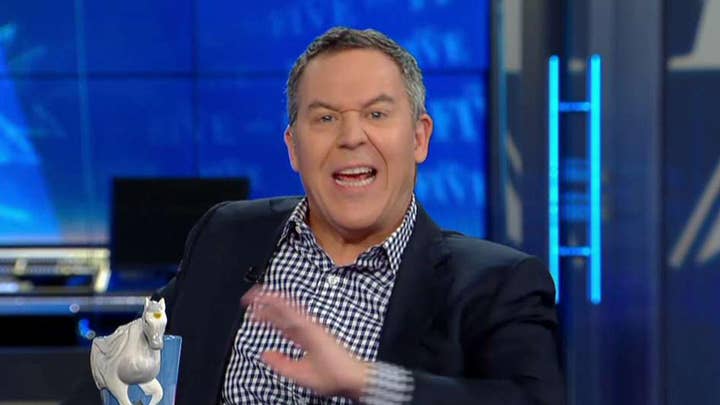 AOC started her congressional term with a bang -- proposing a multitrillion-dollar plan that would radically alter the economy with the goal of reducing carbon emissions. Initially dismissed as absurd by critics, her "Green New Deal" eventually made its way into Democratic presidential candidate's official policies.

While decrying the impacts of climate change in January, AOC seemed to conjure the most frequent conservative criticism of progressives on the issue -- namely, that they blow the threat way out of proportion. AOC not only invoked World War II, but suggested that the world would "end in 12 years." “Millennials and people, you know, Gen Z and all these folks that will come after us are looking up and we’re like: ‘The world is gonna end in 12 years if we don’t address climate change and your biggest issue is how are we gonna pay for it?'" she said.

Her comments received widespread ridicule, although two-thirds of Democrats shared that view. Months after her comments, she derided Republicans for failing to recognize the "dry humor + sarcasm" in her statement. "But the GOP is basically Dwight from The Office so who knows," she tweeted.

As a "Democratic Socialist," AOC has joined her colleagues -- Sens. Bernie Sanders, I-Vt., and Elizabeth Warren, D-Mass., -- in fiercely criticizing big corporations for their purported greed and oppression of working class Americans.

In June, the freshman congresswoman doubled down on her previous criticism of one of the biggest U.S. corporations -- online retail giant Amazon -- and claimed CEO Jeff Bezos was able to make billions in part because he paid his workers "starvation wages."

That obviously didn't go over well with Amazon which blasted her allegations as "absurd." "Amazon associates receive industry-leading pay starting at $15 an hour," an Amazon spokesperson said, citing the pay rate AOC and other progressives sought to install as the federal minimum wage.

As part of AOC's emphasis on race, she has derided as so-called "colonial" acts that the alleged perpetrators don't even realize were oppressive. She warned, for example, that New Yorkers should be wary of blindly planting food like Cauliflower in the Bronx.

During a video, AOC addressed people who complained that planting Yucca -- a plant often found in Mexico and Guatemala -- was too difficult. Where they apparently saw an attempt to avoid cumbersome gardening, she saw a perpetuation of imperial conquest. “But when you really think about it -- when someone says that it’s ‘too hard’ to do a green space that grows Yucca instead of, I don’t know, cauliflower or something -- what you’re doing is you’re taking a colonial approach to environmentalism,” she said.

“That is why a lot of communities of color get resistant to certain environmentalist movements because they come with the colonial lens on them.” Those comments seemed to foreshadow AOC's later claim that people were perpetuating "the legacy of colonization" when they pushed for Puerto Rican statehood.

Border agents are caging children and injecting them with drugs

AOC's concentration camp comments weren't the first time she blasted the way children were treated at the border. During a long Instagram session in April, the New York congresswoman appeared to accuse Customs and Border Protection agents of forcibly injecting child migrants with drugs and putting them in cages.

“At least I’m not trying to cage children at the border and inject them with drugs,” she told viewers. “That’s not a mistake. That is a deliberate policy to attack people based on their national origin. That’s not a mistake, that’s just hatred. That’s just cruelty. That’s just wrong!” She seemed to be referring to an earlier lawsuit claiming migrant children were forced to take psychotropic medication.

Republicans might have felt a sigh of relief when AOC compared them to "Office" character Dwight Schrute -- at least she wasn't likening them to a demon. During that same Instagram session in April, AOC said Republicans' negativity reminded her of actress Linda Blair in "The Exorcist."

“The reason Republicans hate me so much is because I confront them directly on their moral — their lack of moral grounding on so many issues and, not just that, but the reason they're so upset and they act like that girl in 'The Exorcist’ that's like vomiting pea soup, that’s like them and negativity,” she said.