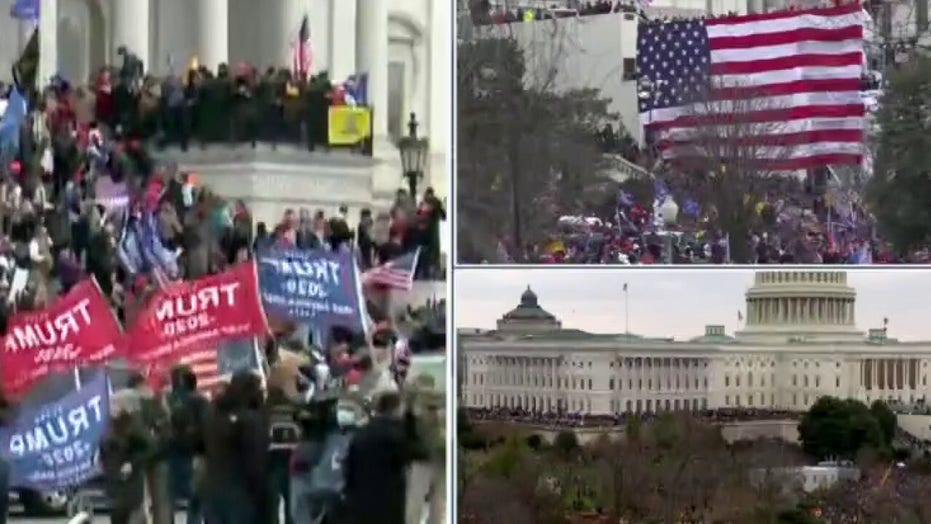 Amid chaos at the U.S. Capitol, one woman was shot in the neck and has succumbed to her injuries.

Video shows the woman, wearing a Trump flag, falling to the ground and becoming limp after she was shot in the chest. The woman was transported away from the Capitol just before 3 p.m. The shot was fired by a police officer. The victim was unarmed.

The woman has since died, D.C. Metropolitan Police confirmed to Fox News.

Congress recessed from its joint session Wednesday after chaos broke out at the pro-Trump rally just outside the Capitol. As protesters clashed with police and barricaded their way into the building, Vice President Mike Pence, who was presiding over the session, was evacuated and journalists, members and aides were told the shelter in place, lock doors and take cover. They were urged to wear gas masks as law enforcement fired tear gas to disperse the crowds.

Lawmakers were later evacuated shortly after an armed standoff just outside the House doors.

In video from the shooting, law enforcement officials appear to be physically blocking off a door as Trump protesters break the glass of the door and try to force their way through. Just as one protester is about to push his way through the broken glass, someone shouts, "He's got a gun!" and a shot is fired.