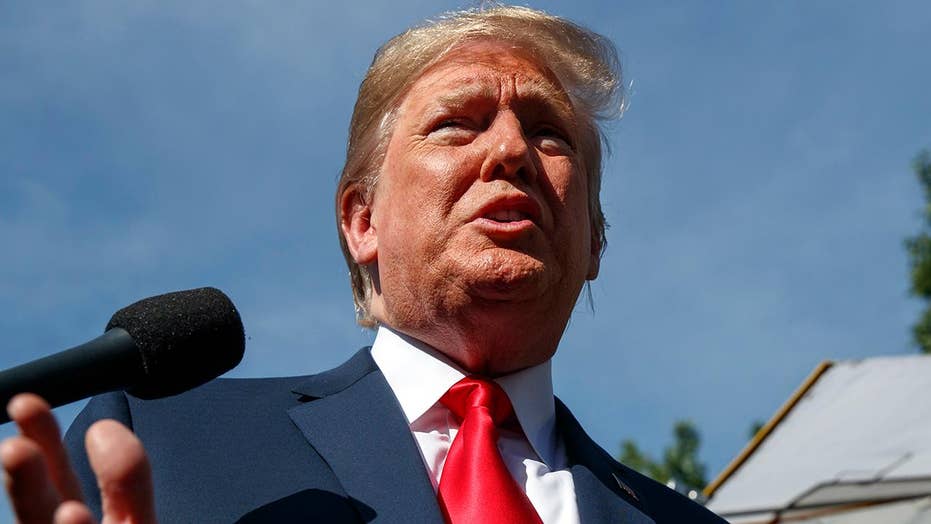 President Trump had a lot to get off his chest Friday – even by his standards.

In a unilateral media blitz that began early with the commander-in-chief breaking his silence on the long-awaited Department of Justice’s inspector general’s report and was highlighted by his surprise appearance on the “Fox & Friends” morning show, Trump took aim at a series of old and new adversaries.

He called ex-FBI Director James Comey the “worst” the bureau ever had. He said DOJ watchdog Michael Horowitz vindicated him, but ultimately “blew it.” He joked that Americans should stand up and take notice when he spoke. And he second-guessed a federal judge who ordered his old campaign manager jailed. 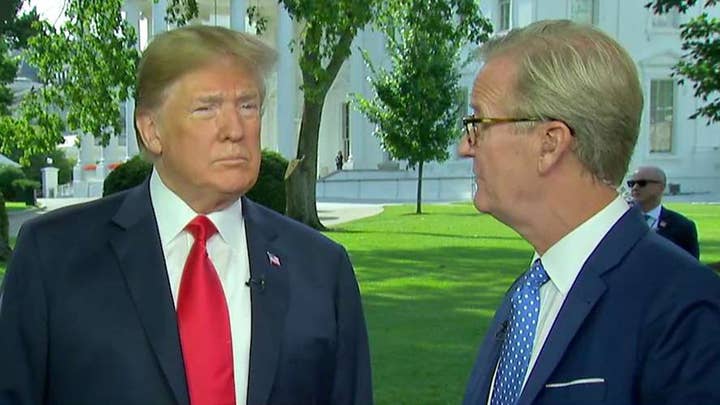 “Here Are the 10 Craziest Moments From Trump’s Bonkers 51 Minute Media Blitz,” read a headline on a Mediaite story, which included Trump touting his relationship with North Korean dictator Kim Jong Un and the president saying press secretary Sarah Sanders should have walked out of the White House Correspondents Dinner.

Early Friday morning, the president broke his silence on the scathing inspector general's report with a vengeance. By the afternoon, he had tweeted more than 15 times.

“FBI Agent Peter Strzok, who headed the Clinton & Russia investigations, texted to his lover Lisa Page, in the IG Report, that ‘we’ll stop’ candidate Trump from becoming President,” Trump tweeted. “Doesn’t get any lower than that!”

Twenty minutes later, the president tweeted: “The IG Report is a total disaster for Comey, his minions and sadly, the FBI. Comey will now officially go down as the worst leader, by far, in the history of the FBI."

A little before 8 a.m., the president noted that Fox News was broadcasting on the White House grounds.

“Wow, the highest rated (by far) morning show, @foxandfriends, is on the Front Lawn of the White House,” he tweeted. “Maybe I’ll have to take an unannounced trip down to see them?”

Not long after, the president, surrounded by a gaggle of reporters, made his way over to the cameras, arriving at "Fox & Friends" for an impromptu interview where he ripped the "scum on top" of the Obama-era FBI and said the IG "blew it." 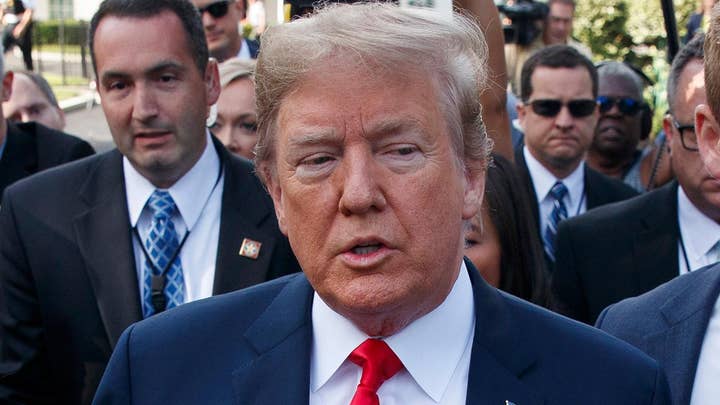 "I think Comey was the ringleader of this whole den of thieves," Trump said.

"If you took a poll at the FBI, [I would win]," Trump told host Steve Doocy. "I mean the real FBI, not the scum on top.”

Trump also touted his relationship with North Korea’s Kim, saying the two leaders have “a good chemistry,” and adding that he wants the people of the United States to “sit up and pay attention” when he speaks, like North Koreans do for the dictator of the rogue regime.

“We get along very well, we have a good chemistry,” Trump said. “I don’t know if that’s supposed to be popular or politically correct to say, but we did have good chemistry.”

The president spoke with "Fox and Friends" for about 30 minutes. He then spoke with the growing crowd of journalists from other outlets for another 20.

But Trump didn’t stop after that.

By the afternoon, he was tweeting about how Democrats “are forcing the breakup of families at the Border with their horrible and cruel legislative agenda.”

He then lamented a judge revoking bail for his former campaign manager Paul Manafort, sarcastically quipping: “Didn’t know Manafort was the head of the Mob.”

In another tweet, the president referenced the 2016 election, saying he “had to beat 17 very talented people including the Bush Dynasty, then I had to beat the Clinton Dynasty, and now I have to beat a phony Witch Hunt and all of the dishonest people covered in the IG Report...”

He then added: “And never forget the Fake News Media. It never ends!”