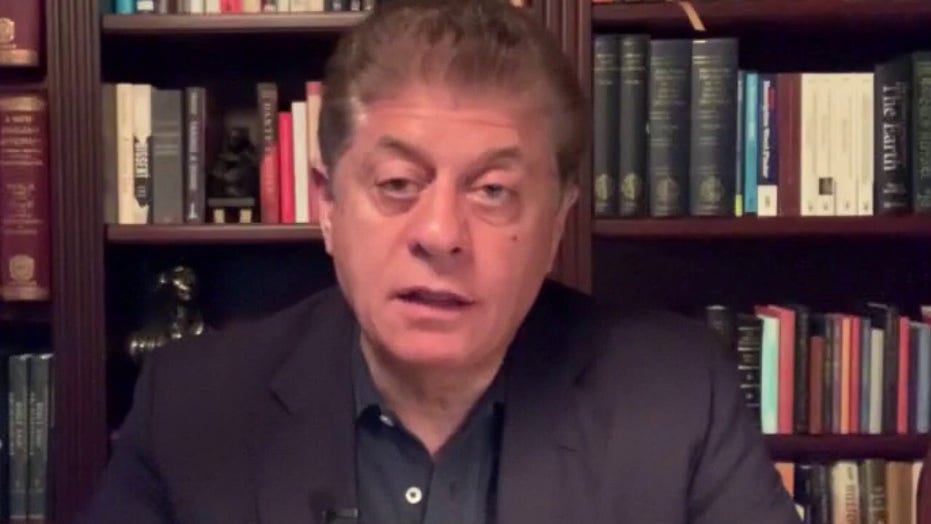 Napolitano: Sell the USPS to the highest bidder

The Postal Police Officers Association filed a lawsuit against USPS last week, arguing that its abrupt decision last month directing postal police officers to end mail protection exceeded the authority of Postmaster General Louis DeJoy and compromised the integrity of the mail and the safety of employees.

The lawsuit, filed in federal district court in Washington, D.C., calls the USPS’s Aug. 25 change “unwarranted, impermissible, and contrary to the language of the statute and also to collective bargaining promises it has made to the officers union.”

FILE: A United States Postal Service worker makes a delivery with gloves and a mask in Warren, Mich.  (AP)

The change was implemented the day after DeJoy’s testimony before Congress, following concerns that his recent policy changes risked jeopardizing the record number of mail-in ballots anticipated for the November presidential election.

“The Postal Service ordered its police officers to stop investigating and preventing mail theft and mail tampering, crimes against postal employees, and all community-policing efforts except within post office buildings,” PPOA’s lawsuit says.

The union argues that this policy change would break with decades of practice, noting that “countless individuals for all manner of crimes away from the postal real estate, either by themselves or in concert with other agents,” have been arrested.

The lawsuit, first reported by Politico, asks a judge to block this recent policy change and to declare that USPS managers “are acting in excess of their statutory authority by defying Congress’ direction that Postal Police Officers have law-enforcement authority to protect the mails and other postal property from postal real estate.”

Fox News has reached out to USPS for comment.

Also last week, a group of states filed another lawsuit over service cuts at the U.S. Postal Service, asking a federal judge to immediately undo some of them and arguing that the integrity of the upcoming election is at stake.

Postmaster General Louis DeJoy has already said he's halting some of the changes, including the removal of distinctive blue mailboxes and of sorting machines at some processing facilities.

However, two remain in effect, the states argue, noting the Postal Service is no longer treating election mail as the equivalent of first-class mail, and the so-called "leave behind" policy requires that postal trucks leave at certain times, whether or not there is additional mail to load.

DeJoy is scheduled to meet with the election committee of the National Association of Secretaries of State on Thursday, the same day the judge has scheduled oral arguments on the states' motion.