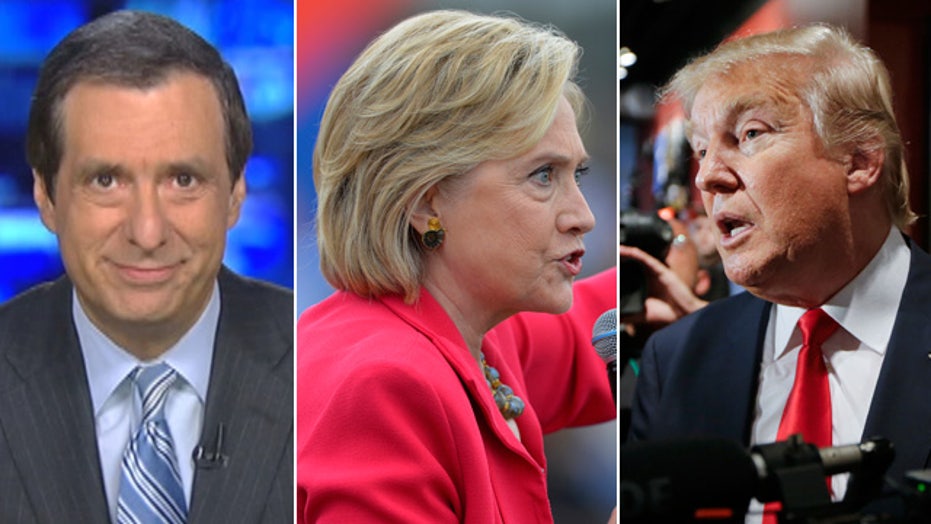 Hillary Clinton and Donald Trump are both out in front in the 2016 sweepstakes—and it turns out they’re pretty unpopular.

How is that possible?

A new ABC/Washington Post poll contains sobering news for both candidates—especially Hillary—on the question of favorability.

Which is an interesting way of looking at things.

But it’s not necessarily the perfect measure of whether you would vote for the candidate in question. Elections come down to messy choices. You might vote for someone you’re not wild about because you like the opponent even less.

Still, a sinking favorability rating is a neon warning sign that your campaign is struggling.

Negative views of Clinton “have jumped to nearly their highest on record” in the ABC/Post surveys. Some 53 percent of Americans view Hillary unfavorably, compared with 45 percent who have a positive view—a 7-point drop since midsummer.

That is hardly shocking when you consider that the email debacle has dominated coverage of Hillary’s campaign—indeed, she’s had trouble making news on anything else.

The last time that Hillary was this unpopular? Her unfavorable number was one point higher in April 2008, when she was getting clobbered in the Democratic primaries.

The news for Trump, who’s leading in every poll, is mixed. He’s deeper underwater than Hillary, with 59 percent viewing him unfavorably and 37 percent favorably. But that’s a 4-point improvement for him since mid-July.

But the opposite is true among nonwhite voters, who view Trump unfavorably by 17 to 79 percent.

But here’s why we shouldn’t get breathless about these numbers.

For starters, the actual voting doesn’t begin until next year. Past polling front-runners include Rudy Giuliani, Rick Perry and, yes, Hillary Clinton in 2007.

The presidential primaries are not a national contest. They’re a state-by-state slugfest. How you’re doing in Iowa, New Hampshire, South Carolina and Nevada is more important than some national numbers. Because if you win a couple of those early contests, it can fuel a huge surge that utterly changes the polls.

Barack Obama would not be president today if he hadn’t beaten Hillary in Iowa.

As a rough measure, though, favorability is very revealing. And at the moment, Hillary’s popularity is going in the wrong direction and Trump’s is inching in the right direction.