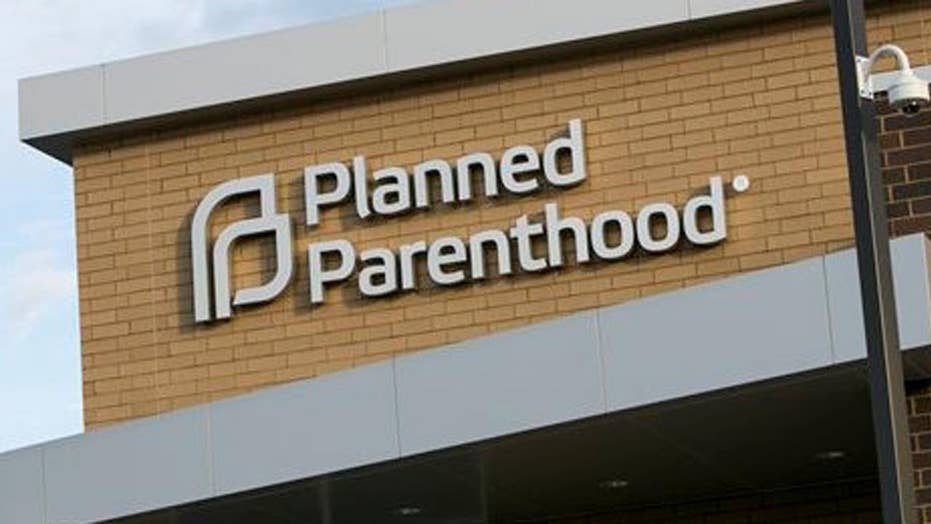 The Small Business Association has sent letters to the Planned Parenthood affiliates demanding the money back.

EXCLUSIVE: Thirty-seven Planned Parenthood affiliates applied for and received a total of $80 million in loans from the Paycheck Protection Program (PPP), Fox News' "Tucker Carlson Tonight" has learned -- and now the federal government wants the money back, saying the affiliates should have known they weren't eligible for the coronavirus stimulus payouts.

A Planned Parenthood affiliate in Metropolitan Washington (PPMW), for example, will receive a letter stating that although self-certified that it was eligible for a $1,328,000 PPP loan in accordance with the SBA's affiliation rules, it will need to return the money.

PPMW's request for money from the Trump administration came just months after the affiliate's president and CEO, Laura Meyers, promised to turn down federal funds.

The SBA warned more "severe penalties" were possible, beyond mandatory repayment. In particular, incorrect or false eligibility certifications by PPP recipients could result in criminal or civil sanctions if the SBA determined borrowers made knowingly false statements, the SBA letter read.

The letter explained that PPFA affiliates clearly were covered by the PPP affiliate rules. "PPFA's bylaws, a version of which is publicly available, reveal that becoming a PPFA affiliate requires a certification by the PPFA board," the document continued. "Once certified, "[e]ach Affiliate shall be governed by written bylaws, which conform to PPFA policies."

After this report was published, Sens. Marco Rubio, R-Fla., and Josh Hawley, R-Mo., called for an investigation and said the money needed to be returned, warning that criminal prosecution may be appropriate. Rick Scott, R-Fla., and James Lankford, R-Okla., also demanded Planned Parenthood return the funds.

Rubio, who has served as chairman of the Senate Committee on Small Business and Entrepreneurship, said Planned Parenthood's violation of PPP rules was "clear."

“There is no ambiguity in the legislation that passed or public record around its passage that organizations such as Planned Parenthood, whose parent organization has close to half a billion dollars in assets, is not eligible for the Paycheck Protection Program,” Rubio said. “Those funds must be returned immediately. Furthermore, the SBA should open an investigation into how these loans were made in clear violation of the applicable affiliation rules and if Planned Parenthood, the banks, or staff at the SBA knowingly violated the law, all appropriate legal options should be pursued.”

Later Tuesday evening, Hawley tweeted: "The money needs to be recovered and if anybody knowingly falsified applications, they need to be prosecuted."

Added Scott: "Yet another example of the #PPP program being misused. Florida’s taxpayers should not be footing to bail out a huge organization like Planned Parenthood. This money should be returned immediately."

Lankford, meanwhile, wrote that "every dollar Planned Parenthood took from PPP was a dollar that did not get to legitimate small businesses."

"With an annual budget of over one billion dollars and the explicit Small Business Administration affiliation rules made it clear that Planned Parenthood was not and is not eligible for the Paycheck Protection Program," Lankford wrote. "Like other large organizations that returned monies they were not eligible for, Planned Parenthood should immediately repay the American people the money they took from deserving small businesses and non-profits."

COULD ROE V. WADE BE OVERTURNED?

“Across the country, Planned Parenthood refused to cease its abortion operation in wake of the pandemic, hoarding personal protective equipment and putting its staff and women at risk," a spokesperson for the SBA List told Fox News.

"It is rich that they, in turn, feel entitled to taxpayer dollars meant to help businesses in need," the spokesperson continued. "After decades of feeding at the taxpayer’s trough while running the nation’s largest abortion operation, they have over a billion dollars in net assets. They should return this funding immediately. We thank President Trump for his strong commitment to stop taxpayer funding of abortion and abortionists like Planned Parenthood.”

At the same time, Planned Parenthood claimed abortion constituted just a small percentage – 4 percent in 2018-2019 – of its services, and that federal funds didn't go directly to abortions.

Some 98 percent of PPP loans have been less than $1 million; the program has provided an average loan of $118,000. Canceled or returned funds can be used during future PPP rounds.

Republicans have strongly resisted reported efforts from some Democrats to push abortion-related spending amid the pandemic. In March, The Daily Caller reported House Speaker Nancy Pelosi, D-Calif., tried to include federal funding for abortion in the coronavirus stimulus bill.

That might set a precedent for health-related spending without the protections of the Hyde Amendment, a compromise restricting federal funds for abortion in most cases.

"A new mandatory funding stream that does not have Hyde protections would be unprecedented," a White House official said. "Under the guise of protecting people, Speaker Pelosi is working to make sure taxpayer dollars are spent covering abortion — which is not only backwards, but goes against historical norms."