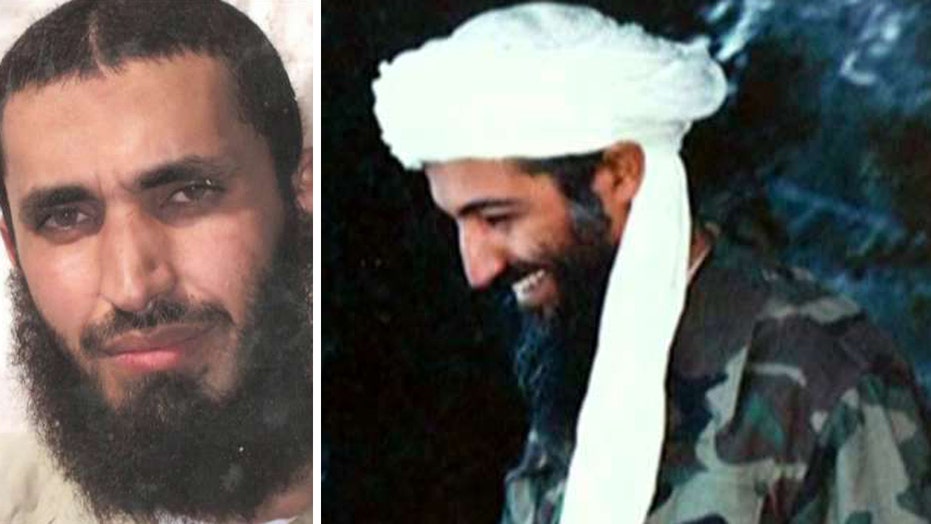 Bodyguard released to Montenegro after 14 years in Guantanamo

Al-Rahabi arrived at the naval base from Yemen in Cuba in 2002 after being accused of serving as the body guard for former Al Qaeda leader Usama bin Laden. He was cleared for release in March 2014 after an intense security review. But the White House doesn’t send Guantanamo prisoners back to Yemen because of the country’s ongoing civil war.

“The United States is grateful to the Government of Montenegro for its humanitarian gesture and willingness to support ongoing U.S. efforts to close the Guantanamo Bay detention facility,” the Pentagon said in a statement. “The United States coordinated with the Government of Montenegro to ensure this transfer took place consistent with appropriate security and humane treatment measures.”

This was the second prisoner this year resettled in Montenegro amid a renewed push by the Obama administration to whittle down the number of men held at Guantanamo even as Congress continues to prevent the closure of the detention center with a prohibition on transferring prisoners to the U.S.

There are still 79 prisoners that remain at Guantanamo, including 29 who have been cleared to be sent home or to other countries for resettlement.

Officials expect to release most of those cleared in the coming weeks, leaving mostly men who have been charged or convicted by military commission for war crimes or who authorities believe are too dangerous to release.

The U.S. opened the detention center in January 2002 to hold foreign fighters suspected of links to the Taliban or the Al Qaeda terrorist organization. At its peak, the facility held about 680 prisoners. There were 242 when Obama took office pledging to close the detention center within a year.

Al-Rahabi had been at Guantanamo since shortly after it opened. A Pentagon profile released before he appeared before a review board in 2013 said he had traveled from his homeland to Afghanistan and "almost certainly" became a member of Al Qaeda. But he was never charged with a crime, and authorities ultimately decided he did not pose a security threat and could be released.

While in custody, al-Rahabi studied English, worked with military officials to help ease tensions in the detention center and worked with several fellow prisoners on an extensively detailed plan for a post-Guantanamo agricultural enterprise, the "Yemen Milk and Honey Farms Limited," according to his lawyer, David Remes.

He was desperate to get out of Guantanamo and reunite with his wife and daughter. "He's been waiting for this for a long time," Remes said.

The lawyer, who has represented more than two dozen prisoners at Guantanamo over the years, said there has been a notable sense of relief among men he has met with at the base in recent weeks.