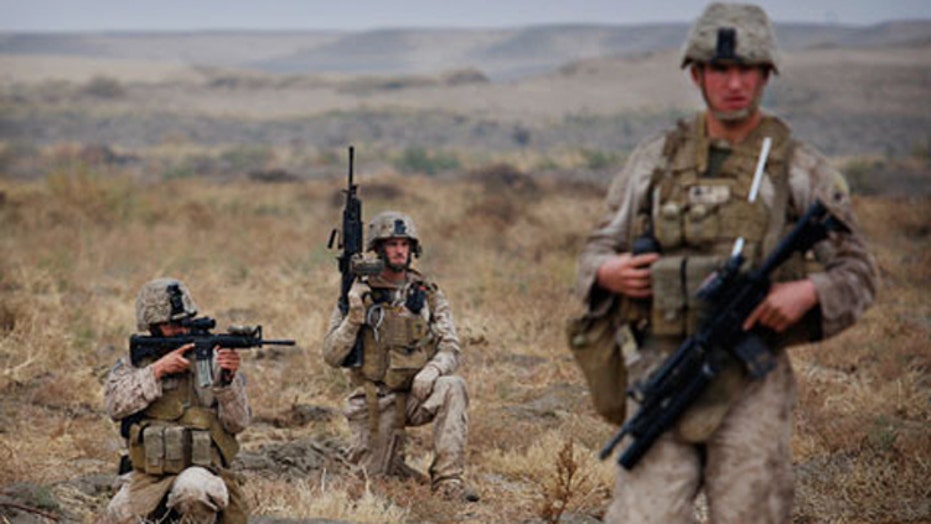 Will sending additional US troops to Iraq help ISIS fight?

The official said that the White House had not made a final decision on the recommendation, which would bring the total number of American troops in Iraq to approximately 3,400. That number includes trainers, advisers, security and other logistical personnel. The plan is not likely to include the deployment of U.S. forces closer to the front lines to either call in airstrikes or advise smaller Iraqi units in battle

The Pentagon also plans to open a sixth training base in Iraq's Anbar province, a vital battleground against the terror group. No Iraqi troops are currently being trained by U.S. forces at the al-Asad airbase in Anbar.

The Pentagon says that the additional forces and base are aimed at bolstering the number of Sunni Muslims in the fight against ISIS. Currently, there are 2,598 Iraqi forces being trained by U.S. forces. Of that number, about 800 are Kurds and the rest are Shiite Muslims.

Gen. Martin Dempsey, chairman of the Joint Chiefs of Staff, told reporters traveling with him in Israel that it's not clear yet whether opening new training sites would require additional American forces.

"To be determined," Dempsey said. He added that Gen. Lloyd Austin, the U.S. Central Command chief who is responsible for U.S. military operations across the Middle East, had not yet given Dempsey his assessment of whether more resources would be required to implement the proposed changes.

"And that's appropriate, because I want to first understand that we have a concept that could actually improve (Iraqi military) capability," he said.

Dempsey said he has recommended changes to President Barack Obama but he offered no assessment of when decisions would be made. He suggested the president was considering a number of questions, including what adjustments to U.S. military activities in Afghanistan and elsewhere in the world might be needed if the U.S. does more in Iraq.

Dempsey said the Pentagon also is reviewing ways to improve its air power in Iraq, which is a central pillar of Obama's strategy for enabling Iraqi ground forces to recapture territory held by ISIS.

Dempsey said Obama recently asked his national security team to examine the train-and-equip program and determine ways to make it more effective. Critics have questioned the U.S. approach, and even Defense Secretary Ash Carter has raised doubts by saying the collapse of Iraqi forces in Ramadi last month suggested the Iraqis lack a "will to fight."

Carter, during a recent trip to Asia, also said it's crucial to better involve Sunnis in the fight, and that will mean training and equipping them.

The viability of the U.S. strategy is hotly debated in Washington, with some calling for U.S. ground combat troops or at least the embedding of U.S. air controllers with Iraqi ground forces to improve the accuracy and effectiveness of U.S. and coalition airstrikes. Dempsey was not specifically asked about that but gave no indication that Obama has dropped his resistance to putting U.S. troops into combat in Iraq.

"What he's asked us to do is to take a look back at what we've learned over the last eight months of the train-and-equip program, and make recommendations to him on whether there are capabilities that we may want to provide to the Iraqis to actually make them more capable, ... whether there are other locations where we might establish training sites," and look for ways to develop Iraqi military leaders, he said.

Dempsey said there will be no radical change to the U.S. approach in Iraq, he said. Rather, it is a recognition that the effort has either been too slow or has allowed setbacks where "certain units have not stood and fought." He did not mention the Ramadi rout specifically, but Dempsey previously has said the Iraqis drove out of the city on their own.

"Are there ways to give them more confidence?" This, he said, is among the questions Obama wanted Dempsey and others to answer.

Dempsey said recommendations on how to improve and accelerate the Iraq training efforts were discussed at a White House meeting last week and said follow-up questions were asked about how the proposed changes would be implemented and what risks they would pose to U.S. troops and to U.S. commitments elsewhere in the world.

He stressed that the U.S. military is deeply involved across the globe, even as its budget is shrinking.

"You know our capabilities are in high demand to reassure European allies," he said. "We've got additional issues in the Gulf related to reassuring allies against Iranian threats."

Dempsey added that the U.S. is "still hard at it in Afghanistan," doing more in South Korea and accounting for the fact that some U.S. allies in Asia are "unsettled" by China's building of artificial islands in the South China Sea.