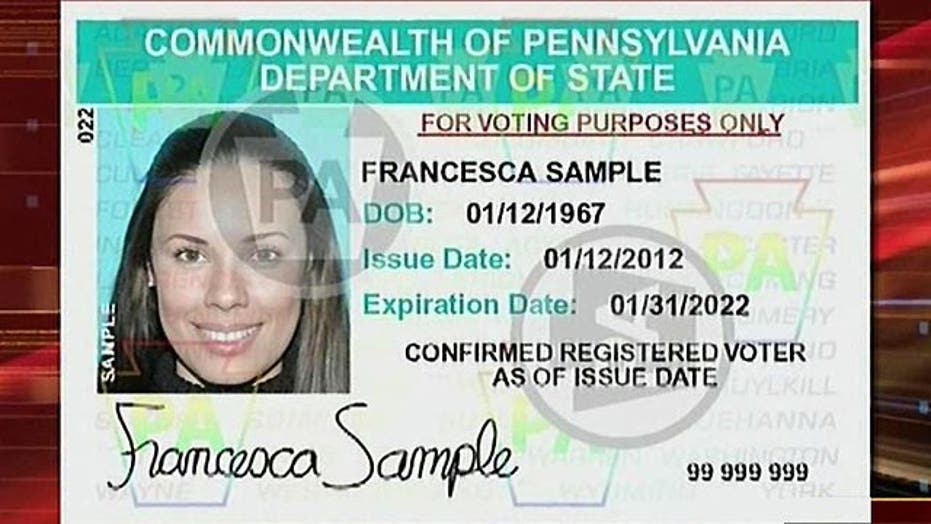 Opening arguments were held Monday in Pennsylvania Commonwealth Court over the state’s controversial requirement that all voters in this key swing state provide photo I.D. when voting.

The law has been in place for the last three elections but has not yet been enforced because of temporary injunctions.

The issue: does the existence of a voter I.D. law bar people from exercising their right to vote?

“The trial is about the implementation,” he says. “Right now, in Pennsylvania, any eligible voter that needs an I.D. can get an I.D. free of charge.”

Supporters contend that voter I.D. will prevent voter fraud and ensure the integrity of the electoral process. But opponents charge that it will disenfranchise hundreds of thousands of people, especially minorities, who do not have a photo I.D., and that the measure was a Republican-led effort that was enacted for political reasons.

“This is a national agenda that is sweeping through our country, and unfortunately Pennsylvania is one of those battleground states that has been selected to implement this law,” she told Fox News.

The plaintiffs say the state has submitted that there is no evidence of voter fraud, but others have documented problems.

In detailed report issued in July of last year, Philadelphia Republican City Commissioner Al Schmidt found “hundreds of cases of voting irregularities” during the 2012 Primary election in that city, such as “voting by non-registered individuals, voting by individuals in the incorrect partys primary, voter impersonation, voting by non-U.S. citizens,” and “voting more than once.”

The state is confident that “the law will stand up in court,” and points out that people can get an I.D. at any one of 71 offices throughout the state. In some cases, people don’t even need to provide any documents…or any written proof of who they claim they are, such as a utility bill, to get one.

“You don’t have to show anything, all you have to do is show up,” says Hagen-Frederiksen.

About 8.2 million voters are registered in the state, and estimates claimed that roughly 759,000 residents lacked a photo I.D. Fewer than 20,000 are reported to have obtained one.

Some have questioned if those lacking a photo I.D. have any intention of getting them or of voting in the first place, or if having to go to a state office for an I.D. is enough of an obstacle to voting in itself.

The American Civil Liberties Union presented two witnesses at the Harrisburg court, both women in their early '90's, who testified via videotape that they could not obtain a voter I.D. because of their fragile health and inability to drive.

Plaintiff lawyer Michael Rubin says one called the state, and the other was fearful of the long lines to apply.

"Should she put her own life in her hands to get an I.D?," asked Rubin. "Getting there is only half the battle, it’s getting there, standing in line, waiting, no chairs, nowhere to sit, it is not something she could do...its thousands of others just like that."

"They don't have I.D.'s because they have not attempted to obtain them," says Hagen-Frederiksen, who added that the state provides"numerous" accommodations for people having trouble.

“You are making people go to a place that is not convenient,” says plaintiff lawyer David Gersch about the state's system. He points out that nine counties lack the type of state office that distributes I.D.s, and the plaintiffs say that in 11other counties the offices are only open one day a week.

Representative Lowery Brown says that some of her constituents have been turned away from state offices when they applied, or had to repeatedly return before they got one.

Judge Bernard L. McGinley is expected to issue his ruling in a few weeks, but whatever he decides is expected to be appealed by the losing side to the Pennsylvania State Supreme Court