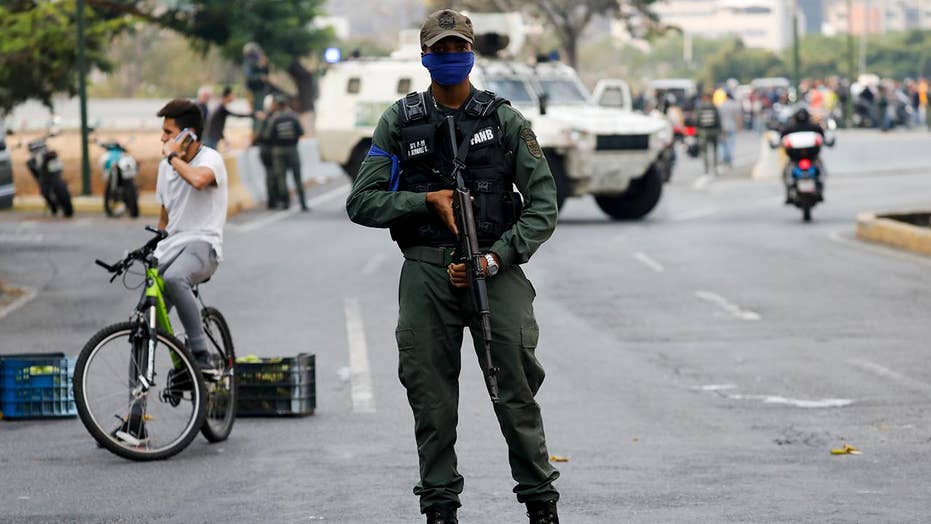 The Trump administration voiced full support Tuesday for Venezuelan opposition leader Juan Guaidó as he led a contingent of heavily armed troops into the streets of Caracas amid a call for the military to rise up and oust the South American nation’s disputed president, Nicolás Maduro.

“To [Guaidó], the National Assembly and all the freedom-loving people of Venezuela who are taking to the streets today in #operacionlibertad—Estamos con ustedes!” Vice President Pence tweeted. “We are with you! America will stand with you until freedom & democracy are restored. Vayan con dios! #FreeVenezuela.”

The Pentagon also weighed in from afar, with Acting Defense Secretary Patrick Shanahan backing Venezuelans' "quest for freedom and democracy as they take back their country."

Meanwhile, President Trump tweeted a brief statement saying he's monitoring closely, and the U.S. stands with the "People of Venezuela and their Freedom."

White House Counselor Kellyanne Conway said the administration stands with the president of Venezuela’s National Assembly and the White House is “watching and waiting” to see what unfolds in Caracas.

Conway added that it's time for Maduro – a socialist who took power following the death of late Venezuelan leader Hugo Chávez in 2013 – to go and that the U.S. is pushing for "a peaceful transition of power."

"We're watching and we're waiting,” Conway said. “We hope the result is democracy and freedom for the people."

Guaidó – who is recognized by the United States and 53 other governments as the acting Venezuelan president – took to the streets on Tuesday morning alongside fellow Venezuelan politician and former political prisoner Leopoldo López. 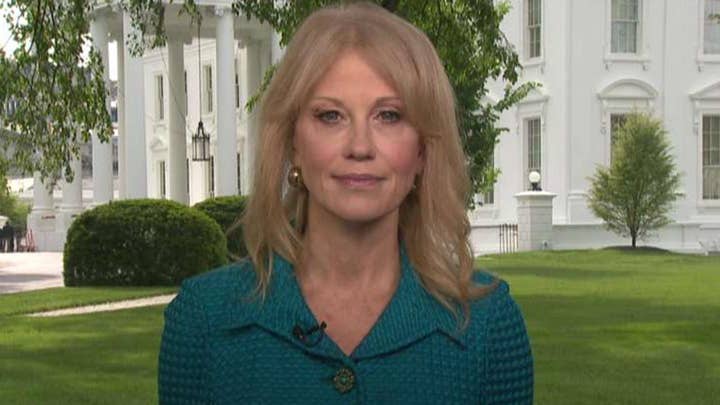 "This is the moment of all Venezuelans, those in uniform and those who aren't," said Lopez in his first public appearance since being detained in 2014 for leading anti-government protests. "Everyone should come to the streets, in peace."

Speaking in a video shot at a Caracas air base, Guaidó said soldiers who took to the streets would be acting to protect Venezuela's constitution and called for the rest of the military to join him.

He made the comments a day before a planned anti-government rally.

America's top diplomat, Secretary of State Mike Pompeo, also threw his support behind Guaidó’s uprising – tweeting on Tuesday that the “U.S. government fully supports the Venezuelan people in their quest for freedom and democracy.”

National Security Advisor John Bolton said “Venezuelans have made clear that the current path toward democracy is irreversible.”

“Venezuela’s military has a choice: embrace democracy, protect civilians and members of the democratically-elected National Assembly, or face more man-made suffering and isolation,” Bolton, a major proponent of regime change in Venezuela, added.

Maduro said on Tuesday that top Venezuelan military leaders have assured him of their loyalty, while the country Foreign Minister Jorge Arreaza argued that Guaidó’s uprising will soon be squashed. The Maduro regime has labelled Guaidó's call for an uprising a coup d'etat.

In a tweet sent Tuesday, Maduro called for "the maximum popular mobilization to assure the victory of peace."

Outside the country’s presidential palace, hundreds of Maduro supporters gathered – chanting popular slogans of support for the contested leader while a man on a truck has handed out large posters of Maduro with the Venezuelan flag behind him. 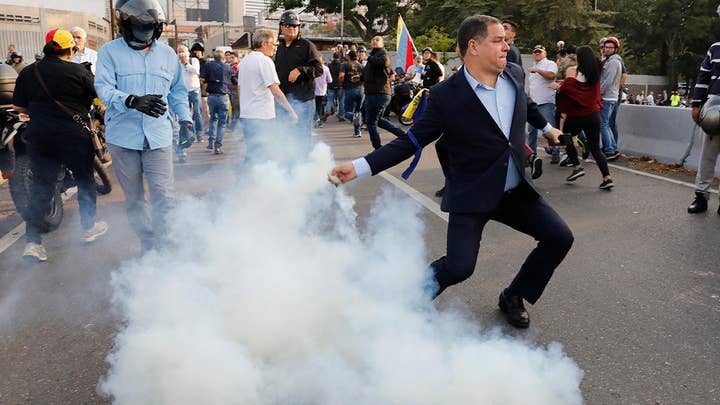 The situation has been exacerbated by Maduro, Chávez’s successor, who took power in 2013, and by a plunge in global oil prices in 2015.