Vice President Mike Pence is set to meet Tuesday with the families of six Citgo executives being detained in Venezuela. Five of the detainees are U.S. citizens.

Pence will demand the release of the "wrongfully detained American citizens," White House officials said, according to the McClatchy D.C. Bureau. The vice president also will call on Venezuelan leader Nicolas Maduro to release all political prisoners "immediately and unconditionally," the report said, citing the officials.

“The vice president will make it clear once again: Maduro must go!” a White House official said. “The Trump administration stands with the people of Venezuela, and will continue to take decisive actions targeting the Maduro regime until democracy, freedom and human rights are restored in Venezuela.”

“The Trump administration stands with the people of Venezuela, and will continue to take decisive actions targeting the Maduro regime until democracy, freedom and human rights are restored in Venezuela.”

The executives from Citgo Petroleum have been jailed in Venezuela since 2017, Reuters reported. They were arrested in Caracas during corporate meetings of Citgo.

The family members will also meet with U.S. Secretary of State Mike Pompeo, the report said, citing the White House. 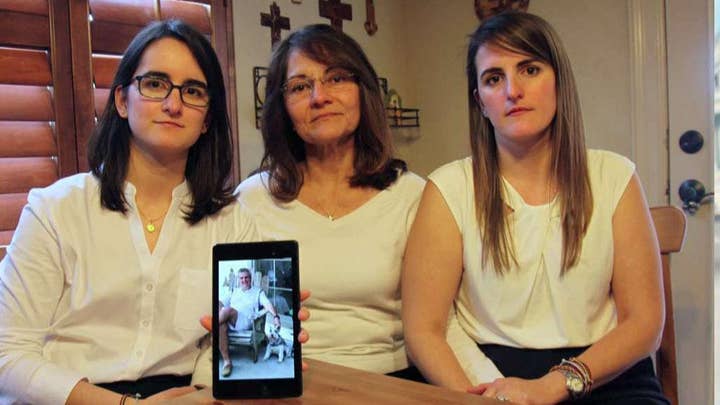 The White House did not provide specific details about which family members will meet with Pence or whether children will attend, the report said.

Pence on Friday will visit Houston to give a speech on the political turmoil and economic crisis in Venezuela. The White House said in a statement that Pence will address students and members of the local Venezuelan community at Rice University's Baker Institute for Public Policy.

Houston is home to a large Venezuelan immigrant community, as well as the corporate headquarters of Citgo.

Rosales is rallying international support of the ouster of Maduro, and has emerged as a prominent figure in her husband's campaign to bring change to the country wrought with crisis.

"We are with Venezuela," the president said at the start of a meeting with Rosales and other opposition figures. "What's happening there should not be happening."

The United States was the first nation to recognize Guaido as interim president, asserting that Maduro's re-election last year was illegitimate, and has stepped up sanctions and other diplomatic measures in hopes of forcing him to give up power.

Pence called on governments around the world to stop supporting the Maduro government, singling out Russia for its deployment of military forces to the country over the weekend.

"The United States views Russia's arrival of military planes this weekend as an unwelcome provocation and calls on Russia today to cease all support for the Maduro regime," the vice president said.