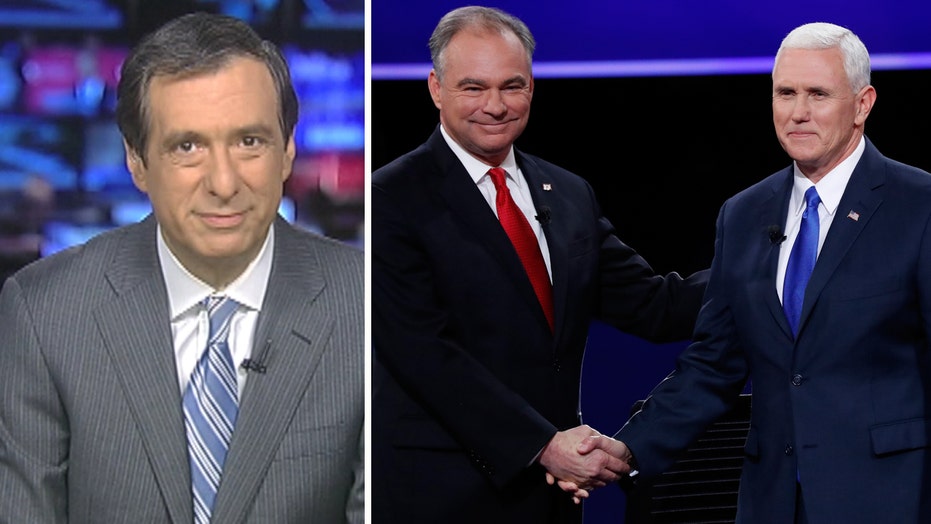 She denied reports that Trump—who live-tweeted the VP debate, of course—was not pleased with how Mike Pence defended him.

And pundits are speculating that Pence passed up numerous opportunities to parry attacks on Trump because he was more interested in establishing his own brand with an eye on 2020.

“To some observers, it was a sign that the Indiana Governor’s debate strategy was also designed to protect his own political future in the event of a Trump loss,” says Time.

Welcome to the post-debate spin wars, which, as it turns out, rage as hot and heavy after the running mates face off as after the Trump-Clinton clash.

The usual standards don’t apply to this one, since it was a proxy war about the top of the ticket –with the two candidates pursuing starkly different strategies. A CNN snap poll had Pence winning 48 to 42 percent, but that may be beside the point.

As I sat watching the chaotic 90 minutes in Farmville, Va., I thought it was odd that Kaine, usually a gentlemanly senator, attacked Trump so relentlessly and repetitively that it seemed he had had 29 cups of coffee.

But Kaine apparently didn’t care if he “won” or “lost.” His job was to throw as many anti-Trump grenades as possible, even if he got hit by the shrapnel. Kaine repeatedly ignored Quijano’s questions in the process, at one point turning a discussion of 9/11 into a talking point about Trump apparently not paying federal income taxes. By some accounts, Kaine interrupted the Indiana governor 72 times.

Pence, with a background as a radio talk show host, had a more dignified demeanor. But he let a number of the attacks on Trump go unanswered, or with just a minimal response—such as saying, when Kaine invoked Trump’s announcement speech involving Mexican rapists, “you’ve whipped out that Mexican thing again.”

That may be viewed as not sufficiently defending his guy. But it was also a case study in not taking the bait, as Trump often did with Hillary Clinton.

But some on the right saw Pence as ducking the hard ones.

“Pence evidently decided to pretend that he is on a ticket with an utterly conventional Republican foreign policy. Pence’s sidestepping of Trump is the big asterisk on his night,” says National Review Editor Rich Lowry.

In fact, a lot of the pundit chatter has been about whether Trump would adopt the Pence performance as a model on how to deliver a disciplined message. Which is a bit silly, since Trump is Trump. And that’s how he won the nomination, beating 16 Pence-like conventional Republicans.

The view from the left is that Pence prevailed on style but lost on substance, such as his failure to offer an adequate explanation of Trump’s legal tax avoidance. “Whether Kaine or Pence was polished and polite matters less than whether they gave a fair and good-faith accounting of themselves and their politics to the public. And by that standard,” says Slate, “Mike Pence was a clear and abysmal failure.”

Does any of this matter? People don’t vote for vice president, and the ratings weren’t even as good as the debate between Joe Biden and Paul Ryan four years ago. By the time Clinton and Trump face each other in St. Louis on Sunday, the undercard will be a fading memory.

But Pence accomplished one thing, changing the conversation after a rough stretch for Trump. The media coverage has focused heavily on Clinton’s bump in the polls after Hofstra, Trump’s tax situation and his questioning whether Hillary was loyal to Bill.

What happened in Farmville is a bit of a reset as Trump preps for what he hopes will be a more successful outing at the second debate.