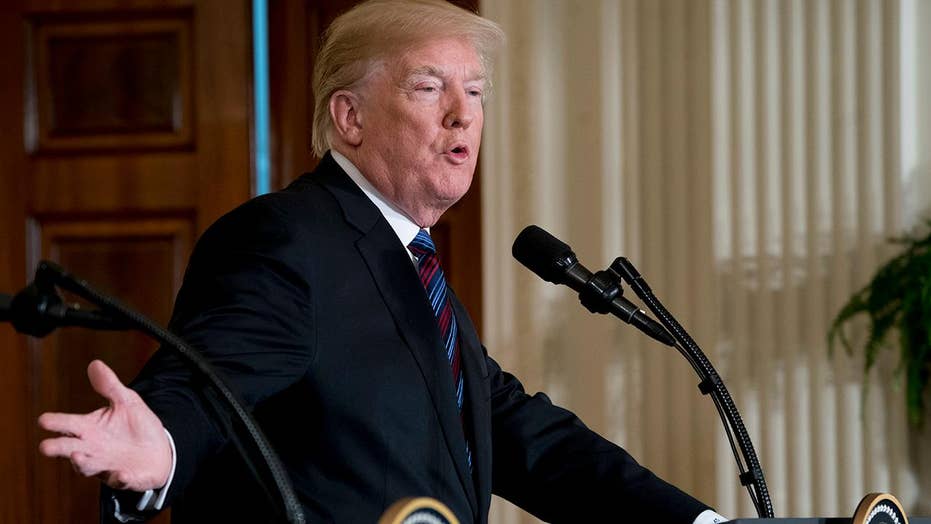 Should Trump fire Mueller and Rosenstein?

House Minority Leader Nancy Pelosi is fundraising off the firing of “our only hope” Special Counsel Robert Mueller, but one problem: Mueller has not been fired.

The California Democrat sent out an email last week titled “Mueller FIRED” and asked people to donate to the Democratic Congressional Campaign Committee (DCCC) amid speculations that President Donald Trump may fire Mueller in retaliation for the FBI raid on his lawyer Michael Cohen.

But as the actual fundraiser email text acknowledges, Mueller was not fired by Trump.

"I’m so furious I can barely write this email,” Pelosi wrote, according to The Washington Examiner. “President Trump is inches away from firing Robert Mueller and derailing the entire Russia investigation.”

The fundraising email was sent on Friday, just a day after Trump reiterated that he isn’t going to fire the special counsel.

“If I wanted to fire Robert Mueller in December, as reported by the Failing New York Times, I would have fired him. Just more Fake News from a biased newspaper!” Trump tweeted.

Still, the Democratic leader went on to accuse her Republican colleagues of “actively helping” Trump to ruin the investigation into the alleged collusion between Trump and the Kremlin and asks for money to “kick each and every one of them out of office.”

“[Republicans are] jeopardizing our democracy, our national security, and the safety of every election we hold. Frankly, they can’t be trusted,” she added.

Pelosi described Mueller as “our only hope for justice” and claims only Democrats “can protect him."

The odd email drew criticism on social media. “The DCCC's subject lines may not have contributed to the fake news crisis, but damned if they help,” tweeted Vox reporter Dara Lind.

“Who at the @dccc thought this clickbait email subject line was a good idea?” seconded Garrett Haake, a correspondent at liberal MSNBC.