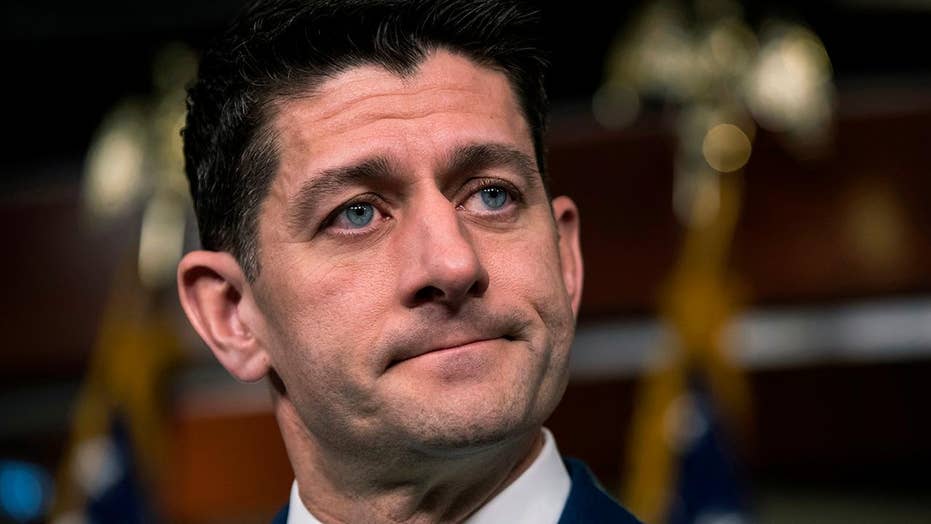 Who will Republicans pick to replace him? Strategists Jen Kerns and Michael Starr Hopkins debate on 'Fox & Friends First.'

House Speaker Paul Ryan on Friday endorsed House Majority Leader Kevin McCarthy to succeed him as House speaker when Ryan steps down at the end of the year.

In an interview with NBC, Ryan said that "we all think that Kevin is the right person."

"I fully anticipate handing the gavel over to the next speaker of the House after this term and I think Kevin is the right guy to step up," Ryan stated.

The endorsement follows Ryan's announcement earlier this week that he would not be seeking re-election.

"One of the reasons why I was comfortable making this decision is because we have a very capable leadership team," Ryan said. "I think we'll have a seamless transition."

On Wednesday, Ryan, R-Wis., announced that he would not be seeking re-election in November, a move that ends a nearly two-decade career in Congress. It also comes as the GOP girds for a tough fight to keep control of the House this year.

“If I am here for one more term, my kids will only ever have known me as a weekend dad -- I just can’t let that happen,” he said.

The move also ignites the race to potentially succeed Ryan should Republicans hold the House in November. In addition to McCarthy, R-Calif., House Majority Whip Steve Scalise, R-La., has also been mentioned as a possible Ryan replacement.

But in the interview with NBC on Friday, Ryan said he believed that Scalise supported McCarthy as the next speaker. "Our leadership team, I'm saying," Ryan clarified. "I'm not saying every single person in Congress." Asked if it was his understanding that Scalise felt that McCarthy should assume Ryan's role, the curent House speaker said "that's right."