U.S. District Judge Amy Berman Jackson postponed the start of the trial from Sept. 17 to Sept. 24 after Manafort's defense team requested a delay. Jury selection is still slated to begin on the original date.

The D.C. trial, coming on the heels of the tax and bank fraud case against Manafort, involves charges of conspiracy and money laundering.

Prosecutors and Manafort’s attorneys were arguing Tuesday over whether evidence of the defendant’s alleged past “bad acts” should be permitted to be shown to jurors in the September trial, the Washington Post reported.

The evidence relates to falsely claimed tax deductions on a Trump Tower condo he bought in New York City, offshore accounts in Cyprus where Manafort allegedly funneled $4 million in connection with dealings with Ukrainian President Viktor Yanukovych, and a purported insider expert’s knowledge of U.S. reporting requirements for agents of a foreign government dating back to 1986. 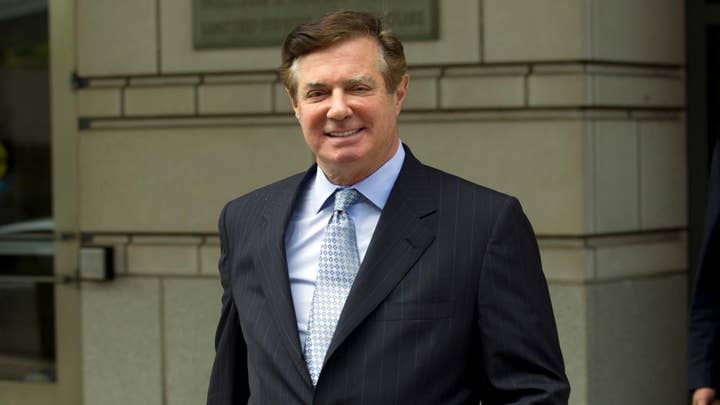 Prosecutors, working for Special Counsel Robert Mueller, want the evidence introduced in trial – arguing that it will help prove that Manafort knowingly committed crimes, including conspiring against the United States, money laundering and obstructing justice. Manafort’s legal team, however, say the law prohibits using past acts to suggest a defendant would commit a crime and want the evidence struck from the trial.

In his latest trial, Manafort is accused of laundering $30 million as a consultant for pro-Russian politicians in Ukraine. He has pleaded not guilty to the charges.

Manafort is not expected to appear in court on Tuesday – having his request to waive his appearance granted as he sits in an Alexandria jail – and both the prosecution and defense are expected to debate a questionnaire for potential jurors.