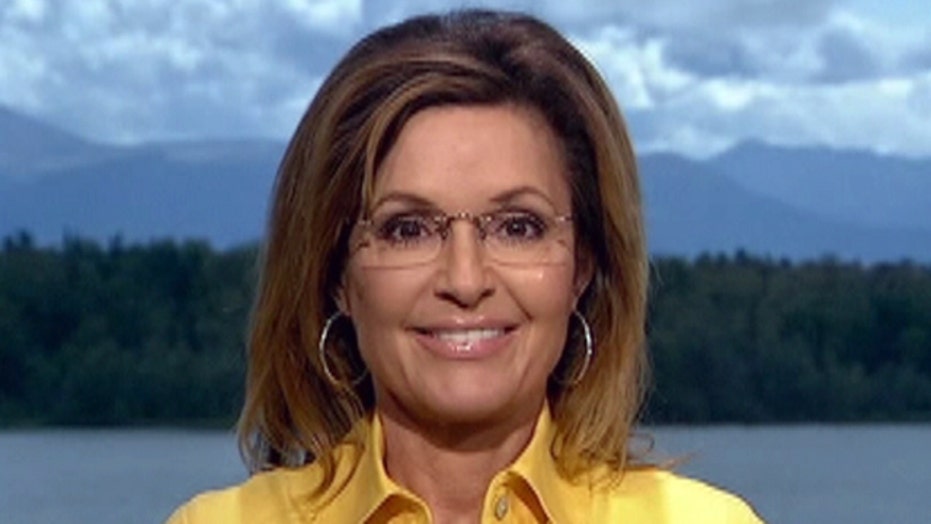 Sarah Palin might reach the White House yet -- albeit for a short stay.

The 2008 Republican vice presidential candidate on Sunday gamely answered the question about how she might serve in a Donald Trump administration by saying she wants to be the Energy secretary.

“I think a lot about the Department of Energy, because energy is my baby,” Palin, a former governor of Alaska, told CNN’s “State of the Union.”

“Oil and gas and minerals, those (are) things that God has dumped on this part of the Earth for mankind's use, instead of us relying on unfriendly foreign nations, for us to import their resources.”

However, Palin then pivoted to the familiar less-government, states-right position that the agency should be shuttered, which would end her Cabinet-level position.

“If I were head of that (agency,) I'd get rid of it,” Palin said. “And I'd let the states start having more control over the lands that are within their boundaries and the people who are affected by the developments within their states.”

To be sure, the oil and gas industry is the biggest part of Alaska's economy. And nearly 85 percent of Alaska’s budget is funded by oil revenues, according to the state.

Palin has already shown her support for Trump, the billionaire businessman and GOP presidential front-runner with whom she appears to share an anti-Washington sentiment.

And Trump suggested as far back as June that he would consider appointing Palin to an Executive Branch post.