What to know about the potential Supreme Court picks

President Trump's list for the Supreme Court nominees is down to the final three. Former clerk for Justice Kennedy provides insight.

Sen. Orrin Hatch, R-Utah, may have given a hint to who President Trump’s next Supreme Court nominee may be, after repeatedly using a female pronoun in an op-ed on the pick.

In an op-ed for The Deseret News, Hatch explains what he thinks will happen when Trump makes his Supreme Court pick on Monday to replace retiring Justice Anthony Kennedy. In it, he predicts a nasty political battle in the Senate.

“Given their vision of a politicized judiciary, we should not be surprised when Democrats cry bloody murder at the announcement of the president’s Supreme Court nominee,” the retiring senator writes. “The coming meltdown on the left is sure to be as sensational as it is predictable.”

But, interestingly in the piece, he makes references to the nominee as “her.”

“Just as he did with Neil Gorsuch, the president has promised to nominate an impartial judge, a wise and seasoned jurist committed to upholding the Constitution at all costs,” he writes. “But no matter the nominee’s background or credentials, progressives will do everything they can to paint her as a closet partisan, if not an outright extremist” [emphasis added.] 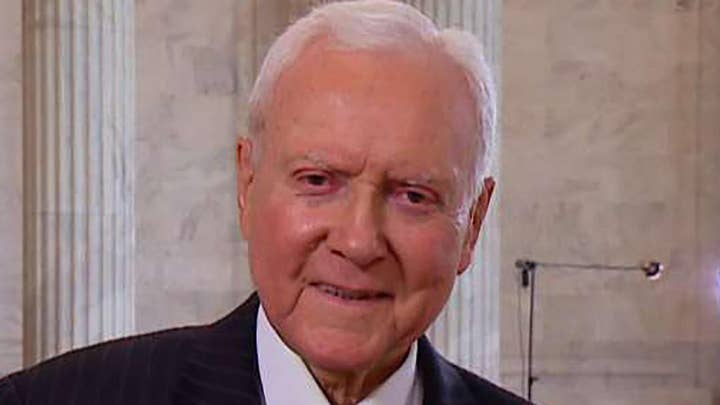 Trump is believed to have narrowed his shortlist down to just three or four candidates. Only one of those, Judge Amy Coney Barrett, is a woman and she has picked up support from some social conservatives in particular.

A Trump federal appeals court pick in 2017, Barrett was grilled by Democrats about her religious background at her confirmation hearing -- with Sen. Dianne Feinstein, D-Calif., saying “the dogma lives loudly within you, and that’s of concern.

And I will devote all my energies to ensuring that we confirm the kind of Supreme Court justice America needs: a justice who says what the law is, not what she wants it to be; a justice who calls balls and strikes instead of swinging for the fences

Those hoping Trump will pick Barrett may be encouraged by the op-ed by Hatch, although it is unclear if how familiar he is -- if at all -- with Trump’s thinking. It’s also possible he could be trying to nudge Trump toward picking Barrett. 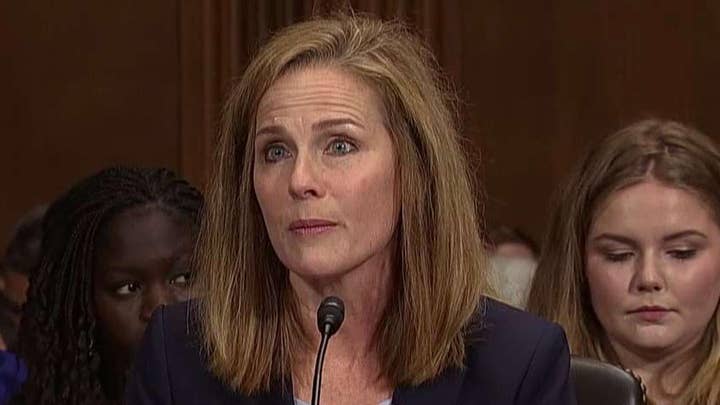 Alternatively it could be a case of Hatch, known for his sense of humor and mischievous Twitter account, having a bit of fun.

Hatch’s office did not immediately return a request for comment.

“As the senior member of the Judiciary Committee, I will fight to keep jurisprudence as the sole focus of our confirmation hearings,” he writes. “And I will devote all my energies to ensuring that we confirm the kind of Supreme Court justice America needs: a justice who says what the law is, not what she wants it to be; a justice who calls balls and strikes instead of swinging for the fences; a justice whose foremost allegiance is to the American people and to the Constitution.” [emphasis added]

Trump is set to announce his nominee in a televised address on Monday evening. 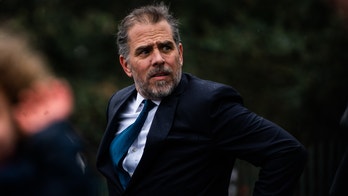