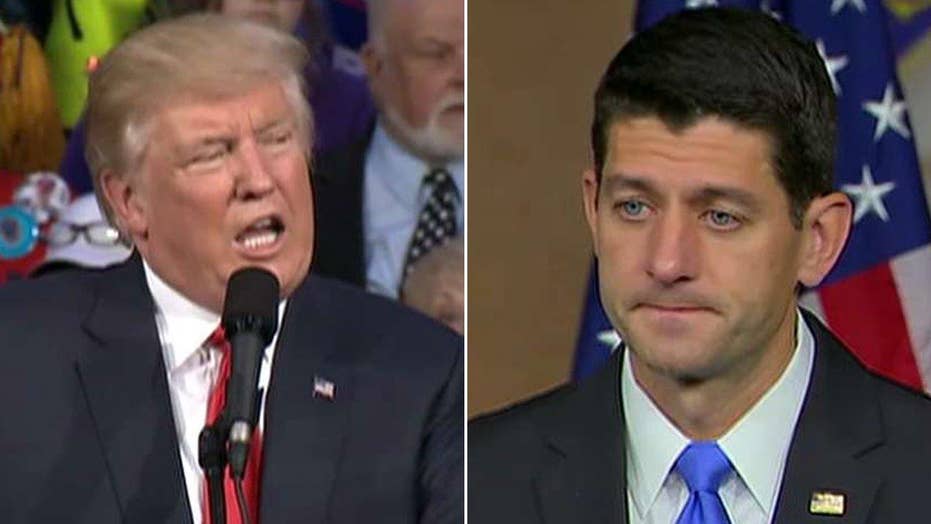 Trump on Ryan: I don't want his support

In the high school halls.
In the shopping malls
Conform or be cast out. – “Subdivisions” by Rush

It’s unclear which is the in crowd and which is the out crowd. One horde congregates around Donald Trump’s lunch table in the school cafeteria. The other masses at the table occupied by House Speaker Paul Ryan.

Pressure to conform with the high school “in” crowd is no different from fitting with the “in” political crowd. The only differences are the lack of braces and no one uses OXY on Capitol Hill. Some Republicans know which crowd they’re in. Some have no clue. Others want to be in both crowds. Consider Sens. John Thune, R-S.D., and Deb Fischer, R-Neb., denouncing Trump’s Access Hollywood comments and calling for someone else at the top of the ticket. But Trump didn’t quit, Thune and Fischer both remained at Trump’s lunch table.

We’ll only determine the right or the wrong crowd in November and perhaps beyond that. This is the problem facing Ryan.

The speaker yanked an invitation for Trump to appear at a political festival in Wisconsin over the weekend. Ryan rebuked Trump’s conduct for the umpteenth time. Ryan declared he’d focus efforts on protecting the GOP congressional majority and not help the nominee. Trump then turned on Ryan in a fusillade worthy of a Perez Hilton Twitter tangle with Lady Gaga.

If Trump loses, it’s likely he’ll blame Ryan and congressional leaders. Trump accused Ryan and other key GOPers in Washington of conspiring against him. An internal bloodbath ensued.

Pro-Trump House Republicans joined a conference call Wednesday with Trump campaign manager Kellyanne Conway. Some of the most-ardent Trump Republicans on that call argued for the nominee to back off of Ryan. Fox News is told they informed Conway that Trump’s attacks on Ryan are a “distraction” and he should focus on Hillary Clinton.

But, divide and conquer, right?

Rep. Jim Bridenstine, R-Okla., is no stranger to bucking leadership, voting against both former House Speaker John Boehner and Ryan for the top House gig. Ryan’s decision to drop Trump infuriated the Oklahoma Republican. Bridenstine proclaimed on Twitter that “if Paul Ryan isn't for Trump, then I'm not for Paul Ryan.” Other Republicans also criticized Ryan for cutting Trump loose.

Ryan faces an electoral problem and an operational issue.

A recent NBC poll found voters favor Democrats by 7 points on a “generic ballot.” That number translates to a 19-20 Democratic seat pickup in House contests. Democrats need a net gain of 30 seats to win the House for the first time since early 2011. Democrats find that voters characterize “nuanced” Republican positions on Trump as “cynical and hypocritical.”

“We now have a very strong tailwind,” said one senior Democratic source, who added, this is “not quite 2006.”

Democrats won 31 seats in 2006, capturing the House from Republicans.

“This is a bad, anti-incumbent mood,” said one House Republican who asked not to be identified. “It’s harder when 40 percent of the base points at Ryan for not getting behind Trump in the last month.”

In September, the House approved a glommed-together, temporary spending bill to avoid a government shutdown. House conservatives didn’t like the final cost of the bill. The bill also lacked conservative policy provisions on refugees and Planned Parenthood. Well over half of the House GOP Conference voted yes. But 75 Republicans voted nay. That required the GOP to turn to Democrats for votes.

Congress faces another shutdown deadline in mid-December. It’s likely lawmakers will cobble together another amalgamated measure to avoid a shutdown then. The package will require Democratic support to pass and earn President Obama’s signature.

As a result, some skeptical Republicans will wonder how the September and December bills differ from how Boehner ran the show.

“We have 14 or 15 defections today [from Ryan for speaker],” said one House Republican who asked not to be identified. “If Republicans lose 18 to 20 seats, [Ryan’s] not the speaker.”

In other words, phone calls melt down the Capitol switchboard if Ryan and pro-Trump forces don’t make amends – to say nothing of the operational problems of keeping the government open around Christmas.

Ryan’s built significant trust and goodwill among GOP members. Of late, Ryan often waves around a brochure promoting his “A Better Way” policy agenda, focusing on health care, taxes, limiting government regulation and addressing poverty. Ryan’s proclaimed the GOP needs to be “for” things, not “against” things. “A Better Way” codifies Ryan’s vision for that.

But if Hillary Clinton clocks Trump, the GOP drops seats in the House and perhaps loses the Senate, the speaker may have to pivot to “oppose” things. The Trump wing of the party will demand resistance – especially if Ryan is to remain as speaker.

Ryan may see himself as a check on Clinton’s legislative initiatives. He could simultaneously serve as a vanguard of conservative principles – something rarely mentioned in this campaign.

But this all hinges on which clique of high school kids emerges as the popular one. The group at the Trump table or the clutch hanging with Ryan.

“Conform or be cast out,” goes the song by Rush.

There’s a lot of pressure to fit in. And no one can tell at which table the cool kids will hang out. 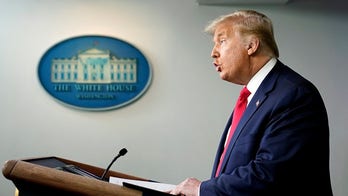