Omarosa claims White House shunned her for being a black woman

In a revealing clip released by CBS, while talking on “Big Brother: Celebrity Edition,” Omarosa claims that she was shunned by White House officials because she is a black woman. She also spoke out about a potential tell-all book and what she really thinks of Trump’s tweeting.

Omarosa Manigult Newman, the former White House official, will reportedly release another tape recording on Monday that includes multiple individuals "high up in the administration," PageSix reported on Thursday.

Manigult Newman will appear on "The View," the report said. It is unclear who the individuals on the recording will be, the sources said.

Manigult Newman released her book, "Unhinged: An Insider’s Account of the Trump White House" last month, along with a series of recordings that included President Trump, Chief of Staff John Kelly and and Lara Trump (wife of son Eric Trump).

She resigned in December 2017 as director of communications for the White House Office of Public Liason. 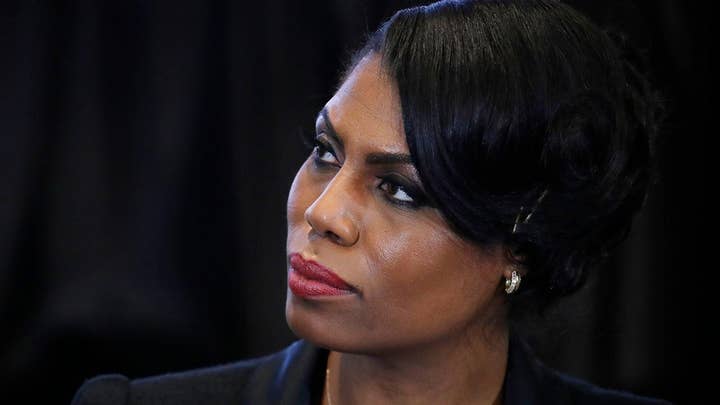 The former reality television star first met Trump in 2004 when she appeared as a contestant on the first season of "The Apprentice."

Next week's "The View" lineup also includes Stormy Daniels, who plans to make a "big announcement," according to PageSix.

Documentary filmmaker, Michael Moore, a known Trump critic, is also scheduled to appear next Friday ahead of his "Fahrenheit 11/9" release.