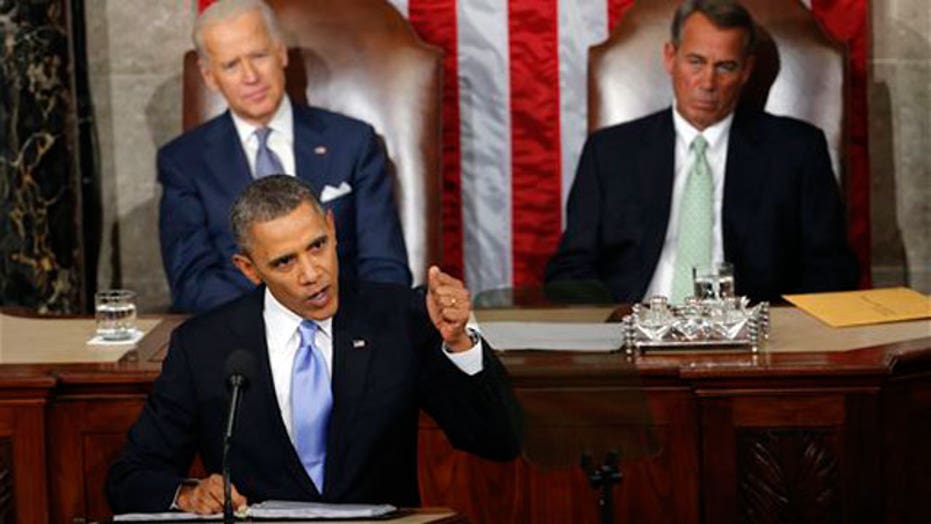 President Obama will travel across the country next week to announce a series of executive actions and legislative proposals on the economy and education that the White House says will serve as a preview to his upcoming State of the Union address.

Obama will go to Detroit on Wednesday to talk about the auto and manufacturing industry, followed by a stop in Phoenix on Thursday to announce plans for the housing sector. The trip concludes with a stop Friday in Tennessee with Vice President Biden to talk about administration plans for college and education.

“The proposals announced next week will be a mix of executive actions and legislative proposals,” White House spokesman Eric Schultz said Saturday. “The president will act next week to lay out specific new actions and preview new policy proposals that will be included in his State of the Union address.”

The strategy appears to be a departure from how Obama has in recent years traveled across America, in a campaign-style approach, after the address to garner support for his legislative agenda.

This year’s address on Capitol Hill will be on January 20.

Schultz said next week’s trip is part of a “three week run-up” to the address that will “highlight the progress we have made in the economy.”

He said Obama also will announce top policies in the address on helping more Americans own a home, assisting students get a college education and creating new, good-paying jobs.

The president goes on the road as Congress returns Tuesday with Republicans controlling the House and now the Senate -- with their own legislative agenda that focuses on jobs and the economy.

Both chambers could vote as early as next week on legislation to complete the construction of the Keystone oil pipeline, which supporters say will creates hundreds of good paying jobs and bring millions of dollars more into the U.S. economy.

And House members could vote as soon as next week on a bill that could impact ObamaCare, the president’s signature health-care reform law.

While Obama has said he intends to work with the new GOP-led Congress, Schultz’s weekend statement included a clear message to congressional Republicans and others looking to undo the president’s successes.

“The president is eager to get to work and looks forward to working with the new Congress on policies that will make sure middle-class Americans are sharing in the economic recovery,” he said. “But the president is clear that he will not let this Congress undo important protections gained -- particularly in areas of health care, Wall Street reform and the environment.”

In Detroit, Obama, who has two years remaining in his presidency, will tout the country’s resurgent automotive-and-manufacturing sector “now that the auto rescue has been completed.”

The federal government loaned money to Chrysler and General Motors during the worldwide automotive industry crisis, which essentially coincided with the Great Recession that went from roughly December 2007 to June 2009.

The White House said this weekend that the bailout help “save the auto industry and the more than one million jobs that went with it.”

In Phoenix, the president will point out how the country’s recovering housing sector has “helped restore wealth and economic security to millions of middle class families,” the White House said.