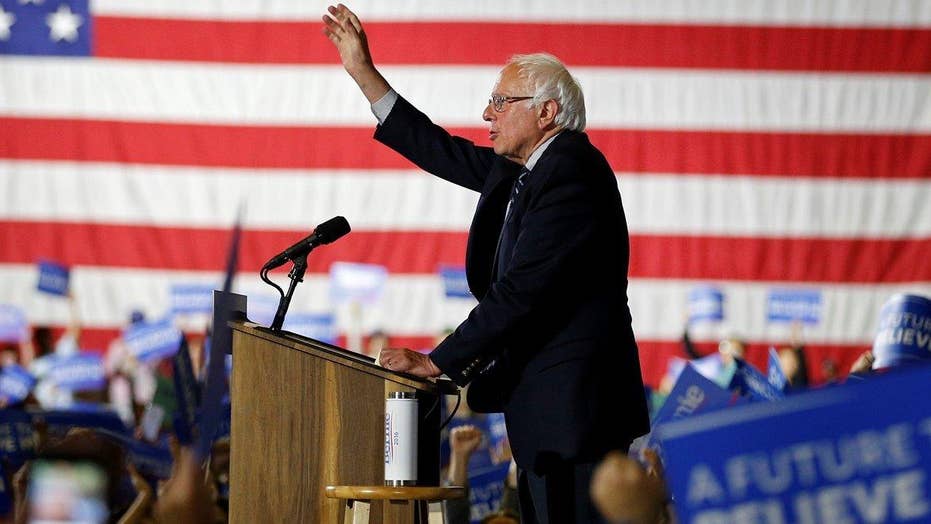 President Obama will meet with Vermont Sen. Bernie Sanders at the White House Thursday after Hillary Clinton wrapped up the Democratic presidential nomination Tuesday with a string of convincing primary victories.

The White House said Sanders requested the meeting after Obama called both Democratic candidates late Tuesday. A statement from the White House said Obama "thanked Senator Sanders for energizing millions of Americans with his commitment to issues like fighting economic inequality and special interests' influence on our politics."

Obama did not formally endorse Clinton in the call, but congratulated her on "securing the delegates necessary to clinch" the Democratic nomination. Clinton, Obama's former secretary of state, crossed the magic delegate number with a win in the New Jersey primary.

Sanders was trying to effectively end his nomination battle with Clinton on a high note by winning the California primary. However, early returns, mostly made up of absentee ballots, showed Clinton with a sizable advantage.

A senior Sanders campaign official told Fox News Tuesday that Sanders planned to return to his home in Vermont Wednesday before flying to Washington to meet with Obama. The official said Sanders had no plans to meet with Clinton in the coming days.