An Obama State Department official has acknowledged he had regular contact with the author of the controversial anti-Trump dossier – coming forward in an apparent bid to blunt expected criticism from the Republican chairman of the House Intelligence Committee.

In a Washington Post column posted late Thursday, Jonathan Winer detailed an extensive exchange of documents with ex-British spy Christopher Steele, a friend of his since 2009.

He said he shared “more than 100 of Steele’s reports with the Russia experts at the State Department” over a period of two years. These weren’t related to American politics – but he would later share information about the Trump dossier with the top levels of the Obama-era State Department. 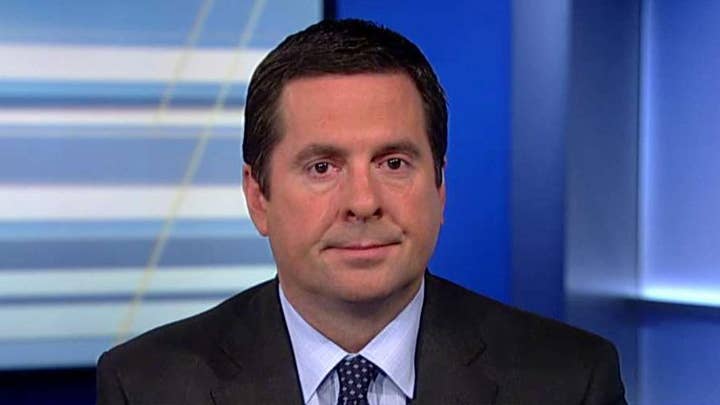 Further, Winer said he shared separate Trump-related material passed on by a Clinton contact with Steele – filling in the blanks regarding an exchange that was mentioned earlier this week in a Senate memo. And he acknowledged that material, originally from Clinton-tied activist/journalist Cody Shearer, made its way to the FBI.

“Given that I had not worked with Shearer and knew that he was not a professional intelligence officer, I did not mention or share his notes with anyone at the State Department. I did not expect them to be shared with anyone in the U.S. government,” wrote Winer, a former U.S. deputy assistant secretary of state and former Libya special envoy. “But I learned later that Steele did share them -- with the FBI, after the FBI asked him to provide everything he had on allegations relating to Trump, his campaign and Russian interference in U.S. elections.”

The details from Winer provide more insight into how well connected Steele was at one time with U.S. government figures --and how unverified information about then-candidate Donald Trump circulated at very high levels in 2016 with his involvement.

Catherine Herridge reports on the new allegation in the unclassified document from GOP senators.

Steele’s dossier was at the heart of the controversial memo released last week by House Intelligence Committee Chairman Devin Nunes, R-Calif., with White House approval. The memo alleged that the FBI sought a surveillance warrant for a Trump associate based in large part on that dossier, without fully revealing that the research had been funded by Democratic sources.

Democrats called the memo incomplete and misleading, and are pushing for the release of their own rebuttal memo. Nunes isn’t finished, either, and is pursuing a new “phase” in his investigation.

In publishing his Op-Ed late Thursday, Winer wrote that he suspects Nunes wants to know about his own relationship with Steele while at the Obama State Department.

This expectation seemingly prompted Winer to tell his story.

Amid the D.C. debate over the Nunes memo, meanwhile, a newly released version of a criminal referral for Steele appeared to back up some of the GOP chairman’s claims.

And the referral apparently referenced Winer – though his name was redacted. As Fox News previously reported, the referral said Steele got a report from someone at the State Department – with information that came from "a foreign sub-source who 'is in touch with (redacted), a contact of (redacted), a friend of the Clintons, who passed it to (redacted).”

It has since emerged – and the Winer Op-Ed confirmed – that the Clinton contact was longtime confidant Sidney Blumenthal. Winer was apparently involved from the State Department. 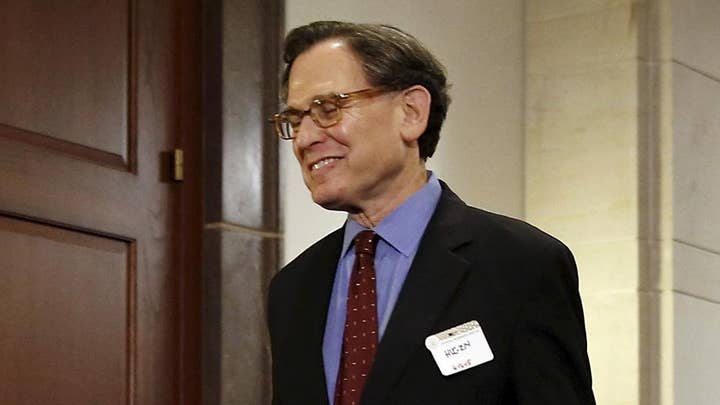 The information Blumenthal shared was separate from the Trump dossier Steele was already compiling. Winer said Blumenthal showed him notes gathered by Shearer that, similarly, alleged the Russians had compromising information on Trump “of a sexual and financial nature.” Winer shared a copy with Steele.

“I agreed to let him keep a copy of the Shearer notes,” Winer wrote.

Further, Winer said that Steele alerted him in the summer of 2016 about “disturbing information regarding possible ties between Donald Trump, his campaign and senior Russian officials.” The two met in Washington in September 2016 to discuss what is now known as the “dossier.”

He reviewed the material and prepared a two-page summary he shared with top diplomatic official Victoria Nuland, “who indicated that, like me, she felt that the secretary of state needed to be made aware of this material.”

Winer also detailed how, after he returned to the State Department in 2013 (following previous service in the 1990s), Steele asked him if the department would want information he had.

Winer, in turn, contacted Nuland and shared several of those reports.

“She told me they were useful and asked me to continue to send them. Over the next two years, I shared more than 100 of Steele's reports with the Russia experts at the State Department, who continued to find them useful. None of the reports related to U.S. politics or domestic U.S. matters, and the reports constituted a very small portion of the data set reviewed by State Department experts trying to make sense of events in Russia,” he wrote.

Even before Winer published his op-ed, his name had appeared in an Atlantic article earlier this week asserting he was Nunes’ “new target.”

As reflected in Winer’s column, The Atlantic reported that Winer got a memo from Shearer and passed it to Steele. The Washington Examiner’s Byron York also reported in January about Steele’s contacts within the Obama State Department, citing a Guardian journalist who said Nuland and then-Secretary of State John Kerry received some of his reports. The Guardian first reported on the Shearer memo.