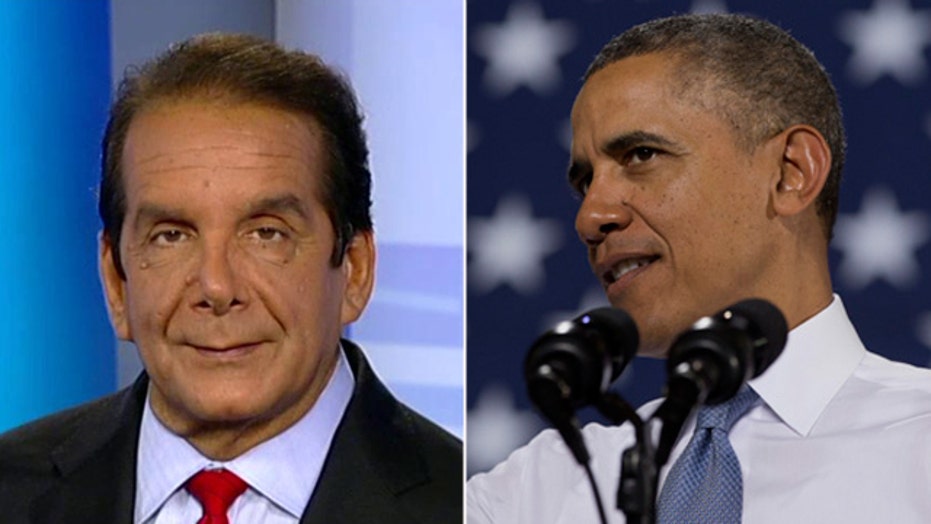 President Obama pledged strong support Friday for Israel’s right to defend itself against rocket attacks from Hamas militants, but urged the Jewish state to try to minimize civilian deaths in its ground push into Gaza.

Obama said he spoke to Prime Minister Benjamin Netanyahu Friday about the escalating situation. “We support their military efforts to make sure more rockets aren’t being fired, “Obama told reporters at a press conference at the White House.

“No nation should accept rockets being fired into its borders or terrorists tunneling into its territory," Obama said. "I also made clear that the United States and our friends and allies are deeply concerned about the risks of further escalation and the loss of more innocent life.”

The comments came after Netanyahu ordered the Israeli military to prepare for a "significant expansion" of its ground operation against Gaza militants, aiming to destroy underground tunnels used by Hamas to attack the Jewish State.

“Our understanding is the current military ground operations are designed to deal with the tunnels. And we are hopeful that Israel will continue to approach this process in a way that minimizes civilian casualties," Obama said.

Israeli officials have said the goal is to weaken Hamas militarily and have not addressed the possibility of driving the Islamic militants from power.

The offensive follows an Egyptian effort earlier this week to halt hostilities. Israel accepted the terms, but Hamas refused, demanding that Israel and Egypt first give guarantees to ease the blockade on Gaza.

Obama said he spoke by phone to Netanyahu earlier in the day over the sounds of sirens going off in the background in Tel Aviv and told him Secretary of State John Kerry is prepared to travel to the region.

Israel had been reticent about launching a ground offensive for fear of endangering its own soldiers and drawing international condemnation over Palestinian civilian deaths.

Since the July 8 start of the air campaign, more than 260 Palestinians have been killed and more than 2,000 wounded, Palestinian health officials said. In Israel, one civilian died and several were wounded.