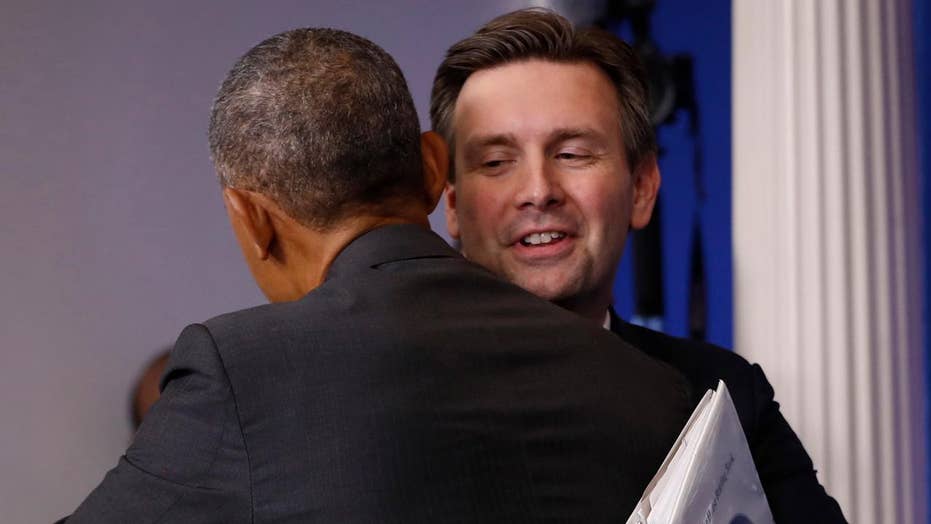 Making a "surprise" appearance toward the top of the briefing, the president said there are good reasons Earnest was voted most popular press secretary by the White House press corps.

"What struck me most in addition to his smarts and maturity and his interest in the issues, was his integrity," Obama said.

Obama said his opinion of Earnest “ranks as high as just about anybody as I’ve worked with.”

For his part, Earnest praised the jounalists in the room, saying they serve a role that is a "uniquely American feature of our government.”

He said, "it's made President Obama a better president and a better civil servant."

Asked what his biggest regret was as press secretary, Earnest recalled that in 2015 he announced Sen. Mark Warner, D-Va. supported the Iran nuclear deal, before Warner had announced that support.

Earnest said he apologized, chalking up the goof to a lack of sleep from a red-eye flight.

Earnest also called for the daily press briefing to be protected, a reference to recent reports that the Trump transition team is considering overhauling the press briefing location on the White House grounds.