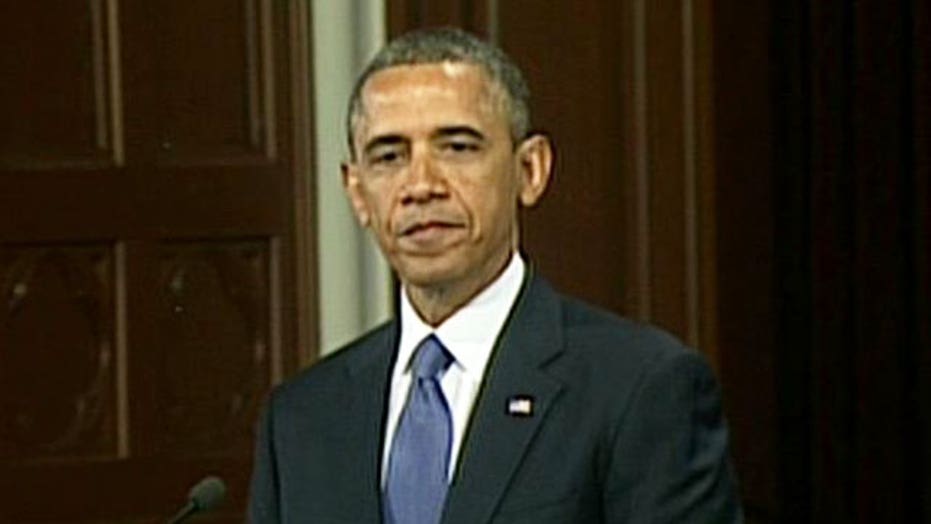 Obama: We carry on, we finish the race

President at memorial for Boston victims

President Obama, assuming the role of healer after Monday's terror attack in Boston shattered lives as well as the nation's sense of security, said Thursday that the city's people "will run again" as they recover from this tragedy.

The president, speaking at an interfaith service in Boston, praised the city's resilience as "the greatest rebuke to whoever committed this heinous act." He joined other leaders in trying to lift the city's spirits after three people were killed and dozens injured at the finish line of the Boston Marathon, one of America's most iconic athletic events.

He added: "We'll keep going. We will finish the race."

In a moving speech which brought the audience to its feet, Obama vowed that a year from now, competitors would return once again to run "harder than ever" in the 118th Boston Marathon.

The president spoke as investigators continue to search for clues and suspects. Amid some confusion about the status of the investigation, Obama said of the perpetrators, "Yes, we will find you, and yes, you will face justice."

But he mostly used his address to laud the spirit of the city and look to the future.

The president also recalled his own memorable time in Boston, while a student at Harvard Law School, as well as during the 2004 Democratic convention.

He spoke after a number of faith leaders and local officials, including Boston Mayor Thomas Menino, addressed the somber audience. They spoke of how the city and its people would triumph over that malicious attack.

"We will recover and repair," Massachusetts Gov. Deval Patrick said. "We will grieve our losses and heal. We will rise and we will endure."

They gathered for the interfaith service to honor the three people killed and 170 injured when a pair of bombs ripped through the crowd at the finish line of the Boston Marathon.

Obama and first lady Michelle Obama attended the "Healing Our City" service. White House spokesman Josh earnest told reporters traveling with the president on Air Force One that Obama also planned to meet with some of those injured, as well as the first responders who rushed toward the blast to help the scores of runners and spectators.

Earnest said Obama received a briefing from national security adviser Lisa Monaco on the status of the investigation into the Boston blast before departing the White House. Accompanying Obama aboard Air Force One were members of the Massachusetts congressional delegation, including Sens. Elizabeth Warren and Mo Cowan.

The president has stepped into this role as the nation's consoler many times before in his presidency, most recently in December after the massacre of 20 first-graders and six educators at an elementary school in Newtown, Conn. Before that, there were the deadly shootings in Aurora, Colo., Tucson, Ariz., and Fort Hood, Texas, as well as the natural disasters that tore apart towns and neighborhoods in Missouri and the New York-New Jersey area.

The service comes as law enforcement continue to search for suspects in the Monday bombing.