A Libyan man stands on top of his car looking at the frontline of fighting between rebels and Muammar al-Qaddafi's forces outside the city of Ajdabiya in eastern Libya March 22. (AP)

President Obama has entered something of a gray area by sending U.S. forces on a "humanitarian" mission in Libya, a conflict the administration won't describe as either war or peacekeeping.

But regardless of what it's called, the president could soon run into serious political and congressional limitations. Not only is the decision to approve U.S. missile strikes on Muammar al-Qaddafi's regime proving politically difficult, but under the War Powers Resolution he must win congressional approval within 60 days or withdraw U.S. forces.

Congress could also have its say long before that, should lawmakers decide to tie in the Libya issue to the ongoing debate over the budget. One Republican Senate aide predicted that lawmakers would demand a vote on Libya before agreeing to fund the government through the end of the fiscal year.

"The rubber will hit the road before the 60-day period," the aide told FoxNews.com, adding that the administration was entering uncharted territory with this kind of humanitarian mission.

The Obama administration, which is looking to scale back the U.S. military's role soon and hand control to an international force, insists it's on solid legal footing.

Ben Rhodes, deputy national security adviser for strategic communications, said Tuesday that, while Congress did not authorize intervention, the White House has kept to the letter of U.S. law by keeping Congress in the loop -- with a briefing and a formal letter.

"Our view is that a mission of this kind, which is time-limited, well defined and discreet, clearly falls within the president's constitutional authority," Rhodes said, citing former President Bill Clinton's intervention in Bosnia as precedent.

Obama's letter to Congress on Monday, which cited the U.N. Security Council resolution authorizing a no-fly zone, pledged to seek "a rapid, but responsible, transition of operations" to carry out the U.N. objectives, "pursuant to my constitutional authority to conduct U.S. foreign relations and as Commander in Chief and Chief Executive."

But both Obama and Rhodes said the administration was acting in compliance with the War Powers Resolution of 1973. That means the clock is ticking. Under that resolution, Congress has to either declare war or authorize military action within 60 days. In extreme circumstances, the president could extend that window to 90 days.

"It's possible that the War Powers Act would eventually become relevant either 60 or 90 days from now," said John Samples, director of the Cato Institute's Center for Representative Government -- though he noted the law has never been tested. More likely, Samples said, is that Obama will seek congressional approval or withdraw forces well before that deadline.

Samples said the United States is "obviously" engaged in a war, though Obama can't call it that because he would be constitutionally bound to seek a declaration from Congress.

But some lawmakers are outraged, saying the president should be forthright about the nature of the conflict. Rep. Dennis Kucinich, D-Ohio, said the intervention is "an act of war" and accused the president of committing the U.S. military "in clear subversion" of the Constitution.

Kucinich on Tuesday called for Congress to de-fund military operations in Libya, which he estimated costs between $30 million and $100 million a week.

"While the administration assures us that that the U.S. will hand off its lead role to coalition partners within days, we have not been notified of long-term plans or goals following initial air strikes in the country," Kucinich wrote in a letter to colleagues. "The timeline the president gave to Congress was summarized with one word: 'limited.'"

That's another big concern for some officials -- while the administration says the U.S.-led portion of the intervention will soon end, they're unclear on who will take the reins and what that operation will look like. European allies have been squabbling over whether NATO, or some other force, should take control, though a State Department official said Tuesday that the U.S. and France have since reached an agreement on a NATO-backed entity.

John Bolton, former U.S. ambassador to the United Nations, questioned the logistics of having a "committee" handing out orders to a coalition that includes U.S. troops.

"This decision to turn over command to foreigners really does have potentially major implications for our troops," Bolton said.

U.S. policy allows for American troops to operate under partial control of a foreign commander. A directive issued by the Clinton administration in 1994 following the failed intervention in Somalia stated that with "multilateral peace operations," the U.S. president would never relinquish military command of U.S. forces but does have the authority to place them under "operational control" of a foreign commander in some circumstances.

Though that document applied largely to U.N. operations, Gen. Wesley Clark at the time explained that the United States has "always had the ability" to put U.S. units under foreign control.

That Clinton-era policy, though, specified that -- at least in "peace operations" -- the role of U.S. forces must be "tied to clear objectives" and have an "endpoint," something several lawmakers say the Obama administration has not defined in the case of Libya.

Obama said Tuesday he's confident the United States can hand over control of the operation within days despite the squabbling in Europe.

State Department spokesman Mark Toner, asked Tuesday about what comes next, seemed to suggest NATO would be the ideal leader.

"We believe NATO has certain command-and-control capabilities as this coalition moves forward," Toner said, though he added it's "conceivable" some entity other than NATO could take the reins. 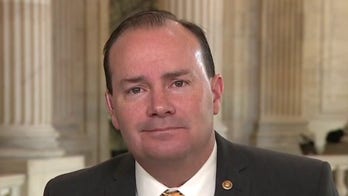 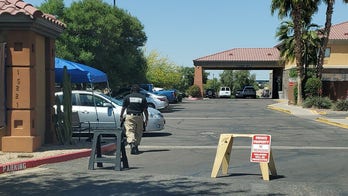