WASHINGTON -- President Barack Obama's advisers will remove religious terms such as "Islamic extremism" from the central document outlining the U.S. national security strategy and will use the rewritten document to emphasize that the United States does not view Muslim nations through the lens of terror, counterterrorism officials said.

The change is a significant shift in the National Security Strategy, a document that previously outlined the Bush Doctrine of preventative war and currently states: "The struggle against militant Islamic radicalism is the great ideological conflict of the early years of the 21st century."

The officials described the changes on condition of anonymity because the document still was being written, and the White House would not discuss it. But rewriting the strategy document will be the latest example of Obama putting his stamp on U.S. foreign policy, like his promises to dismantle nuclear weapons and limit the situations in which they can be used.

The revisions are part of a larger effort about which the White House talks openly, one that seeks to change not just how the United States talks to Muslim nations, but also what it talks to them about, from health care and science to business startups and education.

That shift away from terrorism has been building for a year, since Obama went to Cairo, Egypt, and promised a "new beginning" in the relationship between the United States and the Muslim world. The White House believes the previous administration based that relationship entirely on fighting terror and winning the war of ideas.

"You take a country where the overwhelming majority are not going to become terrorists, and you go in and say, 'We're building you a hospital so you don't become terrorists.' That doesn't make much sense," said National Security Council staffer Pradeep Ramamurthy.

Ramamurthy runs the administration's Global Engagement Directorate, a four-person National Security Council team that Obama launched last May with little fanfare and a vague mission to use diplomacy and outreach "in pursuit of a host of national security objectives."

Since then, the division has not only helped change the vocabulary of fighting terror but also has shaped the way the country invests in Muslim businesses, studies global warming, supports scientific research and combats polio.

Before diplomats go abroad, they hear from the Ramamurthy or his deputy, Jenny Urizar. When officials from the National Oceanic and Atmospheric Administration returned from Indonesia, the NSC got a rundown about research opportunities on global warming.

Ramamurthy maintains a database of interviews conducted by 50 U.S. embassies worldwide. And business leaders from more than 40 countries head to Washington this month for an "entrepreneurship summit" for Muslim businesses.

He discussed freedom and liberty. He never mentioned communism or democracy.

Like Reagan in China, Obama in Cairo made only passing references to terrorism. Instead he focused on cooperation. He announced the United States would team up to fight polio with the Organisation of the Islamic Conference, a multinational body based in Saudi Arabia.

The United States and the OIC had worked together before, but never with that focus.

"President Obama saw it as an opportunity to say, `We work on things far beyond the war on terrorism,"' said World Health Organization spokeswoman Sona Bari.

Polio is endemic in three Muslim countries -- Nigeria, Pakistan and Afghanistan -- but some Muslim leaders have been suspicious of vaccination efforts, which they believed to be part of a CIA sterilization campaign. Last year, the OIC and religious scholars at the International Islamic Fiqh Academy issued a fatwa, or religious decree, that parents should have their children vaccinated.

"We're probably entering into a whole new level of engagement between the OIC and the polio program because of the stimulus coming from the U.S. government," said Michael Galway, who works on polio eradication for the Bill and Melinda Gates Foundation.

The Centers for Disease Control also began working more closely with local Islamic leaders in northern Nigeria, a network that had been overlooked for years, said John Fitzsimmons, the deputy director of the CDC's immunization division.

Though health officials are reluctant to assign credit to any one action, new polio cases in Nigeria fell from 83 during the first quarter of last year to just one so far this year, Fitzsimmons said.

But the Bush administration struggled with its rhetoric. Muslims criticized him for describing the war against terror as a "crusade" and labeling the invasion of Afghanistan "Operation Infinite Justice" -- words that were seen as religious. He regularly identified America's enemy as "Islamic extremists" and "radical jihadists."

Karen Hughes, a Bush confidant who served as his top diplomat to the Muslim world in his second term, urged the White House to stop.

"I did recommend that, in my judgment, it's unfortunate because of the way it's heard. We ought to avoid the language of religion," Hughes said. "Whenever they hear 'Islamic extremism, Islamic jihad, Islamic fundamentalism,' they perceive it as a sort of an attack on their faith. That's the world view Osama bin Laden wants them to have."

Hughes and Juan Zarate, Bush's former deputy national security adviser, said Obama's efforts build on groundwork from Bush's second term, when some of the rhetoric softened. But by then, Zarate said, it was overshadowed by the Guantanamo Bay detention center, the abuses at Abu Ghraib prison and a prolonged Iraq war.

"In some ways, it didn't matter what the president did or said. People weren't going to be listening to him in the way we wanted them to," Zarate said. "The difference is, President Obama had a fresh start."

Obama's foreign policy posture is not without political risk. Even as Obama steps up airstrikes on terrorists abroad, he has proven vulnerable to Republican criticism on security issues at home, such as the failed Christmas Day airline bombing and the announced-then-withdrawn plan to prosecute 9/11 mastermind Khalid Sheikh Mohammed in New York.

Peter Feaver, a Duke University political scientist and former Bush adviser, is skeptical of Obama's engagement effort. It "doesn't appear to have created much in the way of strategic benefit" in the Middle East peace process or in negotiations over Iran's nuclear ambitions, he said.

The White House dismisses such criticism. In June, Obama will travel to Indonesia, the world's most populous Muslim country, and is expected to revisit many of the themes of his Cairo speech.

"This is the long-range direction we need to go in," Ramamurthy said. 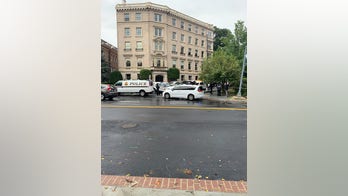