June 24, 2013: Gay marriage supporter Vin Testa waves a rainbow flag in anticipation of U.S. Supreme Court rulings in the cases against California's gay marriage ban known as Prop 8 and the 1996 federal Defense of Marriage Act (DOMA), outside the court building in Washington. (Reuters)

The White House is set to announce the extension of more benefits to same-sex married couples Friday, including plans to give workers across America leave from work to care for same-sex spouses.

The Wall Street Journal reports that the Obama administration will urge Congress to pass legislation to make certain provisions like Social Security benefits to apply to same-sex married couples.

Friday’s announcement will arrive at the end of a nearly yearlong review of federal regulations after the Supreme Court struck down the Defense of Marriage Act, which denied benefits to legally married gay couples.

After the ruling, President Obama directed Attorney General Eric Holder to work with the cabinet to review relevant status.

In a memo to the president, Mr. Holder is expected to report that they found impediments in the statutes governing only two agencies: the Social Security Administration and the Department of Veterans Affairs, an administration official told The Wall Street Journal.

In addition to the White House announcement, the Labor Department is expected to announce a notice of proposed rule making on employment leave, clarifying that the Family and Medical Leave Act will allow gay employees to take leave to care for a spouse of the same-sex.

The 2013 Supreme Court decision affected over 1,000 provisions of federal laws and many regulations that pertain to married couples. While the implementation of the court ruling will mean more federal benefits for married gay couples, legislation still will be required to change some provisions under current law.

The administration official said proposed legislation, including the Social Security and Marriage Equality Act, could fix the provisions that preclude same-sex married couples from receiving some federal benefits. 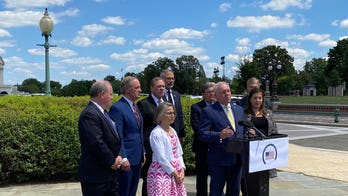