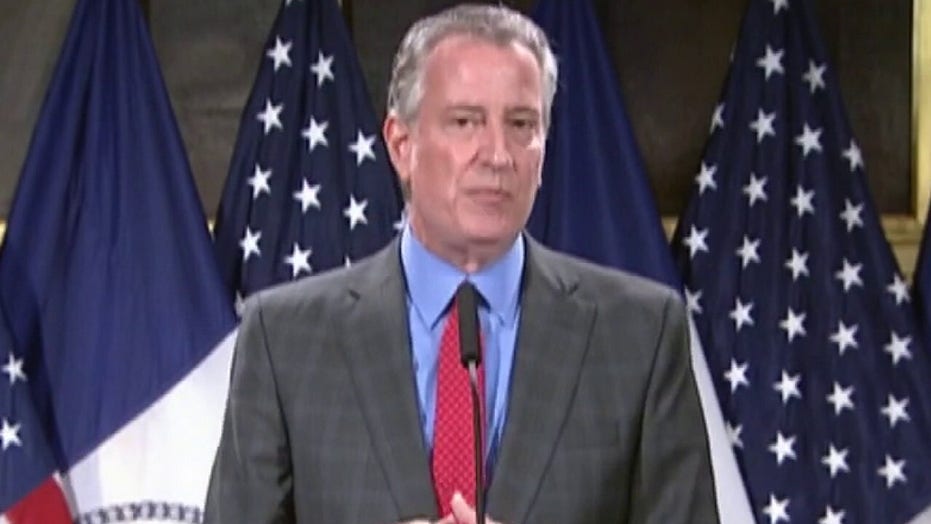 New York City has hired 1,000 workers to conduct contact tracing to monitor the spread of coronavirus, but they will not be asking people if they have participated in any of the protests that have taken place throughout the city following the death of George Floyd, according to a report from local outlet The City.

The report states that contact tracers will ask people who have tested positive for COVID-19 about their living situations as well as general questions about contacts, but they have not been told to ask about participation in protests unless those being questioned mention them.

“No person will be asked proactively if they attended a protest,” de Blasio spokesperson Avery Cohen told The City, adding, "If a person wants to proactively offer that information, there is an opportunity for them to do so."

Cohen said that workers will ask people who have tested positive for COVID-19 questions to help "recall 'contacts' and individuals they may have exposed."

Questions will include whether a person lives with anyone else, the report said. People will also be asked about "close contacts," meaning anyone they had been within six feet of for 10 minutes or longer.

In a statement to Fox News on Monday afternoon, Cohen acknowledged tracers aren’t asking about protest activity, but pushed back against the notion in The City story that they’ve been explicitly prohibited from asking.

"Their framing is inaccurate,” Cohen said. “There is no directive barring any tracer from asking this information; it's just not one of the preliminary questions our tracers ask."

De Blasio first announced his “Test and Trace Corps” in May as part of a push to combat the pandemic.

"With every resource at our disposal, we are moving mountains to test and trace every New Yorker,” de Blasio said at the time. "COVID-19 has challenged us in ways we never thought possible, but it's no match for the ingenuity of our city."

De Blasio has offered mixed messages when it comes to the significance of maintaining social distance to keep COVID-19 at bay. He has supported capping religious gatherings at 10 people and posted social media messages against Jews in Brooklyn for violating social distancing guidelines, yet he has expressed support for the mass protests that have taken place throughout the city. On Sunday, he tweeted images of himself among protesters less than six feet away from him, and in one instance addressing nearby participants while not wearing a mask.

De Blasio and New York Gov. Andrew Cuomo are now facing a federal lawsuit from Catholic priests and orthodox Jews over a “blatant double standard.” The lawsuit states that de Blasio himself attended a large political gathering in Brooklyn in early June and that he was not wearing a face mask. Days later, in Williamsburg, Hasidic Jewish children were kicked out of a park by a police officer enforcing Cuomo and de Blasio's 10-person limit on "non-essential gatherings."