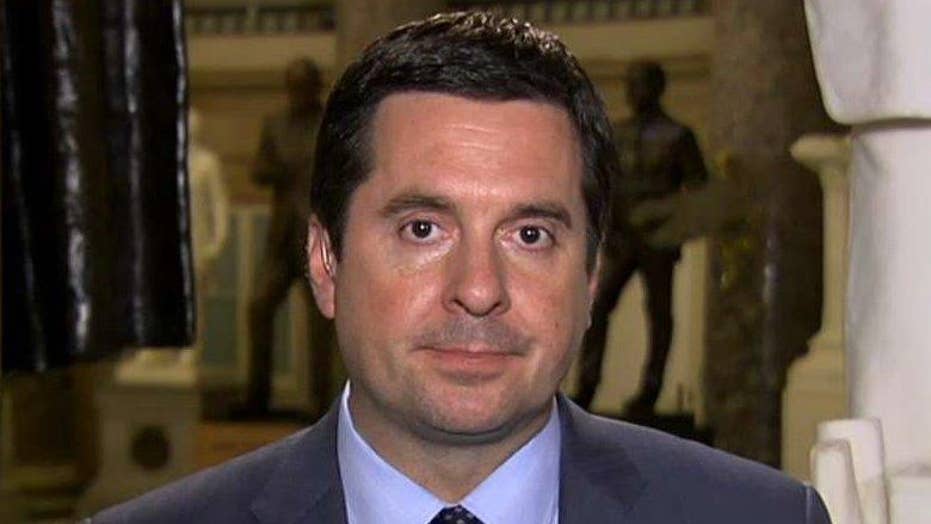 The chairman of the House intelligence committee told Fox News' "The O'Reilly Factor" Monday that "there was no sneaking around" when he met with the secret source behind his claim that President Trump's associates were caught up in "incidental" surveillance.

"We go to the executive branch at least once or twice a week," Rep. Devin Nunes, R-Calif., told host Bill O'Reilly. "This is not unusual, because there are intelligence products that we don’t have access to in the House of Representatives, although we do have the clearances to see them.

"So, we’ve known about this long before Trump actually sent his famous tweet out about the ‘wiretapping’ at Trump Tower," Nunes went on. "We’ve known that there was additional unmasking of Americans’ names. We’ve had sources that have provided that information. And so, what I had to do was that I needed a place that I could actually go and find this information and review it."

The chairman said he did not go to the West Wing or speak to Trump on the day he met his source, and re-emphasized that the information he reviewed "had nothing to do with Russia. That's the key here."

Nunes' confirmation that he met with the source on the White House grounds prompted Democrats to call for him to recuse himself from the committee's ongoing investigation into possible ties between Russian officials and members of Trump's campaign.

Backed by House Speaker Paul Ryan, R-Wis., Nunes struck a defiant tone, telling O'Reilly, "I’m sure the Democrats do want me to quit, because they know that I’m quite effective at getting to the bottom of things."