Blinken warns Iran may be just 'weeks away' from nuclear weapon

The head of U.S. Strategic Command is calling for military and federal leaders to reimagine methods of deterring aggressive action from rivals such as China and Russia, including the "real possibility" of nuclear war.

In a stark assessment of the current geopolitical landscape, STRATCOM Commander Adm. Charles Richard warned that China and Russia have "begun to aggressively challenge international norms" in "ways not seen since the height of the Cold War." Richard cited a rise in cyberattacks and "threats in space," as well as their investment in advanced arms such as nuclear weapons.

STRATCOM is responsible for the U.S. nuclear deterrent.

"There is a real possibility that a regional crisis with Russia or China could escalate quickly to a conflict involving nuclear weapons, if they perceived a conventional loss would threaten the regime or state," Richard wrote in the February issue of "Proceedings," the U.S. Naval Institute’s monthly magazine. "Consequently, the U.S. military must shift its principal assumption from "nuclear employment is not possible" to "nuclear employment is a very real possibility," and act to meet and deter that reality." 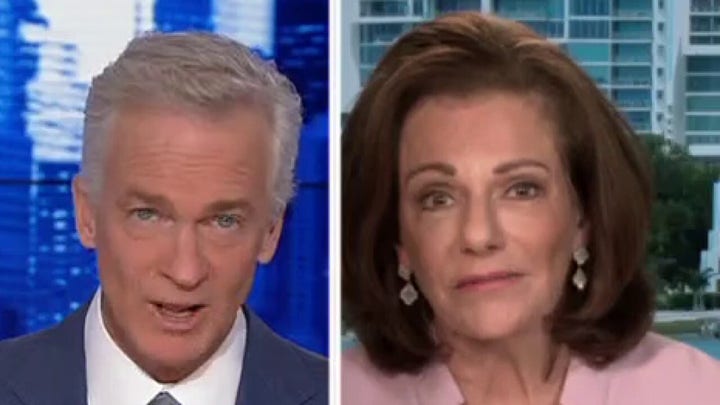 "We cannot approach nuclear deterrence the same way," he added. "It must be tailored and evolved for the dynamic environment we face."

Richard argued that recent actions by both countries would "increase the risk of great power crisis or conflict" if "left unchecked" by U.S. officials. The STRATCOM commander noted Russia was "aggressively modernizing" its nuclear arsenal and China is "also on a trajectory to be a strategic peer" and should not be mistaken as a "lesser included" case."

Richard outlined several steps necessary to improve preparedness, including the development of a "unity of effort" in regard to deterrence of both rival powers, a review of how to proceed if deterrence were to fail in a given conflict, and a sharpened focus on procurement of weapons systems and other capabilities that would maintain America’s strategic advantage over rivals.

"While this is a sobering picture, it is not intended to discourage; rather, it is meant to highlight reality and reinvigorate a conversation across the enterprise," Richard added. "Our challenges are not insurmountable."

Former Gen. Lloyd Austin, President Biden’s newly appointed secretary of defense, signaled during his confirmation hearing that he would seek to "update the strategy" toward China upon taking office.

"I believe that we still have the qualitative edge and the competitive edge over China," Austin said. "I think that gap has closed significantly and our goal will be to ensure that we expand that gap going forward."