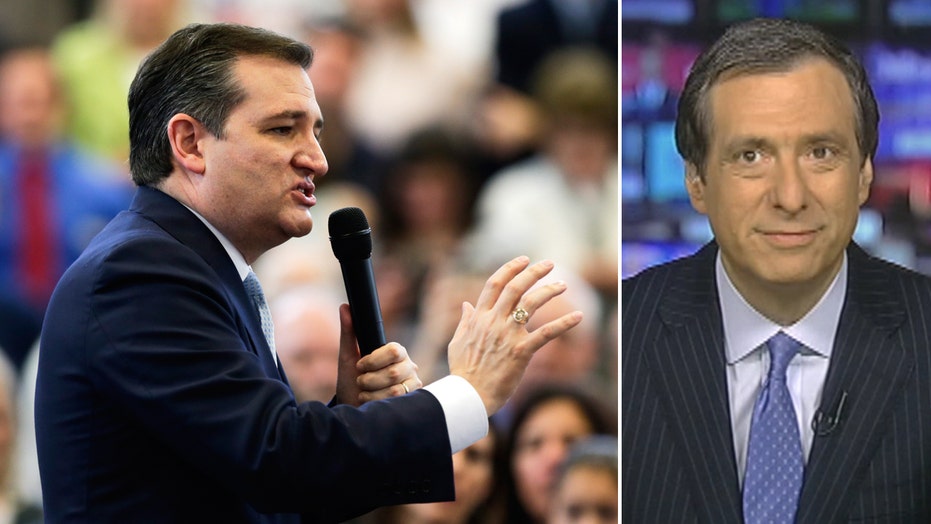 If you think New York is like any other presidential primary, fugheddaboudit!

It’s a town of tabloid taunts, and candidates who do just fine in “nice” states often get greeted with a kick in the tuchus.

Which is basically what the Daily News did to Senator Cruz with this banner headline: “Take the F U Train, Ted!”

It’s funny to see how psyched the city’s media are to have a New York primary that actually matters. (Yes, I know the entire state gets to vote—I went to college in Buffalo, in a region that’s more like Ohio—but you know that Manhattan is the center of the universe, don’tcha?)

The press corps takes an in-your-face approach that can knock some candidates off stride. And here Donald Trump, who grew up in Queens, has the home-field advantage.

Trump thrived on the pugilistic media culture, which is really what turned him into a national celebrity. He knew that every jab at a Rosie O’Donnell or Leona Helmsley would produce a New York Post headline or gossip item. He speaks the lingo. When he went through his ugly divorce from Ivana while messing around with Marla Maples, the tabloids picked sides and blared every excruciating development. A presidential campaign is decorous by comparison.

Trump wasted no time in throwing Cruz’s “New York values” jibe back at him, reprising his line from past debates about the city’s brave and defiant response to 9/11.

But Cruz also got a Bronx cheer when he visited a Dominican-Chinese restaurant in that borough, attempted to speak a little Spanish and got heckled by folks declaring they didn’t want some right-winger invading their immigrant community. By yesterday he was doing another ethnic ritual, eating matzoh and pretending to like it.

Bernie Sanders, born in Brooklyn, should be on familiar turf as well. Of course, he has lived for decades in Vermont, which New Yorkers view as a good place for a skiing weekend, but it doesn’t hurt that he still sounds like Larry David. There are a lot of Bernie types railing against the system in New York, but they’re usually on a college campus with a bullhorn, or at the end of a bar.

Sanders showed how long he’d been away when asked about how he accesses the subway: “You get a token and you go in.”

Hillary Clinton keeps reminding people that she represented the state for eight years as a senator. But let’s face it, she’s from suburban Illinois. And she had her own subway mishap yesterday when she had trouble swiping a Metrocard to get into a subway station, years after the system stopped taking tokens.

Hillary knows the geography, the issues and the players, but in cultural terms, she’s still a carpetbagger who settled in Chappaqua.

(And we won’t even get into John Kasich eating pizza with a fork. Whazzup with that?)

I vividly remember covering the 1992 New York primary, when the local press whacked Bill Clinton over a series of scandals, including the womanizing and draft-dodging allegations. When I arrived at a crowded scrum, the late New York Post reporter Deborah Orin explained to me what her paper had done with that morning’s punchy scandal story. “It’s Whitewater translated into English,” she said. (Clinton, with help from Hillary, wound up beating Jerry Brown in that primary.)

Four years earlier, I was based in New York when Ed Koch caused an uproar by saying that Jews would have to be “crazy” to vote for Jesse Jackson. That hurt his candidate, Al Gore, and Michael Dukakis carried the state with 51 percent, while Jackson got 37 percent and Gore 10 percent.

But it’s been a long time since New York counted in presidential politics, since things are usually wrapped up before its April primary. And an even longer time since a New Yorker—you remember FDR?—was a serious threat to win the White House.

Trump and Clinton are favored to win the Empire State, but not before running the media gauntlet. With Trump at 52 percent in the latest poll and Cruz running behind Kasich, the only question seems to be how many of the state’s 95 GOP delegates he will capture.

But Hillary is in a more competitive race with Bernie in a state she figured she had locked up, especially with the rhetoric heating up and Sanders accusing her of not being qualified for the presidency after he perceived her as taking a similar shot at him.

And if New York's former senator, who’s on a losing streak, should get clocked in her adopted state by the Brooklyn guy? Oy.