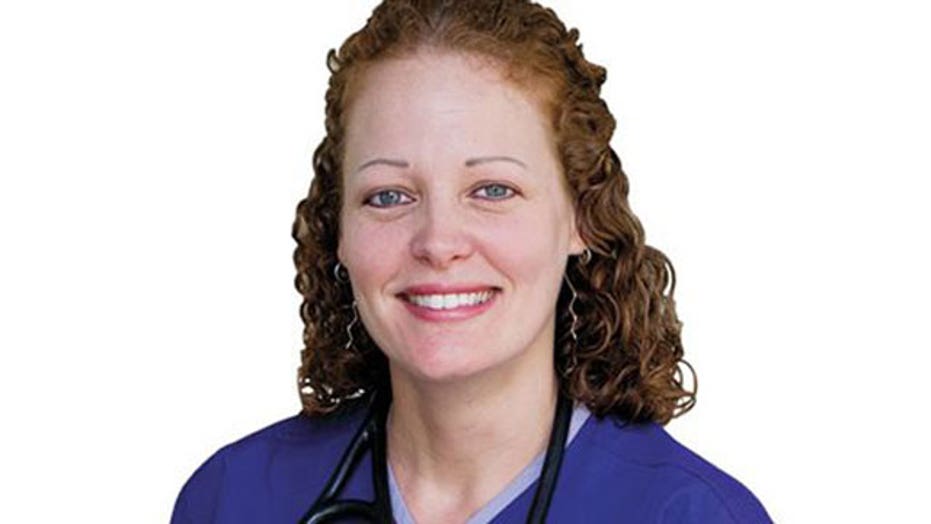 Nurse just back from Africa released from NJ quarantine

New Jersey Gov. Chris Christie's administration on Monday said a health care worker quarantined under an Ebola watch after she returned from Sierra Leone -- and who threatened a lawsuit -- has been cleared to go home.

The state Department of Health said the patient, Kaci Hickox, has been symptom-free for 24 hours, and "is being discharged" after being evaluated in coordination with the Centers for Disease Control and Prevention.

The move comes as New Jersey and New York have faced pressure from the Obama administration to dial back their quarantine policies. New York Gov. Andrew Cuomo announced late Sunday he had loosened some of the restrictions in a mandatory 21-day Ebola quarantine that he had ordered along with Christie this past Friday.

In New Jersey, Hickox, a nurse from Maine, blasted the state, saying she was treated "like a criminal." Hickox tested negative for Ebola in a preliminary evaluation, but Christie's administration continued to stand by its policies.

The health department said Monday that the patient was subject to quarantine at first because she had direct exposure to people suffering from Ebola in West Africa. At this point, though, she has requested to return to Maine, and the state says that will be arranged "via a private carrier."

"She will remain subject to New Jersey's mandatory quarantine order while in New Jersey," the department said. "Health officials in Maine have been notified of her arrangements and will make a determination under their own laws on her treatment when she arrives."

The department also stressed that while in isolation, the nurse was given access to "a computer, cell phone, reading material and nourishment of choice."

Christie issued a statement on Sunday that stressed that home confinement would be used for New Jersey residents and others when possible.

"The protocol is clear that a New Jersey resident with no symptoms, but who has come into contact with someone with Ebola, such as a health care provider, would be subject to a mandatory quarantine order and quarantined at home. Non-residents would be transported to their homes if feasible and, if not, quarantined in New Jersey," said a statement from Christie spokesman Kevin Roberts.

But New York City Mayor Bill de Blasio, calling Hickox a "returning hero," charged that she was "treated with disrespect" when she was put into quarantine. He said that she was interrogated repeatedly and things were not explained well to her.

Cuomo, too, took a softer tone in issuing revised guidelines for his state on Sunday.

Under the new guidelines, medical professionals who have had contact with Ebola patients will be quarantined at home and receive twice-daily monitoring if they have no symptoms. Family members will be allowed to stay, and friends may visit with the approval of health officials. The state will also pay for any lost compensation, if they are not paid by a volunteer organization.

The new guidelines come after White House officials and health experts strongly criticized the mandatory quarantine, which was put in place in response to the infection of a New York City doctor, Craig Spencer. Cuomo had originally criticized Dr. Spencer for not obeying a 21-day voluntary quarantine. But on Sunday, he called the health care workers "heroes" and said his administration would encourage more medical workers to volunteer to fight Ebola.

Meanwhile, in New York a 5-year-old boy returning from West Africa reportedly was taken to a local hospital Sunday with possible Ebola symptoms. He was reported to have a 103-degree fever.

Earlier Sunday the White House expressed concern about what it called the "unintended consequences" of the mandatory quarantine, telling Fox News that the Obama administration is working on new federal guidelines on returning health-care workers exposed to Ebola, realizing the concern among Americans about a potential outbreak on U.S. soil.

Dr. Anthony Fauci, director of the National Institute of Allergy and Infectious Diseases, said early Sunday that the 21-day quarantines originally imposed in Florida, Illinois, New Jersey, and New York can have the "unintended consequence" of discouraging health care workers from volunteering, particularly in the West African countries, where an estimated 4,500 people have so far this year died from Ebola.

"We do not want to put them in a position where it makes it very, very uncomfortable for them to even volunteer," he told “Fox News Sunday."

Christie told Fox News that he has “great respect” for Fauci but defended his decision to impose the quarantine, saying he has an obligation to protect residents amid Centers for Disease Control guidelines that remain a “moving target.”

"Imagine that you're the person in charge of public health for people of a large, densely populated state … and these protocols continue to move and change,” Christie said. “It was my conclusion we need to do this to protect the public health of people of New Jersey. (New York) Governor Cuomo agreed. And now, (Chicago) Mayor Emanuel agrees. And I think the CDC eventually will come around to our point of view on this."

Officials at New York City's Bellevue Hospital Center said Sunday that Spencer was in serious but stable condition, was looking better than he did the day before, and tolerated a plasma treatment well.

The World Health Organization said more than 10,000 people have been infected with Ebola in the outbreak that came to light last March, and nearly half of them have died, mostly in Guinea, Sierra Leone and Liberia.