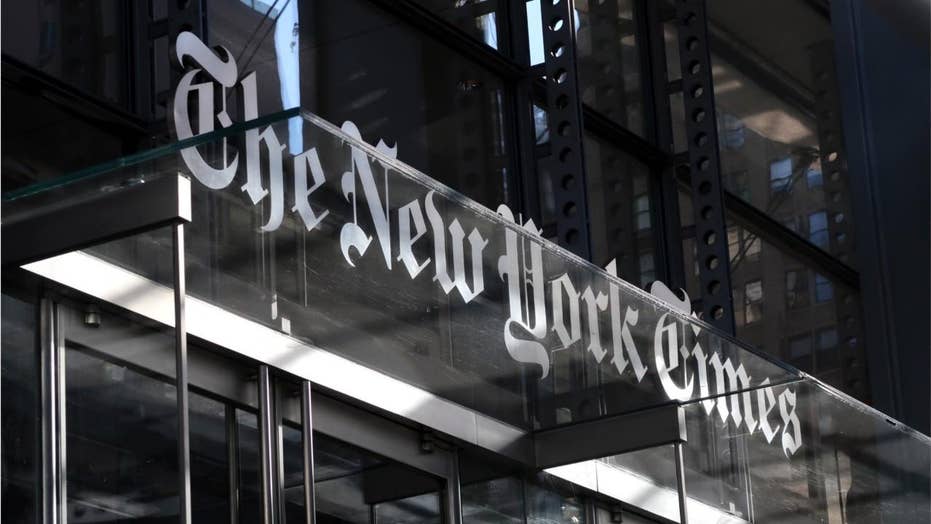 The New York Times is under fire for a fictional account of President Trump being gunned down by a Russian assassin with a Glock belonging to his own Secret Service in a short story dubbed 'assassination fantasy' by critics.

The New York Times is under fire for a fictional account of President Trump being gunned down by a Russian assassin with a Glock belonging to his own Secret Service in a short story dubbed “assassination fantasy” by critics.

The Times Book Review section noted that it puts a spotlight on “books and stories, but also on how the books being written and read reflect the world outside of books.” Editors said that the Mueller probe and Trump’s relationship with Putin is “one of the biggest stories out there,” therefore the paper enlisted “today’s most talented spy and crime novelists” to dream up possible outcomes.

One of the short stories on the Times' online Book Review page - to be published in Sunday's print edition - is titled, “How it Ends,” by Zoe Sharp – a chilling story about a drunken Russian’s plot to murder the president with a Makarov pistol. Sharp’s particular story doesn’t mention Trump by name, but it’s no secret as the collection of stories is headlined, “Five novelists imagine Trump’s next chapter.”

“The Russian waited until they were a few steps past before he drew the gun. He sighted on the center of the president’s back, and squeezed the trigger,” Sharp wrote. “The Makarov misfired.”

Then comes the twist in Sharp’s fantasy, as the failed assassination attempt resulted in the disappointed Russian would-be-killer tasting failure and waiting for the Secret Service to intervene.

“He closed his eyes and waited to pay the cost. It did not come. He opened his eyes. The Secret Service agent stood before him, presenting his Glock, butt first,” Sharp wrote. “’Here,’ the agent said politely. ‘Use mine…’”

A Times spokesperson told Fox News: "It's very clear what this is: a work of fiction, commissioned by editors of the Book Review as part of a package of five stories penned by a range of spy and crime novelists -- in the Halloween edition."

The Secret Service did not immediately respond to a request for comment.

Sharp also painted a vivid picture of a Russian assassin who was prepared to die after killing the president.

“Throughout his career, he would have spent these hours going over the plan, the escape route. This time, there was no escape route -- only honor. And death,” she wrote after humanizing the fictional character by noting that he drank alone, showered, shaved and ate breakfast.

“The clincher is maximally offensive, with traitorous behavior by a Secret Service agent added to the assassination of an actual living president,” Waters wrote.

Sharp took to Twitter to declare she was honored to be included in the prestigious paper -- but not everyone was impressed.

“With utmost sincerity: You need to ask @nytimes to take this down. Now,” one user responded, while another reader fired back, ‘This is disgraceful.”

Others compared Sharp’s story to something they would find in satirical newspaper The Onion and several critics mocked the author.

“If I thought you had any self-awareness, I'd suggest you feel ashamed for this. Sadly, I don't. And I'm fairly certain you wouldn't,” one user responded to Sharp’s tweet.