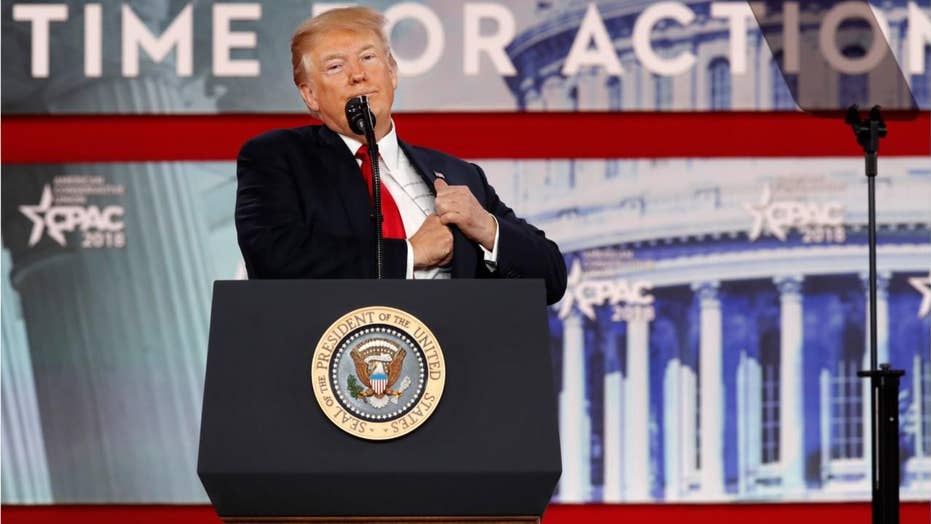 The New York Times tracked down the children of a deceased doctor to support an uncorroborated story about how their dad allegedly helped now-President Trump avoid military service during the Vietnam War.

The New York Times tracked down the daughters of a doctor – who has been dead for over a decade – to report their claims that their dad helped now-President Trump avoid military service during the Vietnam War, despite the paper admitting it couldn’t corroborate the story.

In the article now generating controversy, Times investigative reporter Steve Elder explored “a timely diagnosis of bone spurs in his heels that led to his medical exemption from the military during Vietnam.”

The 1968 diagnosis has long been a subject of scrutiny in Trump's record, with few details publicly available and Trump claiming he doesn't recall the circumstances. But the Times reported that “a possible explanation has emerged” because Dr. Larry Braunstein – who died in 2007 – told his now-anti-Trump children about his role.

“His daughters say their father often told the story of coming to the aid of a young Mr. Trump during the Vietnam War as a favor to his father,” Elder wrote.

"It's articles like this that make me doubt that the Times has any ethics left at all."

Braunstein’s daughters “shared the family’s account for the first time publicly” for the Times piece and admitted they don’t know whether or not their father actually examined Trump. They said it was a “favor” to Fred Trump, the father of the current president who owned the Queens building Braunstein worked out of.

“No paper evidence has been found to help corroborate the version of events described by the Braunstein family,” the Times wrote nine paragraphs into the piece. Buried 30 paragraphs into the feature, the Times casually mentioned that “the daughters, both Democrats, say they are not fans of Mr. Trump.”

“Braunstein’s daughters said their father left no medical records with the family, and a doctor who purchased his practice said he was unaware of any documents related to Mr. Trump,” the Times continued.

Media Research Center vice president Dan Gainor called it “astonishing” that the Times “is actively encouraging the family of deceased doctors to give their opinions on private medical records” for a hit piece.

“We are to believe that people who were three or six [years old] at the time somehow know Trump's detailed medical history. I'm surprised the paper didn't arrange a séance and quiz the late doctor, too,” Gainor told Fox News.

The Times tracked down another doctor, who worked with Braunstein in the late 1990s, who claims his old colleague mentioned being treated well by the Trumps but “did not remember any discussions” related to the medical exemption. The paper added that it began the investigation “when an anonymous tipster suggested that a podiatrist who was a commercial tenant of Fred Trump’s had provided the medical documentation,” but no names were provided so the paper referenced “old city directories” to find the relatives of a doctor who fit the anonymous tipster’s description.

“It's the perfect liberal story. Trump can deny it but because these are private records, the only way to refute it is to let the Times dig through his medical records. It's articles like this that make me doubt that the Times has any ethics left at all,” Gainor said.

“The New York Times is essentially indistinguishable from a gossip rag you’d find in the super market checkout line.”

A spokesperson for Trump and for the Times did not immediately respond to a request for comment.