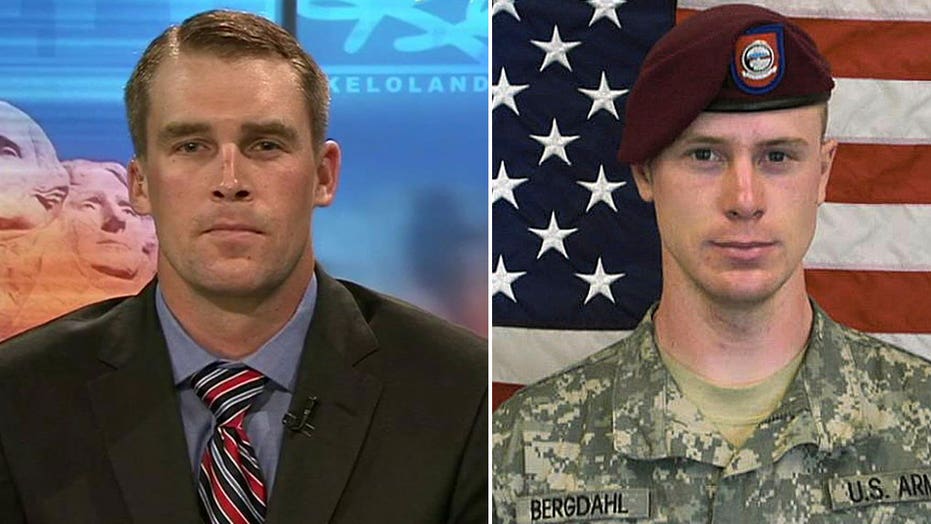 In the latest twist to the saga of Sgt. Bowe Bergdahl, his military attorney quietly reached out to the same former CIA officer who earlier this year told Fox News Bergdahl was stoned after he walked off his Afghanistan post in 2009 --but this time in an effort to help Bergdahl’s case.

Not only that, the lawyer had tried to discredit the same source in a public filing.

According to military documents, Bergdahl's defense team took aim at former CIA case officer, Duane "Dewey" Clarridge, who at the time of the 29-year-old's disappearance was running a private intelligence gathering network in Afghanistan to help locate and free Western hostages.

"Fox spared its many viewers the fact that that retiree had been indicted on seven counts of perjury and making false statements in connection with the notorious Iran-Contra scandal but was pardoned by President George H.W. Bush before his scheduled trial in federal district court," the filing states.

It neglects to mention that Bergdahl's military lawyer, LTC Franklin D. Rosenblatt, contacted Clarridge after the Fox story in June, seeking more information about the timeline of events that could be beneficial to Bergdahl.

Clarridge told Fox that according to his network of informants on the ground in Afghanistan, Bergdahl was apparently “high” with a small group of Afghan soldiers when they were picked up by nomads in 2009, and within four days, Bergdahl was sold by the nomads to the Haqqani network in Pakistan.

That information was passed through the proper military and intelligence channels. Retired Lt. Gen. David Fridovich, a former senior special operations commander who watched events unfold in 2009, said in June the information was deemed "credible" and "highly useful."

"[Operatives on the ground] had an opinion that the nomads would try and sell the soldiers probably to the Haqqanis. ... I can't say precisely, but I think it was certainly within four days and maybe less," Clarridge said, though he added the opinion was not shared by the CIA and other U.S. intelligence agencies, and the dangerous village-to-village search continued

Clarridge's account that Bergdahl was allegedly high could be used by the defense to argue he  did not intend to leave base permanently, but was unable to return after his capture by the nomads.

Credible evidence that the US military suspected Bergdahl was out of reach in Pakistan within 96 hours of his disappearance could be used to argue against the most serious charge of misbehavior before the enemy, since it has been claimed U.S. soldiers were killed or injured searching for Bergdahl.

Fox News first contacted Eugene Fidell, a civilian who is Bergdahl's lead attorney, in April about the investigation and again in June about the specific allegations his client was high after leaving base – a state the Afghans call "diwana” - and his capture by nomads. Fidell declined to comment.

Asked now about criticizing the former CIA officer, while at the same time seeking information from him about the timeline of events, and what was known by the military, Fidell did not immediately respond.

Clarridge said he stood by his original statements, which have not been publicly disputed.