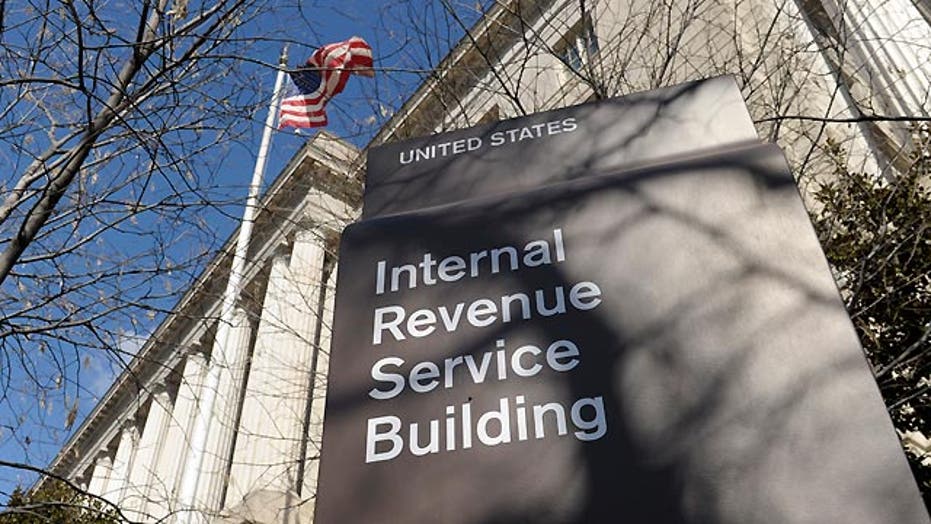 Who is accountable for IRS scandal?

WASHINGTON – The IRS’s admission it targeted conservative groups for special scrutiny has drawn political condemnation but it isn’t the first, second or third time the agency has been accused of playing fast and loose with the law.

The latest scandal has revived past allegations of partisan behavior at the IRS, with some lawmakers as well as the alleged victims calling for those complaints to now get a second look. The unresolved cases include claims of media leaks on private donor information during last year’s presidential race and other instances of political profiling.

"The startling revelations give real credibility to numerous reports over the last year that the IRS 'inadvertently' released donor information from conservative groups -- and that information ended up in the hands of political opponents," Sen. Jerry Moran, R-Kan., who is pressing the Treasury Department and IRS for more details on those past cases, said in a statement.

The newest allegations of the IRS overstepping its authority only feed into claims that those within the powerful agency routinely disregard the law and use their authority to intimidate and target at will.

Critics had long questioned how ProPublica got that information. ProPublica put the speculation to rest on Tuesday. The media outlet said it had requested 67 applications for nonprofits in 2012. They were given 31. Of those, nine had not been approved and therefore should not have been made public.

ProPublica ultimately published six of them, despite late-breaking objections from the IRS -- the agency apparently told the organization that it should not have received the confidential applications.

Considering this and other cases, White House Press Secretary Jay Carney took some heat Tuesday after he told reporters that nobody in the Obama administration had targeted conservative groups in the past.

Many questioned the statement and pointed to a 2010 incident involving Austan Goolsbee, Obama’s former chairman of the Council of Economic Advisers. Goolsbee told reporters on Aug. 27, 2010 that Koch Industries, a billion-dollar energy company run by the politically influential Koch brothers, paid no income taxes.

The tax records of Koch Industries -- a private company – would not have been public information and therefore should not have been known to Goolsbee. At the time, the Obama team backpedaled and said the information was made public in two places – which turned out to be untrue. Then the Obama administration said Goolsbee had misspoken and that he had guessed the company’s confidential tax information.

At the time, the IRS had promised to look into the Goolsbee gaffe but a report was never publicly released.

A source familiar with the situation suggested to FoxNews.com Tuesday that Goolsbee’s comments were a “calculated” attempt by the administration to insert Koch’s name into his discussion about companies that don’t pay taxes.

Accusations of improper IRS behavior surfaced again in 2012 when a prominent anti-gay marriage group accused the agency of leaking private tax files that listed then-presidential candidate Mitt Romney's group as a contributor. The National Organization for Marriage documents were later published by a group whose president was tied to the Obama re-election campaign.

NOM claimed that someone from the IRS fed the liberal Human Rights Campaign documents listing its 2008 contributors. On that list was a $10,000 donation from Romney’s political action committee. The Human Rights Campaign then published the documents online, saying it had uncovered one of the group’s “top secret donors,” and accused Romney of attacking lesbian, gay, bisexual and transgender equality.

The donation came as NOM and other conservative groups were fighting for the Proposition 8 measure banning gay marriage in California.

Group President Brian Brown this week renewed his call for the IRS to reveal any employee who might have leaked the material.

"There is little question that one or more employees at the IRS stole our confidential tax return and leaked it to our political enemies, in violation of federal law," Brown said in a statement. "The only questions are who did it, and whether there was any knowledge or coordination between people in the White House, the Obama reelection campaign and the Human Rights Campaign."

Conservative think tank The Heritage Foundation said they, too, were targets of the IRS years ago.

“We endured politically-motivated audits under both the Carter and the Clinton administrations,” Heritage senior media associate Kim McIntyre told Fox News. “Back then, Washington’s ‘enemy lists’ were restricted to well-established groups. But targeting fledging Tea Party groups is different.”

McIntyre questioned whether smaller groups targeted by the IRS can even afford to fight back and says that “expensive audits could very well strangle them in a cradle. Bringing the weight and resources of the federal government to bear against small organizations threatens not just punishment, but extinction.”

Some say the allegations against the IRS are not a surprise given the agency’s storied past of mean-spirited power plays that stretch back to President Franklin Roosevelt -- accused of using his political sway to get the independent agency to lean on his critics.

President Kennedy’s administration authorized the “Ideological Organizations Project” that went after conservative organizations, while President Johnson was accused of promising tax favors in exchange for votes.

Claims of shady moves made by IRS saw a sharp rise in the 1960s and 1970s. Some say the agency has not been able to shake off the bad rap.

The IRS now says that its latest program of flagging conservative groups for additional scrutiny was inappropriate, but not partisan. An inspector general report unveiled Tuesday urged the IRS to clean up its operation, and Attorney General Eric Holder also announced he had “ordered an investigation” into the IRS controversy and that his office was “examining the facts to see if there were criminal violations.”