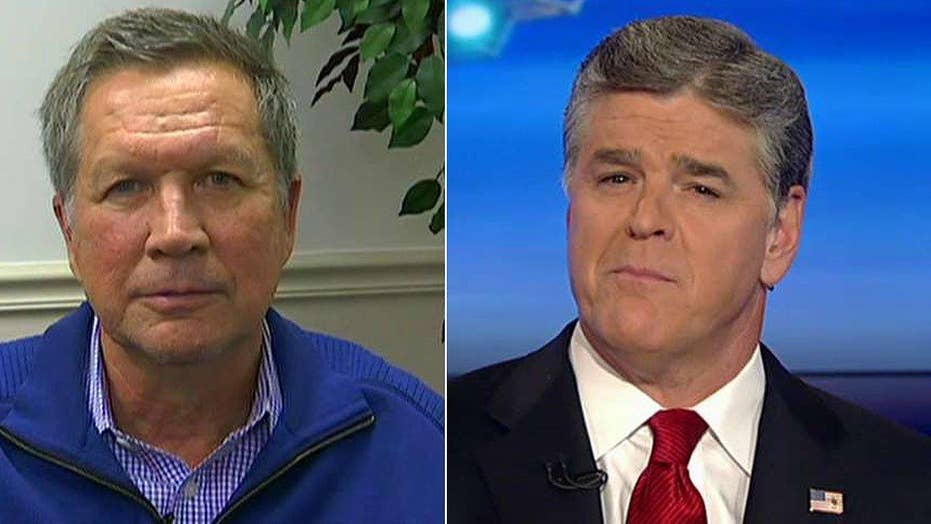 Kasich: My message and record works with GOP and Democrats

“People told me that when I get to South Carolina, I gotta go real conservative,” Kasich told an overflow crowd at a town hall event in downtown Charleston. But he said, “I gotta go with what I think.”

Nearly 100 people, include many with a military background, filled the small second-floor office, challenging Kasich with such questions as how he would improve health care for veterans and help returning vets find jobs.

Kasich argued that the agency must get rid of the bureaucracy that has created so many problems, but he stopped short of calling for privatization or closure.

“Government has to move into the 21st century,” Kasich said.

The event was the second of three on Wednesday in the Charleston area for Kasich.

In the morning, he attended another town hall-type event at a pizza restaurant in Mount Pleasant. Kasich adviser Scott Milburn said requests to attend the event went from 60 to 300 after the New Hampshire GOP primary where Kasich placed second.

Front-runner Donald Trump won the primary, and Texas Sen. Ted Cruz placed third. Kasich invested much of his time and resources in New Hampshire, and whether his good showing there will translate into enough fundraising to keep his campaign going – and whether his appeal extends beyond New Hampshire -- remains to be seen.

“You get close to winning and everybody shows up,” he said Wednesday, before heading to a final event for the day in nearby Huger. “I don’t expect to get out. I’m looking forward to the Deep South. I expect we’re going to be here for a long, long time.”