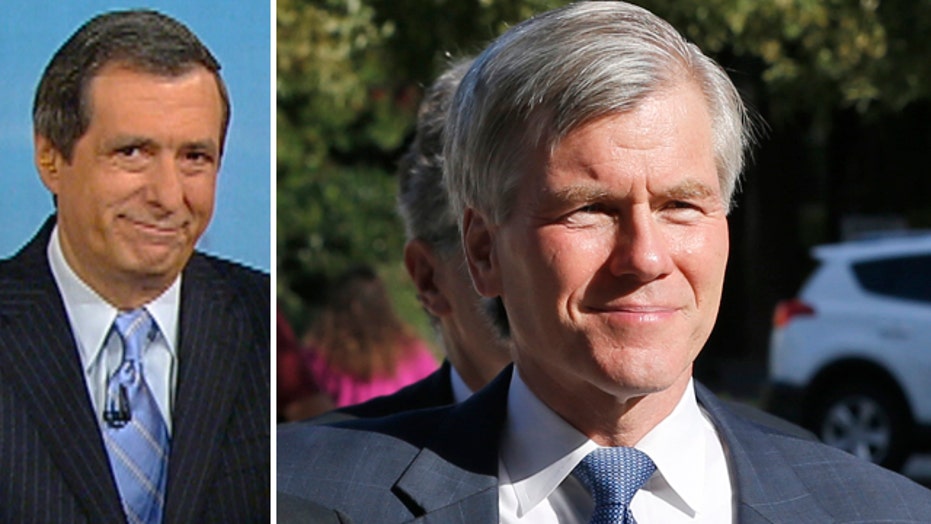 The trial of Bob McDonnell and his wife, Maureen, was such a lurid spectacle that I’m surprised it didn’t become even more of a national media fixation.

The evidence of corruption was overwhelming, which is why jurors said last week that the decision to convict the former Virginia governor and first lady was not a close call.

But media people seemed to take a little too much delight in McDonnell’s fall, conveniently forgetting how just two years ago he was portrayed as a rising GOP star who made it to Mitt Romney’s VP list. There was a bit too much snarking and smirking over the fact that this couple will now go to jail, probably for a long time.

Some of that may have been Bob McDonnell’s fault for mounting a bizarre broken-marriage defense—that is, that he was so alienated from his wife that he didn’t realize that she supposedly had a crush on scheming businessman Johnnie Williams. The problem is that the ex-governor shared in some of the $165,000 in loans and lavish gifts that Williams showered on the couple, and took several steps to help him promote his wacky dietary supplement.

It’s one thing to let a guy seeking government favors pay for your daughter’s wedding and your golf outings, give you a Rolex and let you drive his Ferrari. It’s another to say the problem is that your first lady was obsessed with the guy.

“The legal tack they chose was for Bob to air the marriage’s dirty laundry on the witness stand – describing in lurid detail how greedy, reckless and verbally abusive she could be, even suggesting she was in love with another man – and to invite others to do so as well,” Tim Noah writes for MSNBC.

“It wasn’t a strategy that seemed recognizably pro-family or Christian. McDonnell’s 1989 master’s thesis, written when he was 34, had called on government to enact reactionary policies to shore up traditional Christian family values – among its targets were feminists, working women, ‘cohabitors, homosexuals [and] fornicators’ – and during 14 years in Virginia’s General Assembly, McDonnell supported policies congruent with that view. Once McDonnell became governor, his social conservatism became less noticeable, partly because practical governance required moderation, and partly because it paled in comparison to that of the state’s attorney general, Ken Cuccinelli, who lost his own gubernatorial bid in November…

“McDonnell could have chosen to be a crook without being a cad. Instead, he ends up being both.”

That kinda sums up the media’s attitude. Well, McDonnell is now a convicted crook. It seems like he threw his wife under the bus as various witnesses testified about how she was a tantrum-throwing “nutjob.” But remember, her lawyers were complicit in this they-were-barely-speaking strategy as a way to try to keep both of them out of prison. (Of course, the gallant thing to do would have been for the ex-governor to take the plea deal involving a single felony count, which would have spared his wife any charges.)

Salon depicts McDonnell as a moron:

“Cash, golf trips, Rolexes, vacations, checks, vacations, Ferrari rides: The components of the $100,000+ in gifts and loans that they received from Star Scientific CEO Jonnie Williams Sr., in exchange for using the powers of the governorship to promote his dumb diet pill thing, couldn’t have been a shinier bundle of objects for the prosecution to present to the jury. In modern politics, corruption charges are usually more tediously complex…Not in this case. The prosecution just had to show the jury images of the idiot governor showing off his flashy watch that was given to him by the rich businessman for whom he did favors in return…God, the stupidity.”

“The mystery,” writes the Washington Post’s Melinda Henneberger, “was why the former GOP star and his wife ever agreed to put the allegedly sad state of their marriage at the heart of their legal defense — a strategy that failed miserably with the seven men and five women on the jury even as it made their private difficulties into a public spectacle.

“Now that the McDonnells have been found guilty on multiple counts and are probably facing prison time, the future of their relationship would seem to be the least of their problems. But after the five-week public vivisection of the former first lady, it’s hard to see how their 38-year marriage can survive.”

Well, maybe it can’t. But that underscores how this became as much a soap opera and show trial as an exercise in criminal justice.

He didn’t shake anyone down. He didn’t sleep with the intern. He just slid down the slippery slope.

Look, I’m not defending the guy. He rose to the top of Virginia politics and threw it all away. He lost his ethical compass. It doesn’t take a team of lawyers to know you shouldn’t be talking to a favor-seeker about a personal loan and then minutes later trying to get him an audience with one of your aides. And he might have gotten away with it if not for the aggressive reporting of the Washington Post.

The man made mistakes. He had a difficult wife. He got greedy, he hung around with high rollers, he rationalized that he was entitled to upgrade his lifestyle by cutting a few corners. He deserves a prison sentence.

But Bob McDonnell’s life, and family, has now been destroyed. It’s a lesson for other grasping politicians, but sad for him. I just think the media pile-on has been a little too gleeful.

Of course, the one break the McDonnells caught in their moment of national humiliation is that there weren’t cameras in the courtroom.