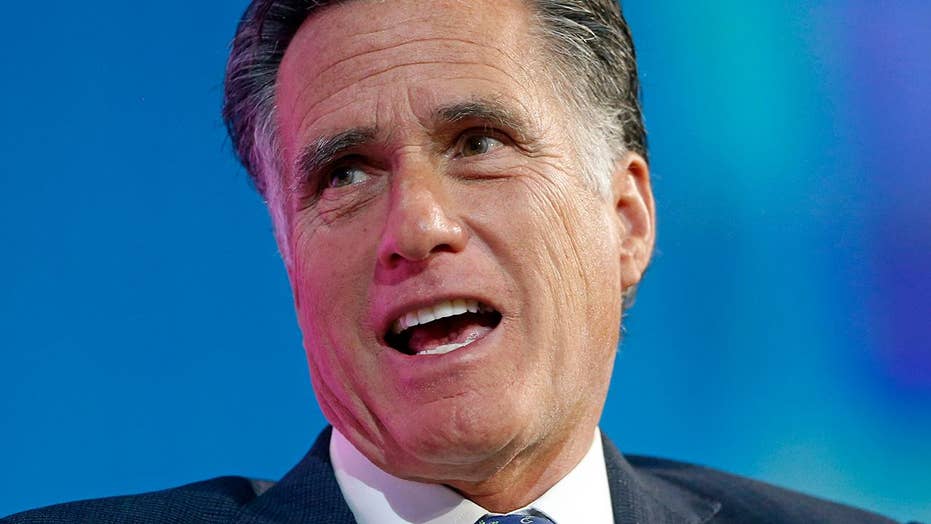 Mitt Romney confirms on Twitter that he is running for Senate in Utah.

Mitt Romney announced Friday he will run for U.S. Senate in Utah to succeed the retiring Orrin Hatch, seeking a political comeback six years after his unsuccessful presidential campaign against then-President Barack Obama.

Romney announced on Twitter: "I am running for United States Senate to serve the people of Utah and bring Utah's values to Washington."

Romney, the 2012 Republican presidential nominee, is considered a heavy favorite for the Senate seat. He has emerged as a prominent critic of President Trump and, if he wins, could be poised to cause headaches for the administration from the other side of Pennsylvania Avenue.

While a former Massachusetts governor, Romney has deep ties to Utah. He attended Brigham Young University in Provo and helped turn around the scandal-plagued 2002 Winter Olympics in Salt Lake City -- moving to the state after losing the 2012 race.

A video message posted on Twitter Friday features that Olympics background. In the video, Romney gives voters an early look at his platform: fiscal responsibility, jobs and a moderate approach on immigration -- an apparent swipe at Trump policies.

“Utah has a lot to teach the politicians in Washington,” Romney says in the video. “Utah has balanced its budgets. Washington is buried in debt. Utah exports more abroad than it imports. Washington has that backwards. Utah welcomes legal immigrants from around the world. Washington sends immigrants a message of exclusion.”

The announcement was widely expected, though was delayed after Wednesday’s mass shooting at a Florida high school.

His Senate run hasn’t been welcomed by all.

Utah Republican Party Chairman Rob Anderson told The Salt Lake Tribune earlier this week that Romney was "keeping out candidates that I think would be a better fit for Utah because, let's face it, Mitt Romney doesn't live here, his kids weren't born here, he doesn't shop here." The GOP official went on to call Romney a “carpetbagger.”

Anderson released an apology later saying, “I regret that my comments about potential Senatorial candidate, Mitt Romney, came across as disparaging or unsupportive. That was never my intent.”

He continued, “I’ve no doubt that Mitt Romney satisfies all qualifications to run for Senate, and as Chairman of the Utah Republican Party, I will treat all candidates equally to ensure their path to the Party nomination is honest and fair.”

Anderson also said that Romney reached out to him in regards to his comments and “accepted my apology without hesitation.”

Despite Romney’s past Trump criticism, Democrats sought to paint the two as ideologically aligned.

“While Mitt Romney desperately wants to separate himself from the extremism of the current administration, the basic policies of Trump’s GOP – whether its tax cuts for the rich or reversing the progress of the ACA – were his before they were Donald Trump’s,” Democratic National Committee spokesperson Vedant Patel said in a statement. “Utah deserves a Senator who will expand opportunities and fight to improve the lives of everyone, not another multi-millionaire looking out for himself, his rich neighbors and the special interests.”