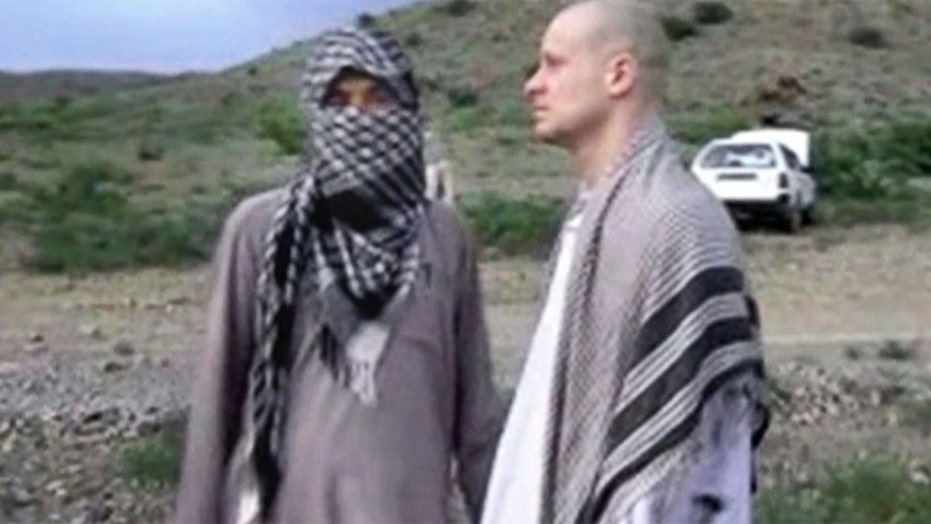 Nearly five months after the release of Taliban prisoner Army Sgt. Bowe Bergdahl, the military has yet to release a report on Bergdahl leaving his Afghanistan post in 2009 that also makes recommendations on whether he should be punished.

The Pentagon says it is not holding up the decision, though the review by Army Gen. Kenneth Dahl was finished in early October.

Rear Adm. John Kirby, the Pentagon press secretary, recently acknowledged the report has been completed and said it is under review.

“As you know, in this building that can sometimes take a while, especially for major investigations like this," he said.

Desertion in the military is technically punishable by death. But given the circumstances of Bergdahl's case, such a sentence is essentially out of the realm of possibility.

Bergdahl, the only American prisoner in the war in Afghanistan, could face a lesser administrative punishment including forfeiture of back pay or even jail time. But Army officials are acutely aware of the potential political backlash that could follow severely punishing a prisoner of war.

Meanwhile, Bergdahl is still serving as a sergeant at Fort Sam Houston in Texas. He has a desk job with the Army after being held captive for roughly five years, much of that time spent in a metal box.

Bergdahl’s May 2014 release, which was secured by exchanging five high-value Taliban detainees from the U.S. prison in Guantanamo Bay, has sparked widespread controversy.

Soon after President Obama announced the exchange, many of Bergdahl’s former unit members spoke out, calling him a deserter, saying he put fellow soldiers’ lives at risk.

At least some Republican lawmakers think it was a bad deal.

Sen. John McCain referred to the prisoners as “the Taliban dream team.”

"These are the worst of the worst, the hardest of the hardest,” the Arizona Republican told Fox News. “I can't tell you how dangerous these people are."

Now, California GOP Rep. Duncan Hunter, a former Marine, wants to know whether the swap included a ransom and if the United States was swindled.

"It has been brought to my attention that a payment was made to an Afghan intermediary who ‘disappeared’ with the money and failed to facilitate Bergdahl's release in return," Hunter wrote Defense Secretary Chuck Hagel in a Nov. 4 letter.

The alleged payment, Hunter says, was made in February through the Joint Special Operations Command and might have exceeded $1 million.

“Number one, you can't pay ransoms,” Hunter told Fox News. “Number two, if there is an exceptional case when you can get an American back, then there ought to be some oversight and there has to be some congressional purview over this -- and there hasn't been. I mean the (Defense Department) can't break the law and have no repercussions whatsoever.”

The Pentagon told Hunter on Friday that no money was exchanged and that paying ransom is indeed against the law.

“There was no ransom paid,” Kirby told reporters. “Nor was there an attempt to do so that failed.”

Hunter’s office still alleges that FBI operatives and members of the Army’s elite Delta Force orchestrated a botched cash exchange and says the congressman will request a formal investigation of the matter by the Defense Department’s inspector general.

The deal purportedly involved Delta members giving the money to an informant who disappeared instead of giving Bergdahl to FBI agents at a predetermined spot inside Afghanistan, on the border with North Waziristan.

Concerns about the circumstances of the prisoner swap have increased in the wake of the Islamic State executing five Americans in the past four months.

The president has ordered a review of how American hostages are handled by the U.S. government.

Families of the beheaded Americans have issued complaints about how their sons’ cases were handled. However, the White House says it has no plans to allowing ransom to be paid for hostages.