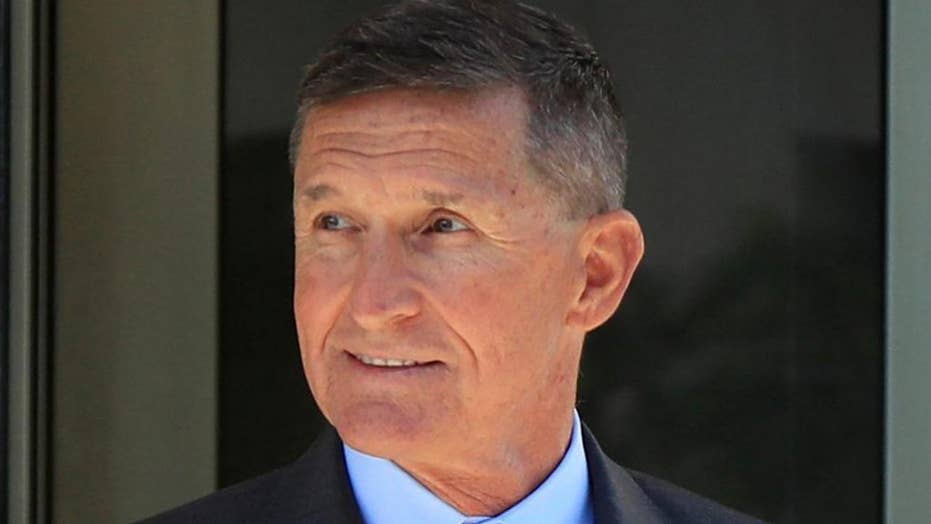 Former White House national security adviser Mike Flynn told special counsel Robert Mueller of multiple instances, before and after his guilty plea, where he or his lawyers got calls from individuals connected to the Trump administration or Congress; chief intelligence correspondent Catherine Herridge reports.

Former national security adviser Michael Flynn’s legal team indicated in federal court Tuesday they are seeking to have the case against him thrown out, accusing the prosecution of "egregious conduct and suppression” of possibly exculpatory evidence.

In a status conference in federal court in Washington, Flynn's lead defense attorney, Sidney Powell, said: "There never would have been a plea to begin with if the government had disclosed Brady information about what it knew before the plea agreement."

The "Brady material" complaint is in reference to the Supreme Court case Brady v. Maryland, which established the government's obligation to turn over all exculpatory evidence. The accusation came as both sides have squabbled over a sentencing date.

After months of delays, prosecutors have said they are ready to proceed to sentencing. On Tuesday, U.S. District Judge Emmet Sullivan indicated he would like to set a tentative sentencing date of Dec. 18.

"There is far more at stake here than sentencing," Powell said. "There were stunning failures to produce Brady material, going back to July of 2017." 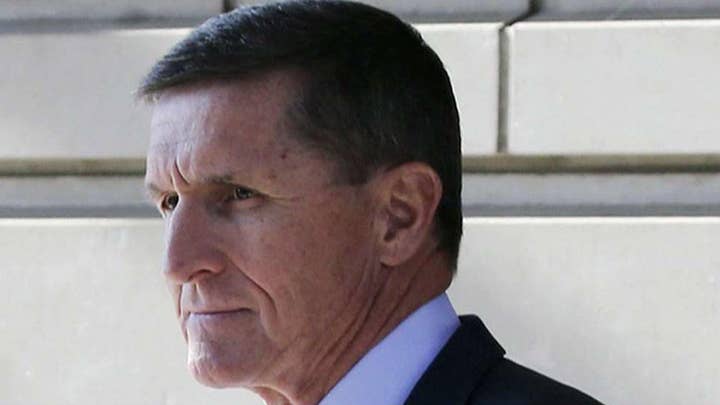 Prosecutors, though, have strongly rejected that assertion, saying "the government has exceeded its discovery and disclosure obligations in this matter," including by providing Flynn with more than 22,000 pages of documents.

Flynn in 2017 pleaded guilty to providing false statements to the FBI during an interview about his contacts with the former Russian Ambassador Sergey Kislyak, as part of former Special Counsel Robert Mueller’s Russia investigation.

Powell, who has accused the Justice Department of withholding documents critical to Flynn's defense, is demanding access to classified materials she claims the government has blocked them from viewing.

Those materials include FBI documents surrounding the actions of Bruce Ohr, a former high-ranking official at the Department of Justice who had multiple contacts with the author of the infamous Trump dossier.

On Tuesday, Powell claimed that there is an internal DOJ memo that "exonerates" Flynn from being a Russian agent which the prosecution had and failed to disclose before Flynn signed his plea deal.

But prosecutor Brandon Van Grack countered that the charge Flynn pleaded guilty to was lying about his contacts with the Russian government, not of being a Russian agent.

Flynn's defense team also wants all the documents surrounding the FBI’s interview of Flynn. Prosecutors claim they have already turned all those documents over to Flynn's team prior to the plea deal. Powell also suggested there is another document that hasn't been released. "It would be in the FBI computer system," Powell said.

Powell also told the court there is evidence that Flynn passed a polygraph test. "There is just a plethora of information out there that we need the actual documents to support and the notes to support," she said.

Powell in court papers has also compared the government's conduct toward Flynn to the case of former Alaska Sen. Ted Stevens -- which ended with Sullivan, the same judge in the Flynn case, finding prosecutorial misconduct.

Sullivan said he wants briefs from both sides on the merits of materials, including some that are classified, being released to the defense team. The government has said they can have their brief to the judge within two weeks. The deadline for the defense to reply was set by Sullivan for Oct. 15.

A court hearing on Brady material was set for Oct. 31.