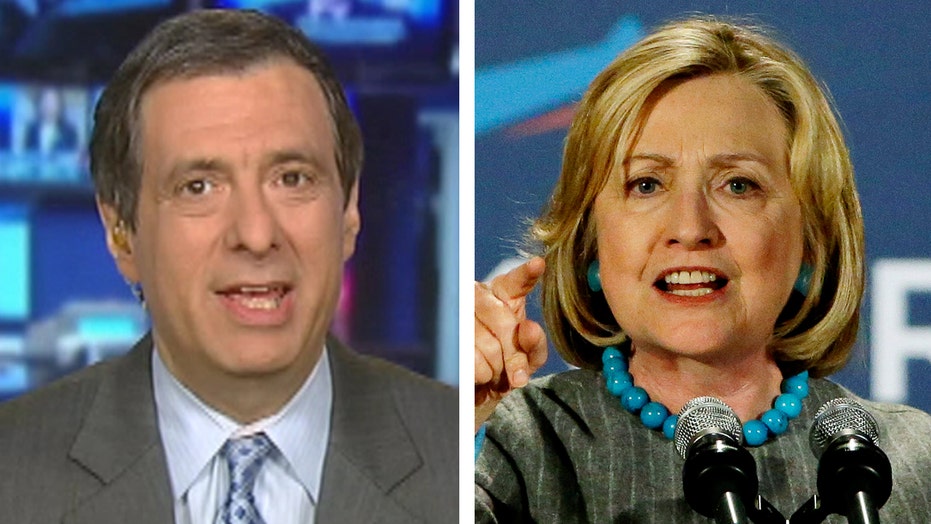 Hillary Clinton’s gaffe about jobs is resonating for several reasons—not least because the media have decided she’s no Elizabeth Warren.

The media narrative du jour is that Hillary is out of step with the populist mood of the Democratic Party—as embodied by the Wall Street-bashing Massachusetts senator who many pundits are still hoping will challenge her. So they are guaranteed to pounce on any mistake that feeds Hillary’s image as an establishment figure who is struggling to be more like Liz.

It’s hard to believe that the former first lady managed to echo Barack Obama’s “you didn’t build that” blunder, given how long that bedeviled the president.

“Don’t let anybody tell you that corporations and businesses create jobs,” Hillary told a Boston rally. “You know that old theory, trickle-down economics. That has been tried, that has failed. It has failed rather spectacularly.” Perhaps it was no coincidence that Warren was also there, stumping for struggling gubernatorial candidate Martha Coakley.

So the overwhelming Democratic front-runner wants it known that she doesn’t believe American businesses, whatever their faults, generate jobs?

That led to followup stories like this one in Politico:

“Hillary Clinton on Monday mopped up her botched statement from a rally in Massachusetts last week, making it clear she’d misspoken and hadn’t intended to deliver a fresh economic policy message.”

At another campaign stop, Clinton said: “Trickle-down economics has failed. I short-handed this point the other day, so let me be absolutely clear about what I’ve been saying for a couple of decades. Our economy grows when businesses and entrepreneurs create good-paying jobs here in America and workers and families are empowered to build from the bottom up and the middle out — not when we hand out tax breaks for corporations that outsource jobs or stash their profits overseas.”

The earlier comment—the one she now says was shorthand—was jarring coming from an establishment figure who is viewed, fairly or unfairly, as too cozy with the banking establishment. Hillary has also been collecting six-figure speaking fees from her appearances before corporate groups.

But the media really love this story because of the contrast with Warren. The pundits have turned this freshman lawmaker into the purest distillation of the liberal id, the crusader who wants to whack Wall Street on behalf of the little people.

Never mind that Warren has said again and again she’s fine with Hillary and isn’t running in 2016, the pundits can’t stand a vacuum. Hillary cruising to the nomination is kind of a dull story line. So what she says, especially on economic issues, has to be measured against a hypothetical Warren candidacy.

In National Review, Victor Davis Hanson took a swipe at her “plutocrat populism,” saying she had bemoaned the crushing costs of higher education in a speech at the University of Nevada at Las Vegas:

“One reason tuition and student indebtedness have soared — UNLV’s tuition is set to go up by 17 percent next year — is that universities pay exorbitant fees to multimillionaire speakers like Hillary Clinton. College foundations sprout up to raise money for perks that might not pass transparent university budgeting. Clinton — or her own foundation — reportedly charged a university foundation $225,000 for a talk lasting less than an hour. For that sum, she could have paid the tuition of over 320 cash-strapped UNLV students…

“Why do so many self-interested plutocrats indulge in populist rhetoric that is completely at odds with the way they live?”

But the New Republic says the GOP’s “obsession” with Obama’s you-didn’t-build-that mistake “revealed more damaging truths about the Republican Party than the gaffe itself revealed about Obama.” Rick Santorum is quoted as saying the Republican convention showcased all kinds of business owners but not a single factory worker.

“None of the Republicans pushing the ‘corporations and businesses’ line actually thinks Hillary Clinton meant to say that investment isn’t a component of economic growth, just as they know from their perches in congressional offices and at donor-dependent non-profits that the entrepreneur isn’t the solitary engine of job creation. But it’s clear they all still believe that riling up business elites by selectively quoting Democrats is a key to political success.”

Of course, Hillary may simply have made a verbal error having nothing to do with Elizabeth Warren. But after that “dead broke” book tour, she needs to avoid developing a reputation as gaffe-prone.

Meanwhile, Hillary’s possible 2016 opponent showed a deft use of the press. I have no idea whether Jeb Bush will run, but he certainly sent a signal, via the New York Times, that he’s leaning that way.

Was this some shadowy source that a reporter met in the Florida Everglades? Nope, it was the former governor’s son who spoke to Peter Baker.

“‘No question,’ Jeb Jr. said in an interview, ‘people are getting fired up about it — donors and people who have been around the political process for a while, people he’s known in Tallahassee when he was governor. The family, we’re geared up either way.’”

The piece says the two former presidents, George W. and George H.W., very much want Jeb to run. More important, Jeb’s wife, Columba, who is most wary of the political pressure-cooker, has given the nod, says Jeb Jr.

To be sure, the Times has a to-be-sure paragraph:

“None of that means Jeb Bush will run. He has said he will decide by the end of the year, and could simply be keeping the possibility open to enhance his influence on the political stage. To some who have spoken with him in recent months, he has not exhibited the same fire that his father and brother did at this stage.”

But consider this: Jeb Bush’s other son, George P., told ABC’s “This Week” he thinks it is “more than likely” that his father will run.

You don’t have to be a brilliant political analyst to believe that both sons aren’t shooting off their mouths without dad’s permission. Jeb is revving his engines.